join us donate
LOG IN or SIGN UP
Liquid syntax error: Error in tag 'subpage' - No such page slug join
find a vendor
January 27, 2014 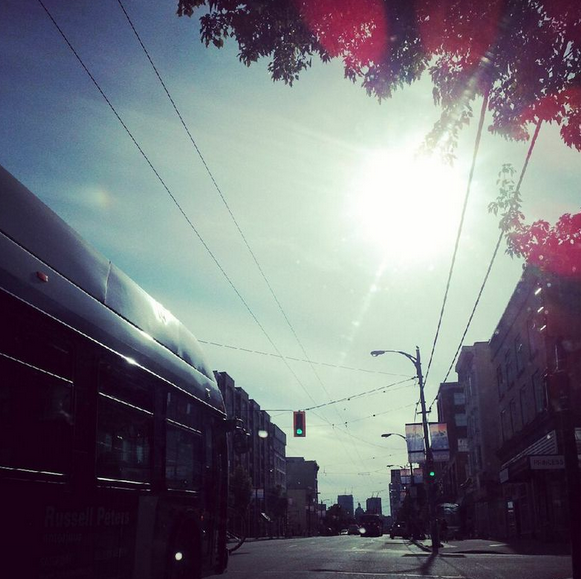 The city has unveiled its vision of the future of the Downtown Eastside (DTES), and the draft plan is unlike any neighbourhood plan Vancouver has seen.

But some critics say the plan fails to go far enough to provide adequate housing for the Downtown Eastside’s poorest.

“Our objective, of course, is to maximize affordability in that area because we acknowledge the housing challenges,” Kevin McNaney, the City of Vancouver’s assistant director of planning, told Megaphone.

In the rest of Vancouver, at least 20 per cent of new housing developments must be social housing. Of that 20 per cent, McNaney says the city tries to achieve 30 to 50 per cent at income assistance shelter rates—$375 per month—while the rest is affordable market rentals and Household Income Limits (HILS) housing: rents set at 30 per cent of tenants’ income.

But in the DEOD, the 60 per cent social housing will be one-third below market rental rate, one-third HILS, and one-third shelter rate. That’s a problem for anti-poverty activist and Carnegie Community Action Project coordinator Jean Swanson.

“Only 20 per cent of the total new housing in the DEOD would be for the people who need it, basically,” said Swanson, referring to the shelter rate.

An alternate member of the DTES LAPP committee, Swanson says her views are her own and not those of the committee. Swanson also takes issue with the draft’s renovation incentives for Single Resident Occupancy (SRO) hotels. The plan calls for SROs to combine two suites into one with their own kitchen and bathroom. That’s a good idea at the surface, but it decreases the number of rooms available with nothing to replace them.

The draft suggests the city could also implement a housing agreement to keep rental rates at renovated SROs down, but Swanson says that idea has already failed.

“The American [Hotel] has 42 units, so they have a housing agreement that six of them have to be at $400 a month, and the others are up in the $500 to $600 range,” she said. “Renovictions could happen easily if people are on welfare.”

In addition the plan calls for 4,400 new units of social housing units and 1,650 rent subsidies for existing market and social housing units in the DTES over the next 30 years. But as Swanson points out, most of the people who need that housing now will be dead by then.

A “social mix” for everyone?

Nicholas Blomley*, a geography professor at Simon Fraser University, told Megaphone the DEOD’s 60/40 social-market rental housing is a “brave initiative.” But overall he is wary of the income mix, which he calls “social mix.”

“One argument for social mix is that it will bring benefits to poorer people, and the evidence around that is ambivalent,” he told Megaphone.

“The other scholarship says that there may even be real costs to more marginalized people if you allow an influx of middle class homeowners into a neighbourhood.”

Blomley highlighted some of those costs in an opinion piece on social mix he co-wrote with two other academics that ran in the Vancouver Sun, earlier this month.

While international examples of social mix in action promised widespread improvements in community education, housing and economy, Blomley and his colleagues argue those positive outcomes rarely materialize for low-income people. Furthermore, the mix actually damage their social networks and sense of community.

“Social mix is never talked about in relation to Kerrisdale”

Blomley adds there’s reason to believe many low-income people are choosing to live in the DTES, instead of being forced to live there as is commonly believed. The only reason people think that’s a bad idea, he says, is because they are poor.

“Social mix is never talked about in relation to Kerrisdale, for example. That would also constitute a ghetto, if you characterize a concentration of a certain income group [that way],” he said.

But the draft is just that, a draft, and McNaney says the LAPP committee and the public have three months to provide their feedback before a final version appears before council on March 12.

Megaphone asked for a response from LAPP committee members, but was told the committee had not finalized their response to the plan yet. The committee, which received a copy of the draft one month before it was published online, will provide their feedback in stages. Initial feedback was due January 10, and McNaney says city staff will meet with individual groups represented on the committee to get their opinions, too.

“We’re just currently organizing workshops and open houses, and such, to get more feedback from the general public. We’re going to do it in each neighbourhood of the Downtown Eastside and that will take place throughout late January and February,” he said.

A separate Social Impact Study on the DTES, created with the input of 600 low-income residents of the neighbourhood, will also help guide decisions about the plan and future development in the neighbourhood. The draft for that study is due for public release this month.\

*Correction (01/27/2014): Nicholas Blomley's name was misspelt in the original article. The correction has been made.