join us donate
LOG IN or SIGN UP
Liquid syntax error: Error in tag 'subpage' - No such page slug join
find a vendor
November 12, 2012

Building Blocks to a New Life: BladeRunners is more than an employment program 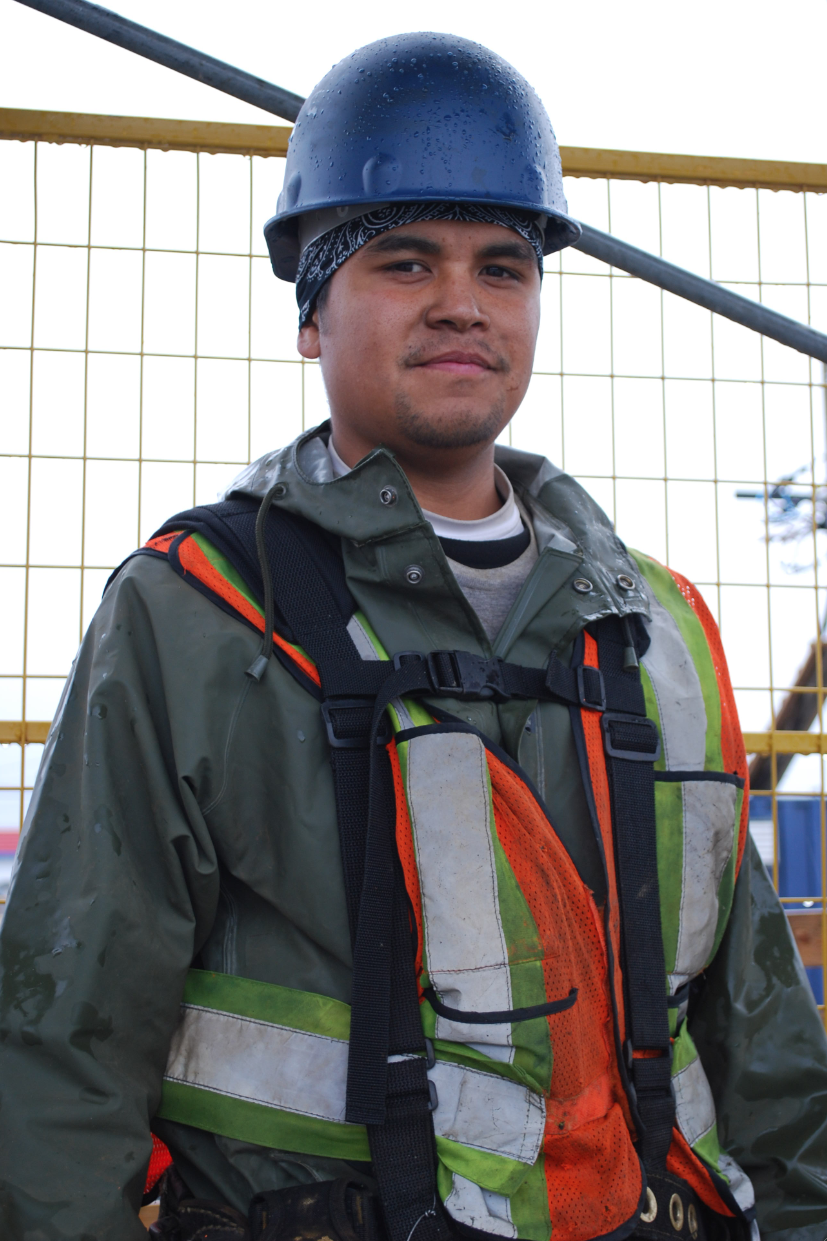 At the age of 27, Shane Watts says his life looks very different from how it did three years ago. As a construction worker, he sets up the foundations of a building, constructing the walls and columns before they’re cemented. He also trains new workers on site.

In his interview with Megaphone during a break, he stands near the busy construction site where he works. The crew works in the pit below, laying the structural foundation of a new building-in-progress.

The scene at the site contrasts sharply with Watt’s life three years ago in 2009. That year, BladeRunners coordinators visited his hometown. Facing little prospects in the small, northern B.C. community, he decided to take a chance and sign up for the employment program that targets at-risk youth across the province. After four weeks of construction training, Watts was set up with a prospective employer.

BladeRunners began in 1994, during the construction of General Motors Place, as a way to match at-risk youth between the ages of 15 and 30 with construction companies. The program’s chief employment partners are in construction, but it has also branched out to other sectors like the film industry.

BladeRunners holds about 11 training sessions a year with about 15 participants in each session. An aspiring BladeRunner signs up and then checks back periodically to see if there is an upcoming session.

“We’re targeting kids who show a little motivation and we’re giving them that hand up,” says director Tom Galway. “So it is one of our tests, to have them check in, to see if they’re at this stage. And if they’re not, we’ll refer them to other agencies that can help them first. We do need to see a commitment.”

What differentiates BladeRunners from many other employment programs is that it casts its support net over a participant’s entire life, not just around employment matters. Once a participant shows their commitment, coordinators return the gesture, providing 24/7 support.

“Ninety-five per cent of BladeRunners are homeless when they come in,” says senior coordinator Gary Jobin. “And they come with a wide range of emotional, health, family issues. It’s all this other stuff that affects them. And if we help with those aspects as well, they become better employees.”

Support ranges from finding housing to food to legal advice. BladeRunners also works to address its participants’ interests outside of work. The program connects them with culturally specific resources, such as sweat lodges, as well as recreational opportunities like playing basketball at the Carnegie Centre.

Not too long ago, Watts struggled with paying his rent. His BladeRunners coordinator, Eddie Taylor, was able to help him.

“The BladeRunner coordinators are very supportive. They’re always there when you need them,” says Watts.

Coordinators mediate between the BladeRunners and their employers. They conduct monthly check-ins, help negotiate raises and provide work equipment like boots or rain gear.

“These are the kids who maybe haven’t had the right breaks in life,” says Jobin. “So we become their coaches, we give them that foot in the door. If we notice they’re slacking or their employer notices, we talk to them, but nobody gets kicked out of the program. Once a BladeRunner, always a BladeRunner.”

In his 17 years working with BladeRunners, Jobin has seen many successes where participants earn near six figures and oversee new workers. Much of Vancouver’s skyline — including the sprawling Woodward’s complex and the luxurious Shangri-La hotel — were constructed with the help of BladeRunners.

Watts hasn’t looked back since setting foot in the city, where he’s been employed ever since he arrived. He is now also the father of two young children. “I haven’t been back [north] since I moved. I’m better off down here,” he says. “Down here, I call it my home. This is where my family is.