join us donate
LOG IN or SIGN UP
Liquid syntax error: Error in tag 'subpage' - No such page slug join
find a vendor
May 18, 2012 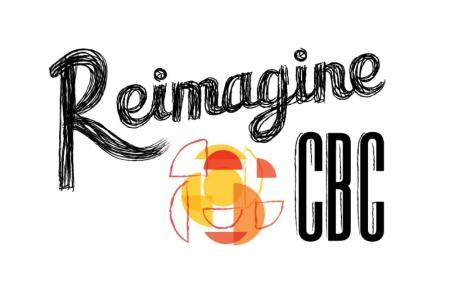 What is your earliest childhood memory of the CBC?

Host Mike Sheehan posed the question during the Reimagine CBC celebration at the Vogue Theatre on Monday, May 7.

Answers ranged from Hockey Night in Canada to the familiar voice of Barbara Budd kicking off the definitive chords of As It Happens. In each response, the CBC played a comforting presence, connecting each person to a larger picture, a unifying national voice.

So what happens when severe government funding cuts threaten this voice?

Vancouver-based OpenMedia.ca responded by establishing Reimagine CBC in January — anticipating the cuts that would be announced in the March federal budget. With the help of Gen Why Media and Leadnow.ca, the idea was to get the public involved in helping their broadcaster. They recognized the CBC could be improved and wanted input.

The campaign also shows the government that people are unhappy with the cuts, as 35,000 have signed Reimagine CBC’s online petition, according to its website. Reimagine CBC speaks to the importance of civic engagement in the age of failing socio-political structures and growing online presences.

“We’re trying to demonstrate and experiment with new forms of civic engagement,” says Tara Mahoney of Gen Why Media. “We want to help the CBC become more communitybased and user-driven.”

On the Reimagine CBC website, Canadians post their ideas about the future of the CBC. Last week, they were narrowed to six values: open and participatory, informative and indepth, a digital innovator, community-driven, uniquely Canadian and a watchdog of powerful interests.

The organizers encourage Canadians to rank these values on a questionnaire online. Eventually, using the information gathered through the different phases of the campaign, Reimagine CBC will send a report to the CBC and CRTC by the fall, according to Leadnow.ca’s Jamie Biggar.

“We want to get as many people filling out that questionnaire as possible,” says Biggar. “We want to act as the filters to help the community articulate their position.”

Currently, Canadians pay $34 a year for the CBC and 75 per cent are willing to increase this amount to $40. However,in March, the federal government announced it would be cutting the CBC’s funding by $115-million over the next three years.

The situation indicates the miscommunication between the powers that be and the  general population. It speaks to what organizations like Gen Why Media and Leadnow.ca want to improve.

Current forms of civic engagement no longer acknowledge young people, says Mahoney. The youth demographic is less willing to participate in traditional forms of action such as voting or writing a letter to an MP.

“They don’t believe in the political structure that exists,” she says. “So they’re like, ‘Why keep engaging in a system that I don’t believe works?’”

Gen Why Media found Generation Y (those born between the late-1970s and early 1990s) would rather participate in a more tangible form of action, such as volunteering or joining a non-profit. Gen Why engages people in intergenerational dialogue through projects such as their regular “Bring Your Boomers” dialogue series.

“We believe in the power and potential of citizens collaborating to re-imagine public institutions,” says Biggar. “It’s democracy in practice.”

Public media has the potential to play a vital role in improving the current state of civic engagement. It is a form of media whose voice does not need to be diluted by special interest groups.

This past week, gatherings took place in communities across the country. Until May 20, Canadians are able to find a local gathering or host one of their own, inviting people to further discuss the CBC.

Together, the ideas from these meetings contribute to a citizens’ report, to also be presented in the fall.