join us donate
LOG IN or SIGN UP
Liquid syntax error: Error in tag 'subpage' - No such page slug join
find a vendor
April 21, 2016
by Stefania Seccia follow this author
photos: By Jackie Dives
feature

Cover story: Voices of the Street

The annual literary anthology reflecting the diverse range of writing from the community is in its sixth year, and it’s all about change

The 2016 Voices of the Street is hitting the pavement at the end of April, and to highlight the talent and scribing skills, we’re publishing four bonus pieces by four authors featured in the anthology. 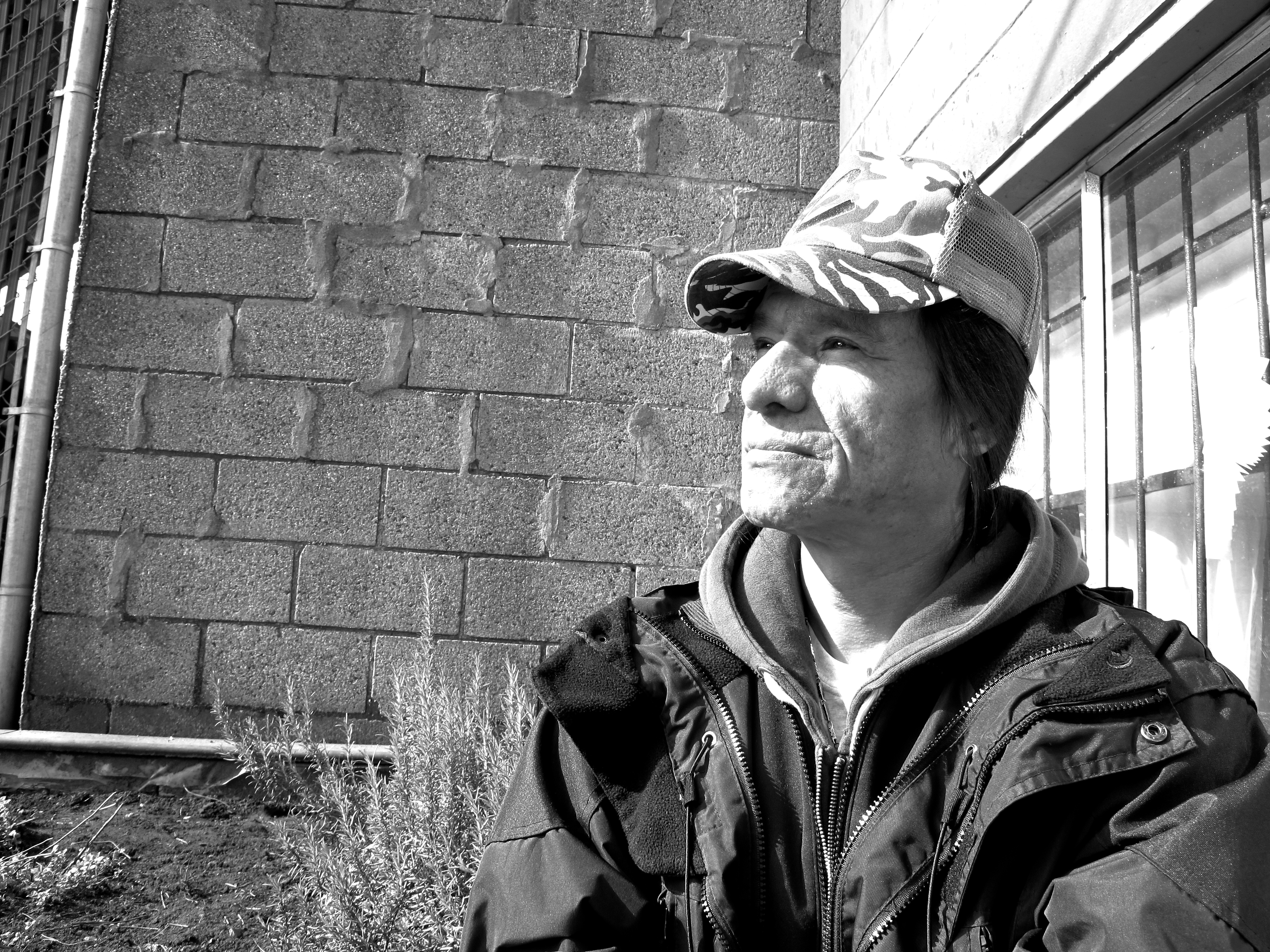 By The Bear Whisperer

When I walk the streets
of Vancouver. I walk in waterfalls of rain.
The rain is needed by
mother earth. It’s needed by
the trees, fruits and beautiful
flowers of many colours.
Down to the quiet animals
And that don’t bother people.
Quiet, until they are threatened
Or protecting their young from danger.
Waterfalls of people of all
Nations and colours on the streets
Of Vancouver.
This is a poem to my friend whose
Friendship is like a waterfall of
Happiness, kindness and love.

The Bear Whisperer is a prolific poet living in the Downtown Eastside who has been published in both Megaphone and Voices of the Street for years. He is a former participant of Megaphone's creative writing workshop at the Drug Resource (Lifeskills) Centre. Read his poem "Not Yet Broken" in this year’s Voices of the Street. Photo: Jackie Wong.

It’s him I’ve been waiting for. Or at least that’s how it feels. I don’t even know him. We just met. I told him he was beautiful. He’s heard it before, but I don’t think he knows it. I can tell she’s on his mind. All he can think of is her. The one he’s in love with. She doesn't love him. He’s made that clear. She brings him only heartache and pain while she chases her addiction through any man’s bed with a few dollars to throw her, once they've blown their load. He loves her regardless. He followed her to the east end, from far, far away. He offers his tender heart to her again and again, bruised and bleeding. Her power over him is a spiteful card played at will. Just her trick, another dick. She hates herself, not him. But she’s convinced and he’ll never understand. He says he wants to leave her, but she gives him something he can’t give himself. He lies wounded in my bed, half naked, between my blankets. I watch him sleep while he dreams of her. He kissed my shoulder in his sleep. I would give him everything I could. Anything he’s ever wished for. He makes me melt and scrambles my brain. I can’t fall asleep next to him. My mind just spins. I want the chance to make him happy. That voice of caution says, “Don't do it. You'll only hurt yourself and you know it.

Hold back your tears. Before it’s too late. It already hurts and will only hurt more. Let him go. He’s not yours. You’re not her. He comes to see me to escape the pain she inflicts, if even for just a few moments. For tonight, he forgets. Her spell is broken until sunrise. Then he becomes hers again. Why must I long for pain, want for that which I can’t have? Silly girl ... believe what you will. You’re only lying to yourself. Sick love fools. Can’t tell who is who. Too close to see, the sick love fool, is ME
... For Him 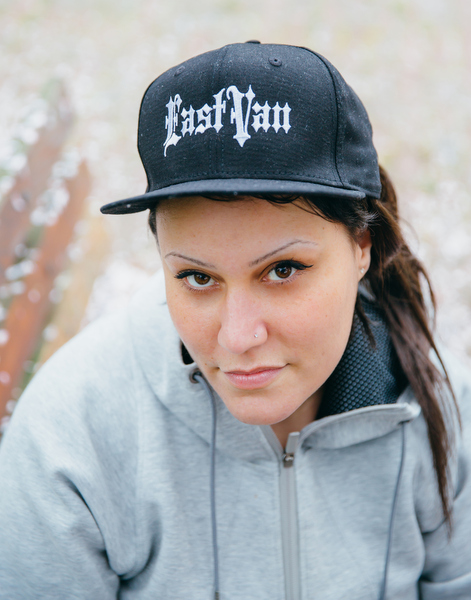 Sarah Ouellette is a former participant in Megaphone’s creative writing workshops. She lives in the Downtown Eastside. She has consistently been published in Megaphone and Voices of the Street for several years.

The breath of a heart, rapid
Chained to the energy
You can defeat fear
Slowly, slowly
He creeps and is always there
But can be a forgotten shadow.
Fear, fear, fear,
Of others, society, growing up, life
Of an expectation.
Instead, a warrior inside fires,
Glisten, shine a sword,
Journey on quiet,
And never remember a fear
You never do know a warrior is here.

Knightz Da N.e.W was a participant of Megaphone's creative writing workshop at Directions Youth Services Society. Read his "Remembering" poem in this year’s Voices of the Street.

Me. You. Tipping Canoe 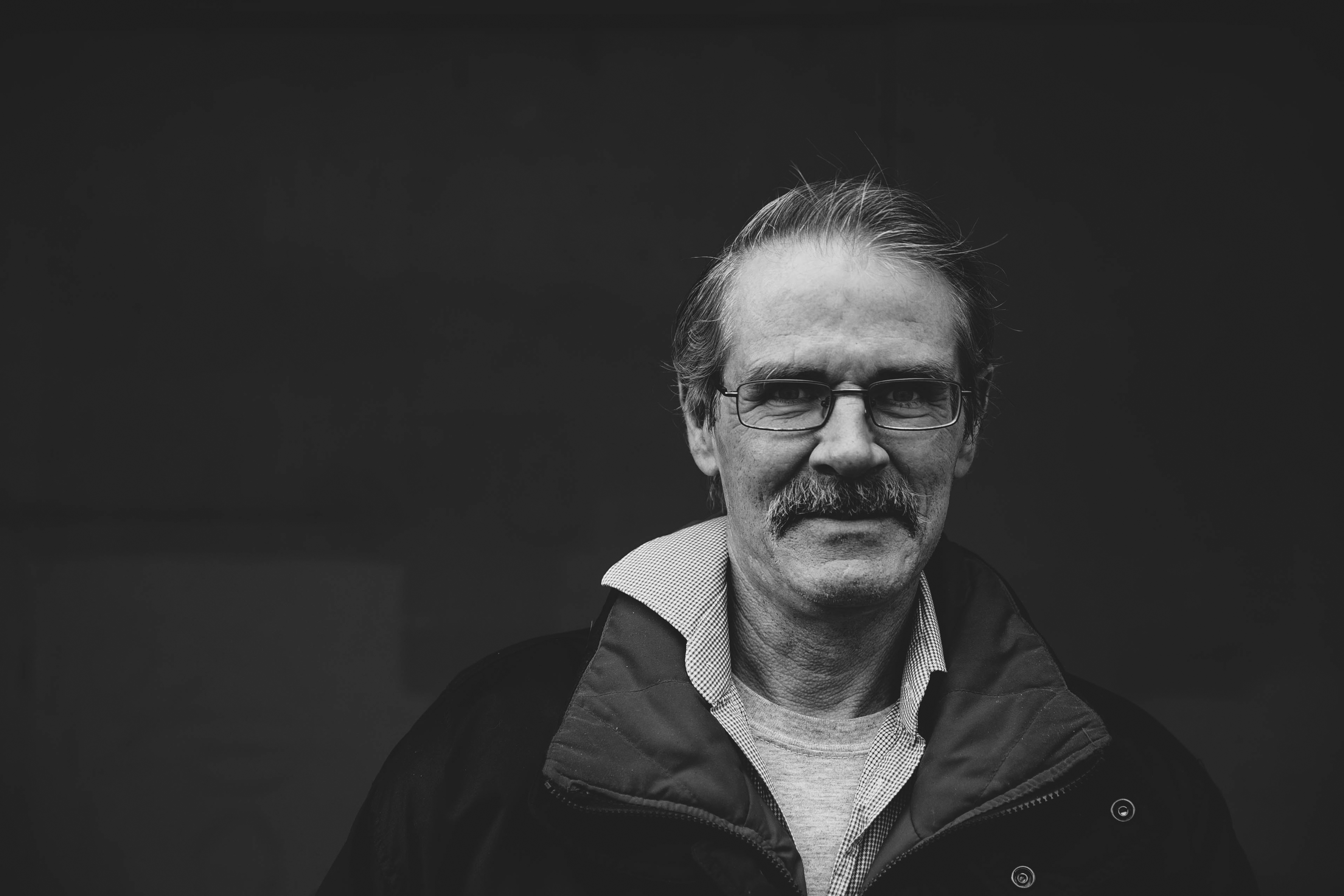 1985. Chilliwack. No you.
Rough, cold, fast water.
Deep. Me without you.
Paddle. Paddle.
Tipping. Tipping canoe.
Beyond equilibrium.
Me. No you. Beyond recovery.
Sinking. Dreading sinking.

Neighbours are tipping.
Tipping and falling.
Sinking and dreading.
Point of no return.
Beyond equilibrium.

2015. DTES. Me.
Me without you.
Still grieving your ending.
Clinging to my beginning.
No tipping. No falling.
No sinking. No dreading.

No rough driving river.
No paddle. Canoe.
No recklessly wading
Where shadows are blue.

James Witwicki found himself living in the Downtown Eastside, homeless, and using drugs and alcohol, after tragically losing his wife. But he turned his life around and returned to writing during his recovery, especially after joining the Carnegie’s Thursday Writing Collective. Read his piece "The five-year plan: Chapter 1" in this year’s edition. Photo: Jackie Dives.