join us donate
LOG IN or SIGN UP
Liquid syntax error: Error in tag 'subpage' - No such page slug join
find a vendor
January 17, 2012 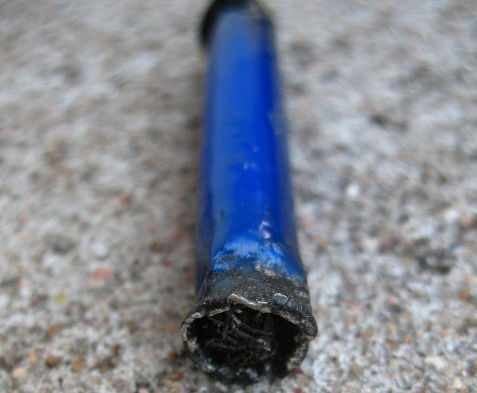 It just became a little safer to smoke crack in Vancouver’s Downtown Eastside, thanks to a Vancouver Coastal Health’s free crack smoking kits.

“By preventing the sharing of crack smoking equipment and providing the heatproof, shatterproof stems, we can reduce cuts and burns to the lips of users and reduce the spread of infections,” says Trudi Beutel, public affairs officer with Vancouver Coastal Health (VCH).

Crack users are at risk of contracting Hepatitis B and C, pneumonia, tuberculosis and potentially HIV from smoking the drug and sharing pipes.

Thanks to $60,000 of funding from VCH, and a donation of push sticks, swabs and mouth pieces from the BC Centre for Disease Control, the health authority has enough supplies for 60,000 Safer Crack Kits, which is supposed to last until July.

Approximately 4,000 kits have already been distributed. But the Vancouver Area Network of Drug Users (VANDU), which is assembling the kits for VCH, say they now ration supplies.

“The first three or four weeks, we wanted to saturate the area and also let people know that we’re giving out the pipes and try to stop some of the black market, so everybody knows that they’re free,” says Hugh Lampkin, president of VANDU. “[But] it’s a hundred kits we’re doing right now each day. That’s our cap.”

That number is down from the 170 kits VANDU used to sell for $2 each. They still keep a few extra kits with their own supplies on hand to distribute by donation, hoping to prevent rationing from turning crack smokers away. They also sell lighters for an additional $1.50.

Crack users themselves assemble the Safer Crack Kits, which are then distributed from the VANDU office, the Washington Needle Depot, the Portland Hotel Society’s mobile harm reduction van, Lookout Shelter, and the Drug and Alcohol Meeting Support Life Skills Centre.

“It’s very good to get people thinking creatively within a population of people who are extreme risk,” she told Megaphone, saying crack users taught VANDU about the importance of crack kits, particularly for women.

“What they pointed out was ‘every time I have to ask a favour from somebody [for supplies], and they become aware that I’m looking for something to do with consuming drugs, they realize I’ve got drugs on me, and they’ll either pressure me for some of those drugs and make me share them or I could get beaten up.’”

Neither VANDU nor VCH know how many crack users there are in the Downtown Eastside, but are hoping the program will provide some answers.

“It’s to help us gather information that we just don’t have a lot of, primarily to determine how many crack users there are out there, and also track what the positive health outcomes would be from distributing safe pipes and clean mouth pieces,” says Beutel.

Livingston says it’s also a good way to reach out to drug users invisible to health professionals who focus on injection drug use.

“A lot of the crack smokers do not inject drugs, so they have had no contact with anyone,” she says. “They can’t go to the injection site, they smoke. They’re not getting any kind of interaction.