David Suzuki: If there is a war on cars, which side is winning? 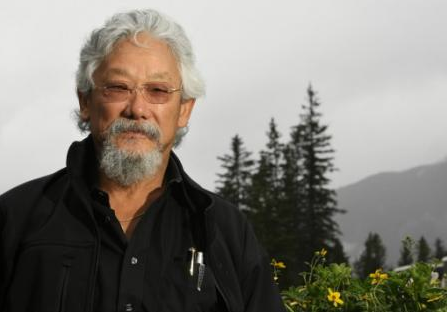 We humans like our wars. We have a war on drugs, a war on terror, a war on crime, and now, it seems, a war on cars. The latter “war” has entered the political vocabulary in Vancouver, where city council has been trying to reduce reliance on private automobiles; in Toronto, where the mayor is driving the agenda in the opposite direction; and in Seattle, where bike lanes and increased parking fees have come under fire. In the U.K., they’ve been calling it a war on motorists.

It’s not really much of a war, though. If anything, it’s just a bit of catch-up to create better public spaces and to allow more sensible forms of transportation some room in our car-dominated cities. Let’s take a look at some of the battlefields—and the casualties.

In Vancouver, opponents and local media predicted “chaos” from a bike lane on the Burrard Bridge, which connects the city’s downtown with the West Side. After the chaos failed to emerge, opponents, rather than learning from experience, went on to predict the same thing for other bike lanes in the city, mostly in the downtown core. Despite a few bumps, the chaos has yet to reveal itself. At the same time, the provincial government is spending $3 billion on a new 10-lane bridge and expanded highways to move cars and trucks in and out of the city.

In Seattle, in addition to a few new bike lanes and a slight increase in downtown parking rates, politicians are considering spending $7 billion on a new bridge and a new tunnel to keep the cars and trucks moving.

Nowhere has the term been more ubiquitous than in Toronto, where it became a rallying cry leading up to and during last year’s civic election. Numerous headlines in business- friendly newspapers raised the alarm about the city’s war on cars, with one newspaper even referring to it as a ‘nutty war on cars’. It was all because the city council of the day was spending money on public transit and bicyclevand pedestrian infrastructure and, according to opponents, not enough “to make it easier for cars to move throughout the city”.

Rob Ford, who won the election to become Toronto’s mayor, campaigned on ending the war and, in his first speech after taking office, announced, “Ladies and gentlemen, the war on the car stops today.” He had already declared a new war “on the streetcar” and promised to rip up bike lanes. Part of Mayor Ford’s battle includes ending the city’s Transit City plan, even though the city has already spent $137 million on it and committed to another $1.3 billion in contracts. The plan, seven years in the making, had also received funding commitments from the provincial and federal governments.

If there is or has been a war on cars, the cars are winning. Cars—often with a single occupant—still rule our cities and roadways, and they’re still relatively inexpensive to operate. And despite minor reductions in parking in cities like Vancouver to make way for bike and pedestrian infrastructure, most North American cities still devote way more valuable land to parking spaces than necessary. In the U.S., there are eight parking spaces for every car. We also devote an incredible amount of real estate to our ever- expanding road systems, often at the expense of public spaces.

As for casualties, 32 per cent of the 44,192 accidental deaths in Canada between 2000 and 2004 were from motor-vehicle accidents, 70 per cent in the 15 to 24 age group, according to Statistics Canada. Add to that the numerous injuries caused by vehicle accidents—often caused when cars come into contact with pedestrians and cyclists—and you get a pretty good idea of which side has the upper hand in this “war”. And much of the health-damaging pollution and greenhouse gas emissions that contribute to dangerous climate change come from private automobiles.

So if there were a war on cars, we would have to conclude that people are on the losing end. Of course, there is no war on cars. The only battle regarding cars is a propaganda war, and, as Guardian writer George Monbiot points out, it’s “about private interests trumping the public interest, about allowing people to pursue their desires, regardless of the cost to society.” Maybe it’s time we really did wage a wars on cars.

David Suzuki is the co-founder of the David Suzuki Foundation. This column regularly appears in Megaphone Magazine.