join us donate
LOG IN or SIGN UP
Liquid syntax error: Error in tag 'subpage' - No such page slug join
find a vendor
March 13, 2013 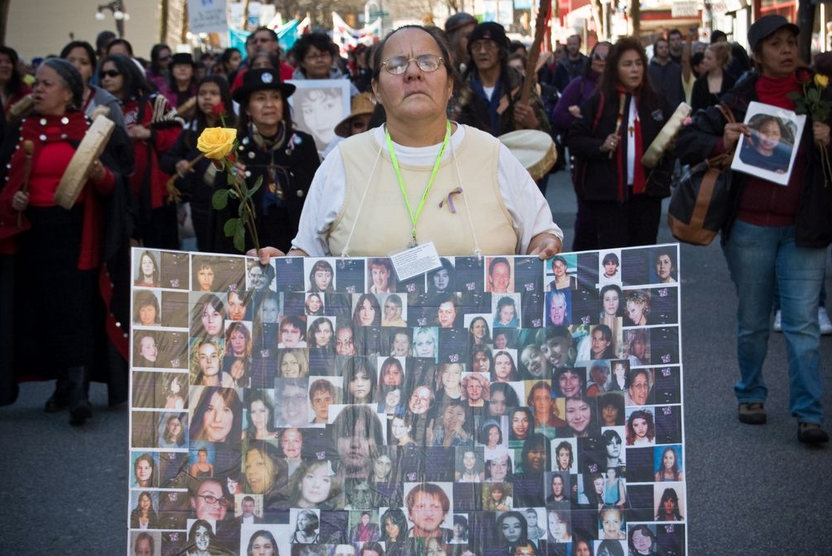 Idle No More may be fading from the mainstream media’s gaze, but a distressing reminder last month about the importance of this indigenous-led movement came when Human Rights Watch released a disturbing report accusing the RCMP of torturing and sexually assaulting Aboriginal women in northern British Columbia. It’s another indictment in a far-too-long list of abuses that Aboriginal people, especially women have faced and continue to face in this country.

The New York-based Human Rights Watch sent two researchers to northern B.C. last summer. They traveled from Williams Lake to Prince Rupert, crossing the infamous ‘Highway of Tears,’ where 18 women, mostly Aboriginal, have disappeared over the past four decades.

The Human Rights Watch researchers interviewed 50 Aboriginal women who told them stories of being tasered by RCMP officers, strip-searched by male officers and bitten by police dogs. The most extreme allegation was that of a gang raping. They are difficult allegations to process, but sadly far too common in this province.

For many Aboriginal women, the police are not seen as protectors, but as the perpetuators of an abusive system. The police are part of a governance structure that ignores their grievances, treats them with disdain and, as the Human Rights Watch report lays out, physically assaults them.

The RCMP, federal government and many media outlets joined in demanding that if the complaints are to be taken seriously, the alleged victims should bring them to the police—a dismissive response that essentially calls on the victims to trust the very people who abused them.

Unfortunately, I was reminded of just how destructive the relationship between the police and Aboriginal women has been when I participated in the 22nd annual Women’s Memorial March this past Valentine’s Day. The march is an emotional trek through the Downtown Eastside that commemorates the many murdered and missing women in Vancouver, women who were as good as left for dead by the police.

But the march also left me with feelings of hope. For as bad as the relationship has been with the police in Vancouver, things have slowly improved over the last decade. Programs like Sister Watch have been a step in the right direction. And the very fact that more than a thousand people show up at the march every year to mourn this tragedy and honour the lives lost shows that people will keep fighting for a healthier relationship.

I think, and hope, the same can occur with the RCMP in northern B.C. There’s a lot less pressure for the police to be accountable there, but the Human Rights Watch report is a landmark action that has brought attention to these abuses and helps explain how it could be that so many Aboriginal women have been allowed to go missing and murdered.

Ten years ago, Human Rights Watch released a report about the Vancouver Police Department’s crackdown in the Downtown Eastside, which was supposed to be targeting drug dealers, but was actually causing a great disturbance to drug users. Then, as now, the response to the report from police and politicians was dismissive.

However, relations between the city’s police and marginalized citizens have slowly—perhaps too slowly—improved. Now, the same must happen between the RCMP and Aboriginal women.