join us donate
LOG IN or SIGN UP
Liquid syntax error: Error in tag 'subpage' - No such page slug join
find a vendor
October 24, 2011

Finding hope in the shadows: Calender project and photo contest shed light on a community 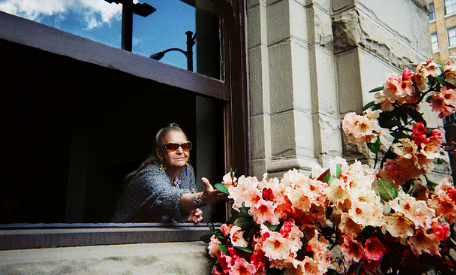 There is a feeling of camaraderie in the air, of recognition as greetings are exchanged, and the slow swell of anticipation as Paul Ryan, Hope in Shadows project director, and Carolyn Wong, the project’s coordinator, prepare to gather the attentions of those in attendance.

Everyone has gathered here for a ceremony marking the ninth printing of the iconic Hope in Shadows calendar, which features images by homeless and low-income residents who, using a standard single-use camera, are asked to represent themselves and their experiences through photography.

The idea was conceived in 2003 as a fundraising project by Pivot Legal Society, a local organization working to build equality using legal tools. The calendar, however, is only a part of the larger Hope in Shadows project. Its photo contest, street vendor program and travelling exhibition aim to present to people a humanity often lost in preconceptions about this community.

Their idea was to distribute cameras for those who wished to shed a light upon their neighbourhood by depicting their lives as seen by them, thus promoting a greater understanding of the area and its residents. This year, more than 200 hundred cameras were issued on June 1, resulting in the submission of more than 4,000 photographs at the contest’s end three days later.

The top 40 images were then determined by a panel of judges, and those to be published in the calendar were sekected by members of the DTES community.

The cover of this year’s calendar, which is now being sold on the streets by vendors across the city, features a photograph by Kim Washburn, co-winner of the “Downtown Eastside Community Choice” award. His piece, entitled “Eastside Magic” depicts Christiane Bordier leaning through a window at Carnegie Centre, her arm outstretched toward a vibrant rhododendron. 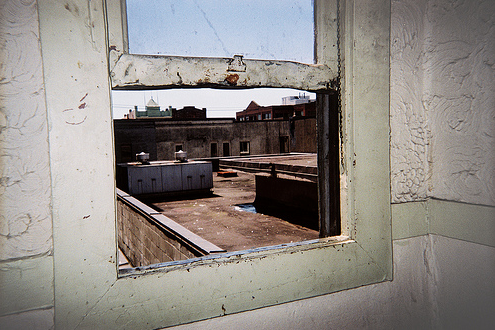 “From the elders lounge here [at Carnegie Centre], it was just a beautiful day and it was just [a] moment that probably we’ll never see again,” recalls Washburn. “As a metaphor—with this building, the rhododendrons, this woman—they’re seeds of hope. They’re flowers that perpetuate hope. And that’s what this is really about for me. I was lost down here and, like the hope in the shadows, it’s being found again.”

One thing which fuels the success of Hope in Shadows, stresses Ryan, is the ability for people like Washburn not to simply represent themselves on their own terms, but to tell their stories through imagery.

“Every single photograph has a story to it,” he says. “People who have taken the photos come in and we interview them and they talk about their life and their dreams and what they do. It’s quite a story with each photograph.”

“Eastside Magic” and the remaining 39 top-voted photographs will form a traveling exhibition which opened October 11 at the Pendulum Gallery (885 West Georgia St.). From there it will move on to the Vancouver Public Library in November before ending at

Dr. Sun Yat-Sen Gardens in December. It is the pride that comes with having one’s work displayed in both public and private settings, as well as the personal sale of such work, that has inspired change within the photographers themselves.

“I’ve seen people who may have been photographers before, or maybe have never taken a photograph in their life, get such a huge amount of energy and confidence from placing a photo in the top 40,” describes Ryan proudly. “I’ve been to where they live and they put the picture on the wall, the photographs are there, they identify with being a Hope in Shadows photographer.” 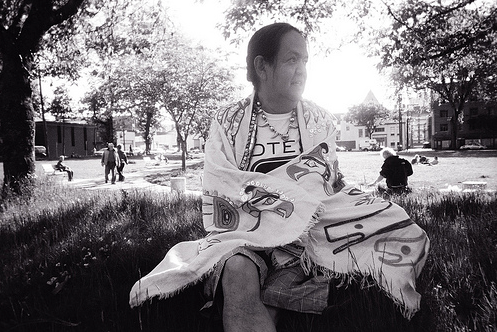 A Life's Work by Norman Hall.

Washburn agrees. “With this challenge it gives people a positive way to be part of society, to be part of the community because a lot of the most amazing people that I’ve met in my life came from here,” he says. “There’s all of us, from all nations, and [it’s] just a beautiful mixture, all of these cultures and all of the experiences people bring, the strength and the hope. We don’t have to live a thousand bad days in a row.”

The change, however, is not simply individualized or bounded by neighbourhood borders. When asked if he thinks that Hope in Shadows has been effective in changing negative DTES stereotypes, Ryan is effusive.

“It’s like being very subversive,” he explains. “There’s this beautiful calendar and it has all of these stories and they go up on walls all over Vancouver, into living rooms and into boardrooms and they change people’s perceptions.”

For Ryan, there’s also value in the connection made between the person selling and the person buying. “We know from the research we’ve done that it's a big part of people’s support for the project is they love the calendar, but they [also] love the fact that they buy it from someone [who is] on the street. They love the personal perspective.”

Washburn is optimistic that this burgeoning sense of understanding will result in positive change.

“Some great things have come from here and I know that a lot more will come out of here now that will show people, [it’s] not just about unemployment or politics, but putting a name to that face.

“It’s not that we’re here to prove ourselves morally or more ethically, but in a humane way: that we’re humans, we’re part of humanity. We’re people.”