join us donate
LOG IN or SIGN UP
Liquid syntax error: Error in tag 'subpage' - No such page slug join
find a vendor
October 03, 2014

In 2011, I published a collection of linked short stories called The Beggar’s Garden, a book set in contemporary Vancouver and loosely based on my experiences working for many years in a Downtown Eastside homeless shelter.

In the book, I tried to represent this city as a chorus of interwoven voices speaking at once, to portray it as a web of desperately lived lives, each teetering on the edge of some irreversible change.

This past September, it was my pleasure to teach a series of writing workshops to a group of Megaphone vendors. Though I don’t teach often, this was an opportunity I jumped into with both feet. Here’s why: I often pity the undergraduate creative writing students I’ve taught. Many of them are powerhouses of written fluency and technical ability, with literary ambition to burn, but sometimes I stare out into their fresh, eager faces and think, “What the hell are you guys going to write about? You’re babies!”

The most exciting thing about teaching the Megaphone vendor workshops: there was never any shortage of material. The average vendor has enough life experience to overwhelm an entire library stack with books, so I focused my efforts on craft, on telling a good story, selecting a powerful image or a blistering emotional detail.  For this series of pieces you’re about to read, I chose the topic of home, leaving it as open-ended as I could.

As I expected, there was a bounty of insight and experience brought to bear.

In my view, Megaphone has always been the best-named publication in the business. Because a megaphone is an amplifier—and an inexpensive, accessible one at that. A megaphone can make an unheard voice audible, or a tentative voice commanding. It can lead a march, direct a crowd, sing a song, or blare out a warning.

And the writers in this fine magazine you’re holding in your hands—this megaphone—do all of those things, and more.
–Michael Christie 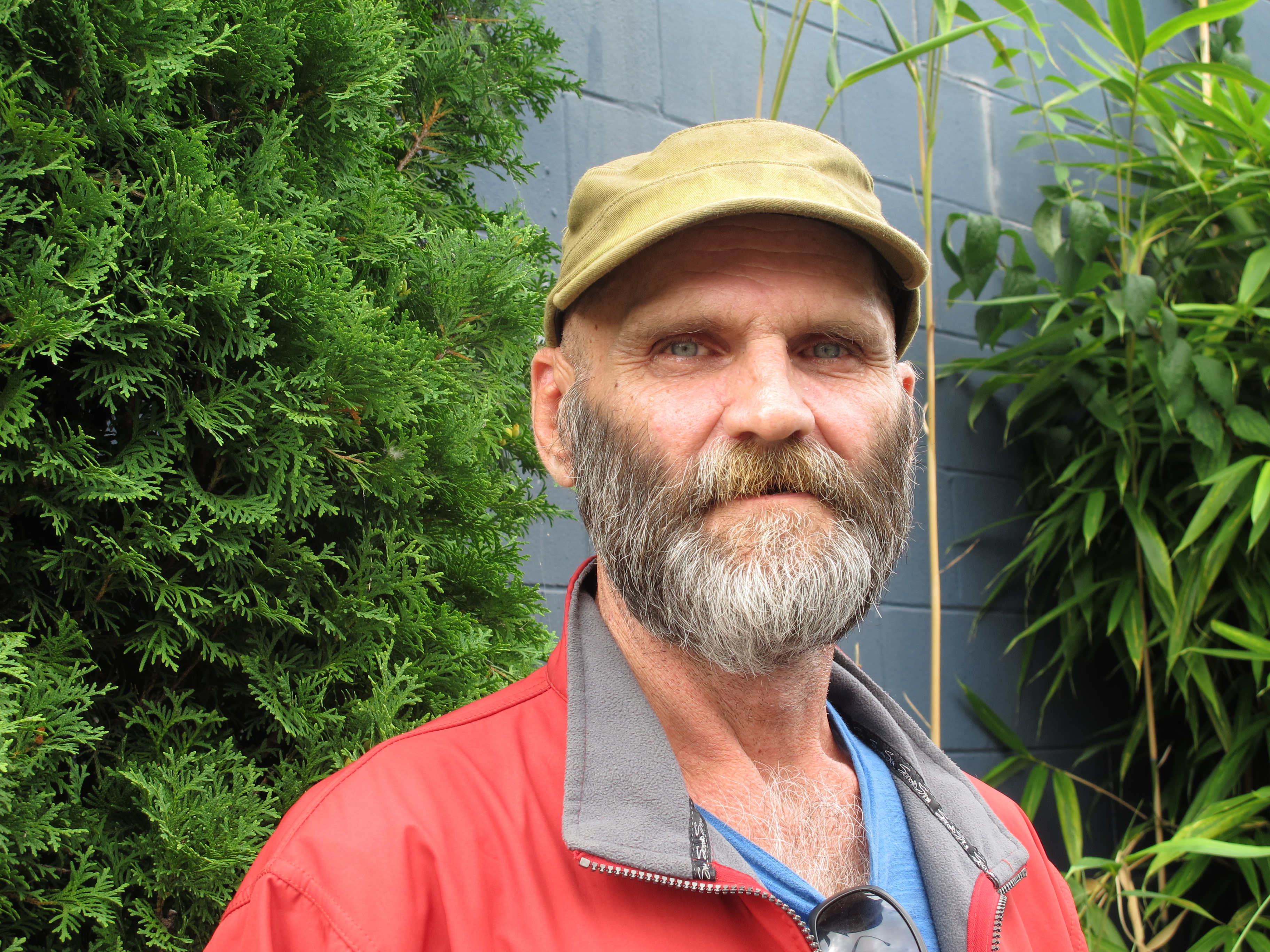 My first introduction to the concept of home began as my parents brought me to their home direct from the hospital, a dilapidated hovel nestled in a tiny village in southern Ontario. If home is a tangible thing, then by all standards, this would appear to be a poor beginning.

To me, it was just a house with four walls, windows, and a bunch of different rooms inside. I don’t think my parents thought of it as a home. It is easy to build a house compared to the task of building a home. But like a house, a home needs materials to erect a strong sanctuary of learning, security.

I had to rely on the Cleavers: Wally and the Beave taught me what should happen in a loving home. As I grew older, it was the Brady Bunch. I grew an understanding that home is a sanctuary that contains the things we will need to build our own home when we are ready.

We share our family version of home. When we age, we go out to expand the world we know, armed with the lessons learnt during our childhood years.

I realized quickly that most of what was taught to me didn’t translate quite the way I had hoped.

Home is a double-edged sword. If our compass has no true north, then we could end up filling our home with lies. This is when we can make a mistake of thinking daily beating is a sign of home. A crack house can be homey to one who doesn’t know better. It doesn’t make it any less a home to each individual. We adapt as best we can with what we have. 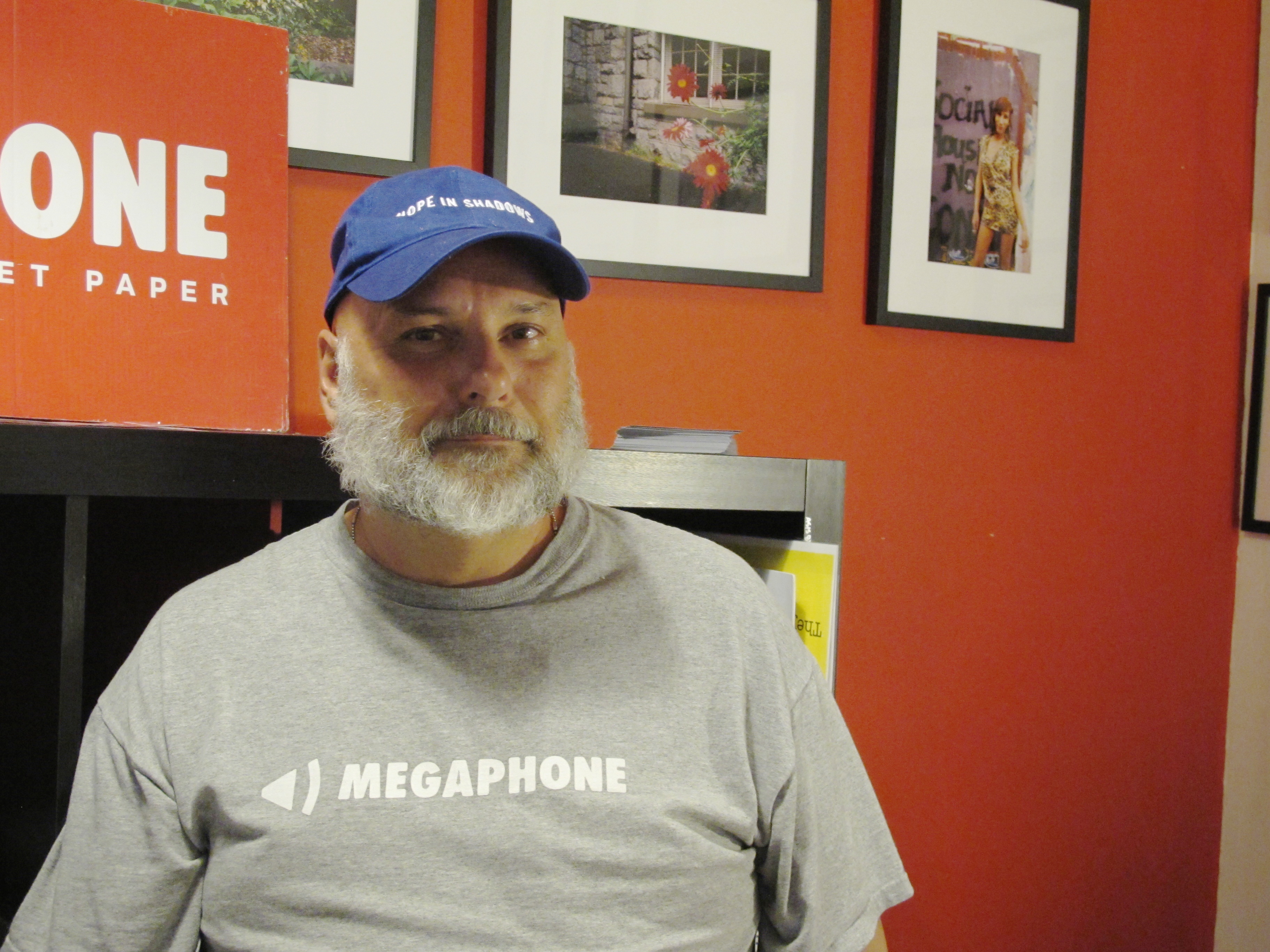 What is home?
By Garvin Snider

If home is where you hang your hat, or where your heart truly is? To have homeostasis on the homestead, or abide amicably in one’s own abode? All these rang true for me when I moved from Ottawa, Canada’s capital and my hometown, to Vancouver in 2002.

The Snider side of my family settled the Ottawa Valley region in 1723, pre-Confederation (1867). I have discovered that both cities share many common themes and similarities, mainly civic and urban planning-wise. There are many parallels in the design and layout of the streets.

Both cities were rebuilt after suffering major fires (lumber being the main industries). To connect the trans-continental railroad across Canada from Parliament Hill to the Pacific Ocean.

The downtown cores hold numerous examples of heritage buildings, featuring architecture from that era.
Ottawa was not Canada’s first capital. That honour goes to Kingston, located on Lake Ontario. After the War of 1812, Queen Victoria decided to relocate the capital, fearing it would be captured by invading American forces.

The new capital was called Baytown after Colonel Bay, the engineering officer who completed the task. It was later renamed Ottawa, in reference to the Odawa First Nations peoples.

My first year in Vancouver, I lived at the YMCA on Burrard at Nelson until I settled where I now call home base, the Oppneheimer District of the Downtown Eastside.

As I walked around, getting to know the heart of the downtown of Vancouver proper, I would make my way from Robson to Granville, turning eastward on Pender and sometimes Hastings streets, cutting through Victory Square past Cambie, heading further east towards Main Street and Chinatown, doubling back through the Downtown Eastside, passing Pigeon Park via Carrall Street, west on Water Street, up along Gastown. It was all very reminiscent of landmarks found in Ottawa’s historic downtown area. Rideau and Elgin Street, the Bayward Market, the Sparks Street Mall, Bank Street Promenade, including Snider Plaza, Somerset Street, Chinatown.

That feeling of familiarity, that sense of déjà vu, that you’ve been in a place well before; I instinctively and without hesitation knew which direction to go.

The ease and comfort I’ve felt in moving about both the cities stems from knowing with confidence my bearings are firmly rooted in our nation’s history. Rarely, if ever, have I found myself lost in either city. And I am so thankful to now have at least two places I can consider home in my native homeland. 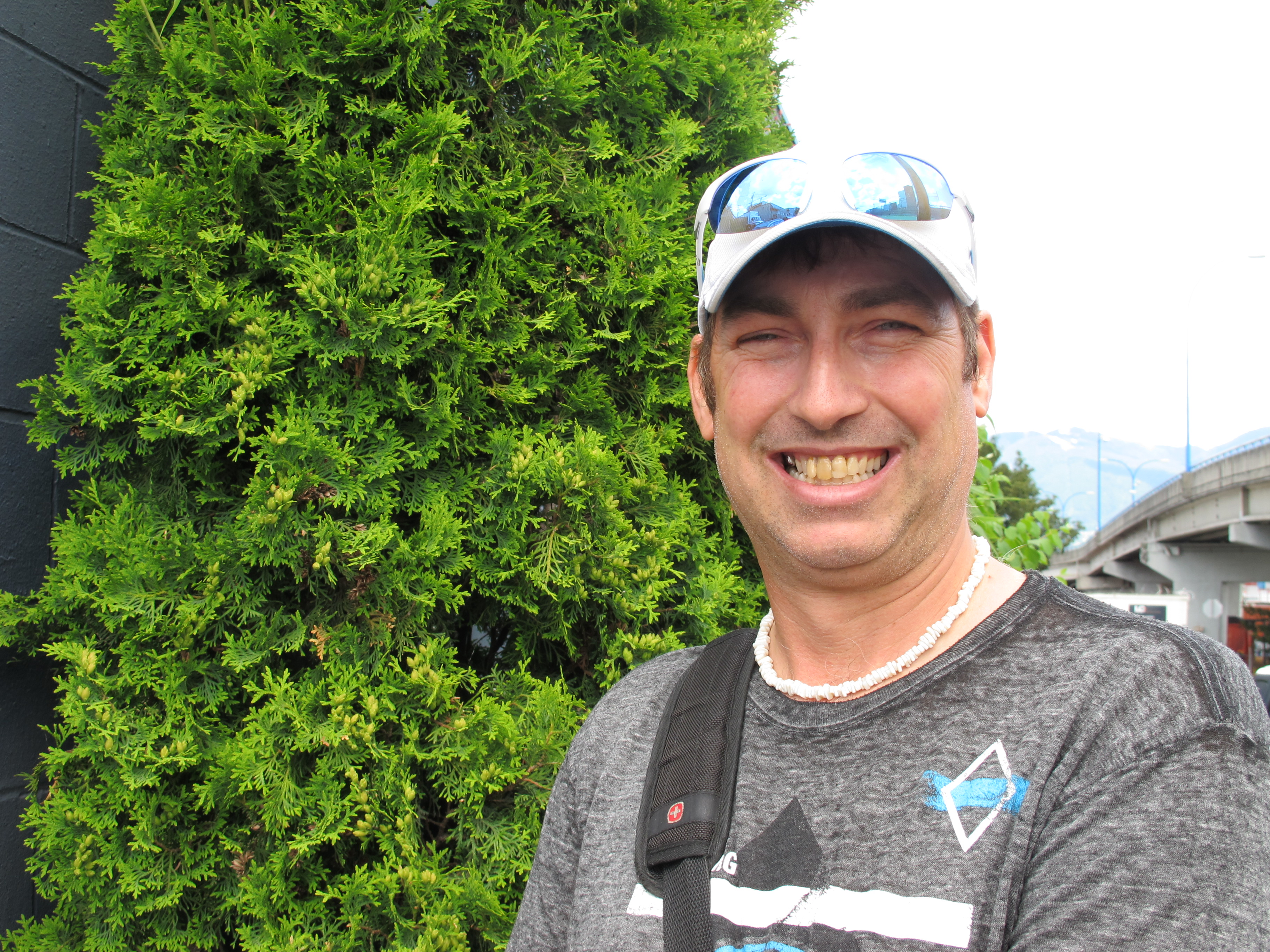 The home where I was born
By Stephen Scott

The home where I was born was a very big home with four bedrooms, two bathrooms, a living room, a kitchen, and a basement for a playroom.

The house was in a farm town called Saint-Hyacinthe in the province of Quebec, about 30 minutes from the city of Montreal. In front of the house was a big rectangle swimming pool with a small water slide and trampoline. Some stairs were attached to the pool for getting in and out. The pool was painted a nice blue turquoise. The pool started at two feet and went to 12 feet.
I turned four and was living in that home. My dad wanted to sell it and buy a big piece of land across the bridge by Highway 20, about a mile from our house. The second house was built when I turned five. This time, no swimming pool because the accident happened: I almost drowned in the pool. I was pushed into the pool by accident by some youths who were playing around by the pool. Lucky me, I was saved by my uncle.

The second home was bigger with lots of land around the house. The left side of the house had a huge garden. In the back, we had a sandbox and an apple tree and cornfields. On the right side was a tennis court and some swings
and slides, plus a fire pit and chairs and picnic table. I lived in that house until I turned 16, when I got
my drivers’ license and got my first car: a blue four- door Pontiac. I decided to move to Montreal because I wanted a new job and I didn’t want to be a farmer. I waned to be independent from my family.

My third home was much smaller. I was living alone in a one-bedroom place. For some reason, I wanted to travel and discover every big city in North America as a photographer. I was able to travel everywhere. I lived about one year in each big city until I decided to study in Toronto at York University, where I studied business administration to open my own business in Vancouver.
I arrived in Vancouver in 1994. I stayed until 2000, when I decided to go to Montreal to see my family for New Year’s Eve. Then, I had a big car accident. I fell asleep driving across Canada alone. I woke up from a coma two months later.

Today, after two major accidents, I live in Point Grey near Jericho Beach in a studio apartment. Today, I have peace and quiet. 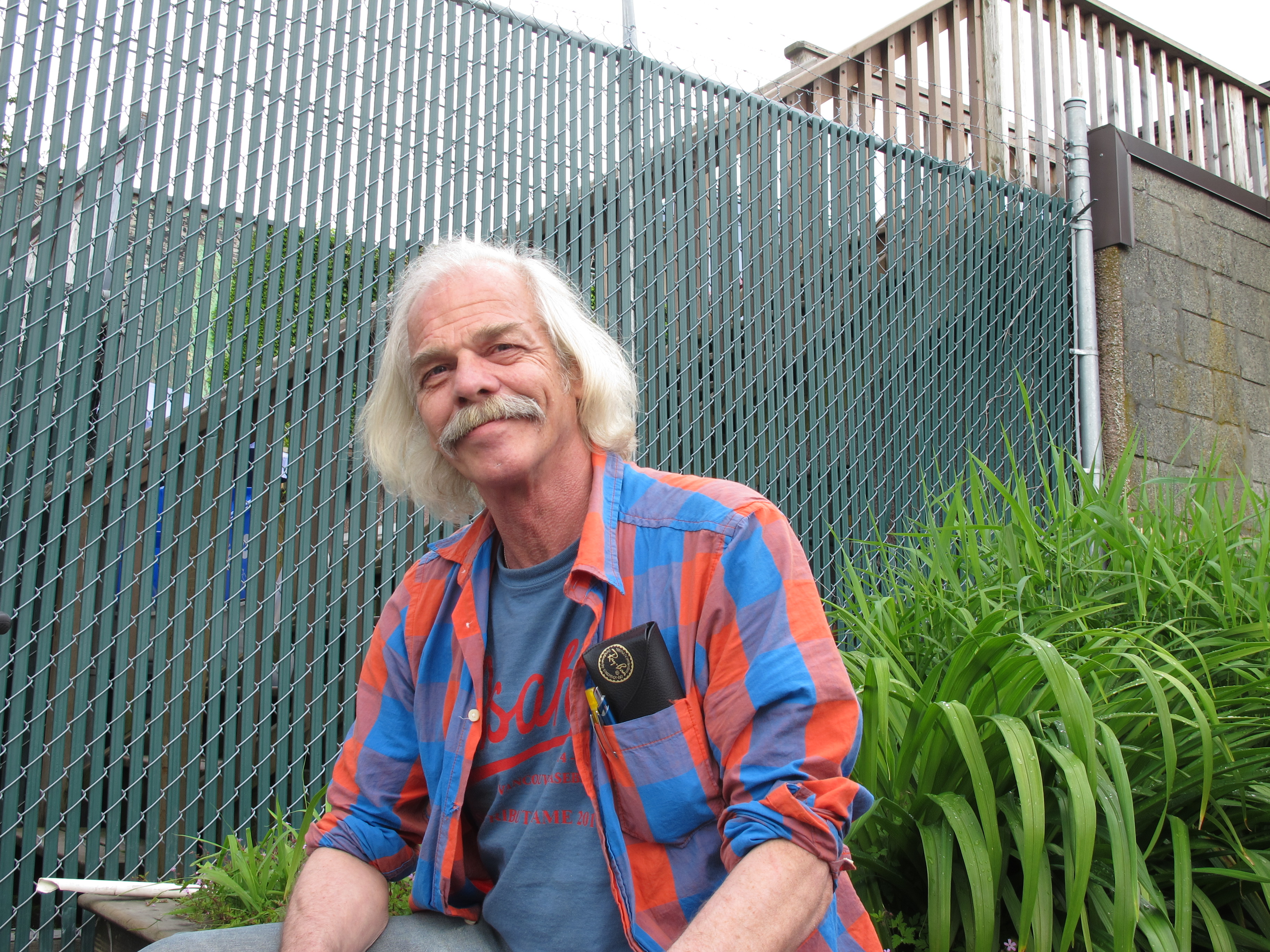 On the doorstep of home
By Hendrik Beune

Home
Can be a place,
It can be more than one place,
Or more than a place at all

Home Is more like a space,
A mind space,
A timeless mindspace...

Home is a timeless mindspace
With past, present and future all united.
Connected through threads of overwhelming feelings.

Home is a web!
Home is a web of emotions
Which can be far apart in space and time.
Yet somehow they connect...

Some of these connections are familiar
Like being with the family ‘at home’.
Some people never had a home like that
Yet they can feel at home elsewhere...

You can feel at home in a place you’ve never been
But innately you feel at home.
Like you were born with a sense for home.
Home can be magic!
A magical place home is...

If it is a place at all?  You can be in one place and drift away in your mind so to speak
Drift away to where your heart and soul takes you... Home is heart and soul!

Home is innocence and home is knowledge
The wise can feel at home anywhere
The wise, they are enlightened and at
One with the creator, they say.

All the same... it’s magic! Like love, home is where the heart is, they say!
There is a treasure in that little gem of wisdom... and it can be found anywhere, if you just take the time!

Epilogue: A home is not static
We live in a home
We must hold space for the future
It’s holistic, it’s Permaculture Design.
Thus a home is also “the next adjacent possible”! 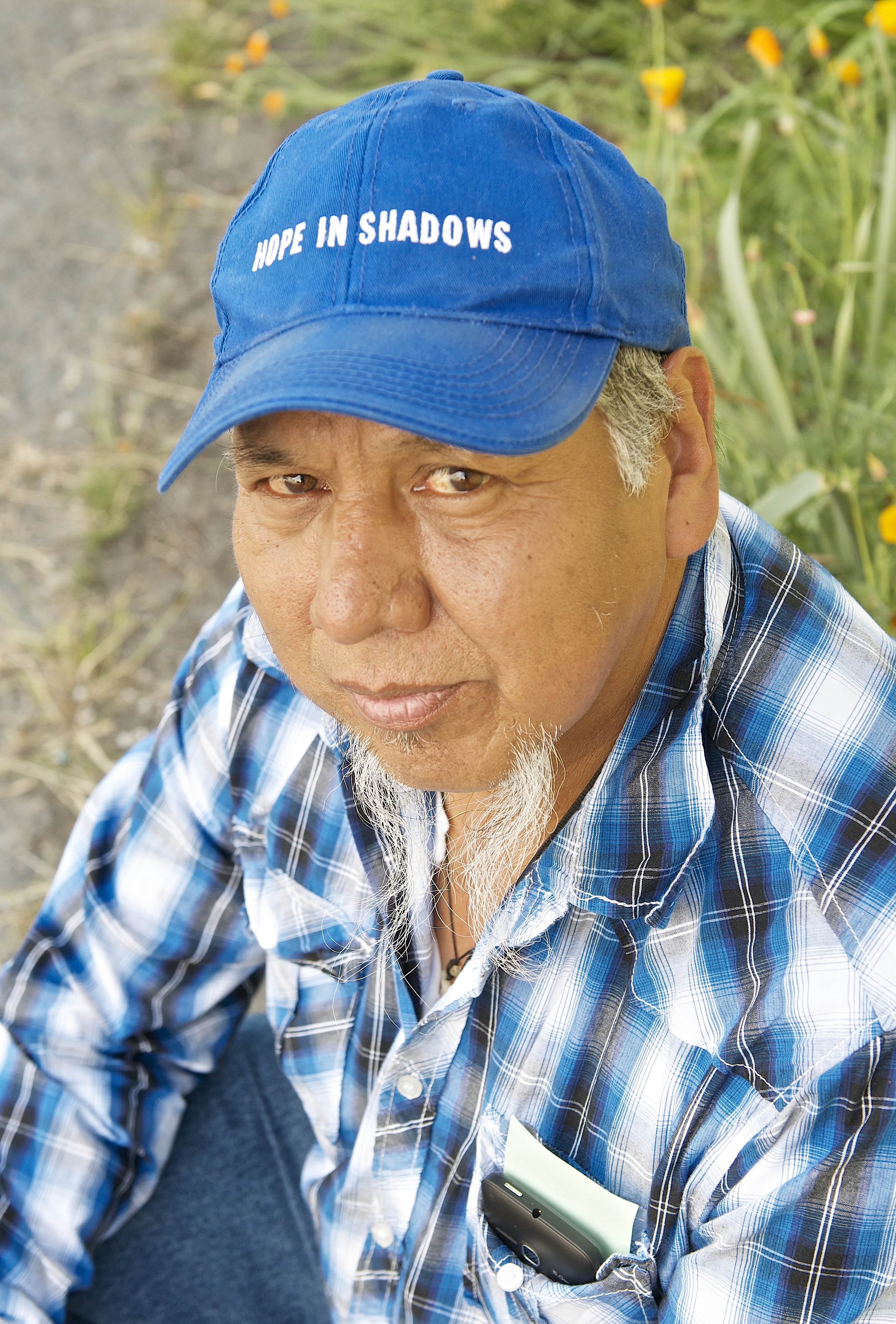 Home is
Full of joy, happiness and life
Push past the sad ugliness and strife

Home is
A place of love, laughter, and song
Where everything is right
And you wish no wrong

Home is
Like heaven, this I pray
Where I will go one day