Five Minutes with Voices of the Street 2012 Contributor Mick Goodhart 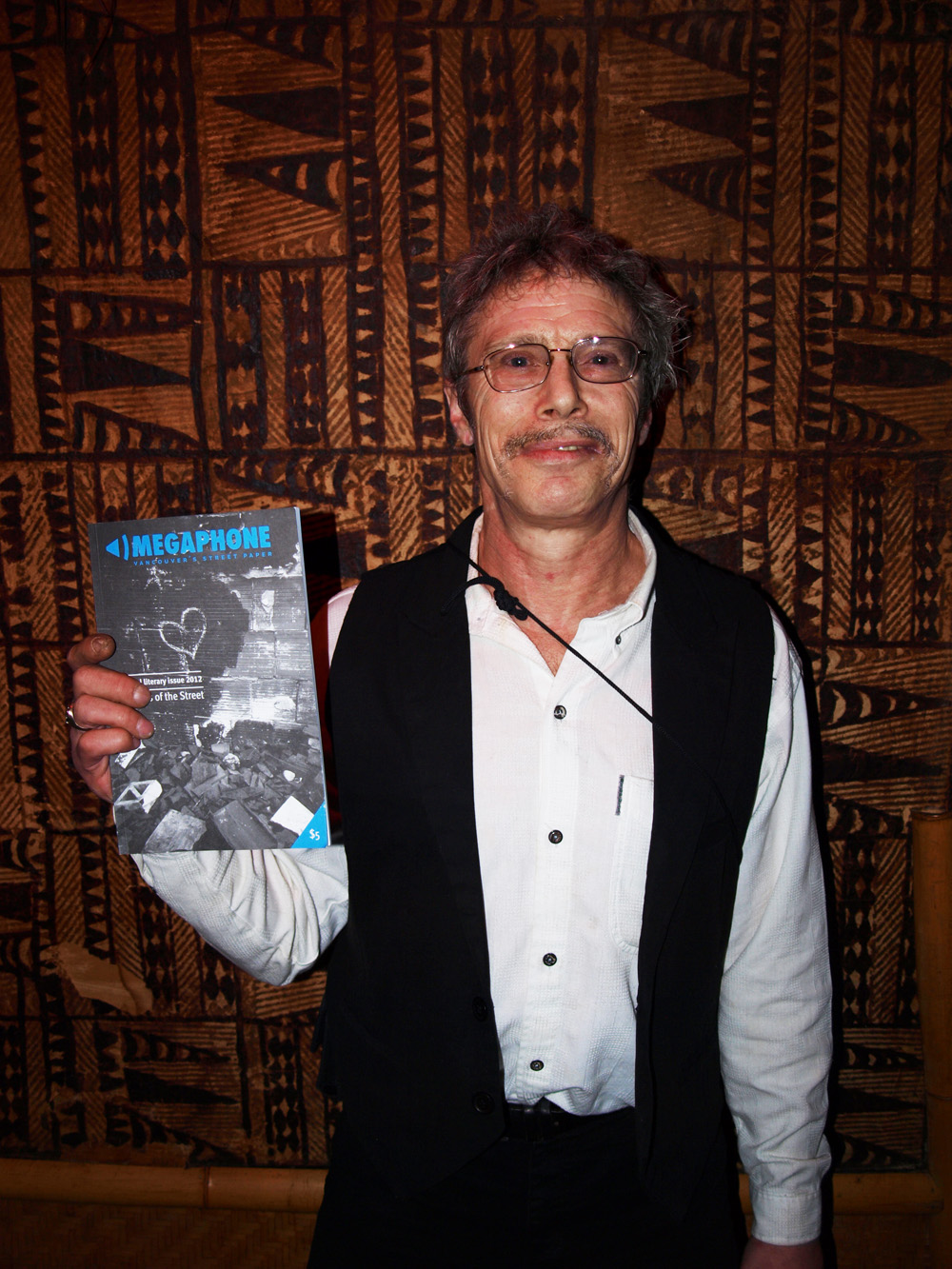 After New Year’s, I’d run out of money and so my sales were basically at a standstill, and I got a little discouraged. So then I thought, “Well, why don’t I try writing?” I got a lot of encouragement from friends to write, so I wrote my article and while I was waiting to hear whether my article was going to be accepted or not, I came to a vendor’s meeting and got some free papers, then went out to sell. I went out for an hour and a half in the pouring rain, sold 3 papers, got sick, and went out and sold 3 more. I was still a little discouraged.

But then I found out that my article was going to be accepted, so I was really pumped about that. So basically I decided right then that I am going to keep vending and keep writing.  I’d never been published before, and it just feels great.

Many moons ago, I had a psychic reading done and it really left an indelible impression on my mind. I was wondering what I was supposed to be doing with my life, and she told me there was this dark tunnel for a while with a light at the end, and she said I would make it through and be successful later in life.

She asked me if I like to write, and I told her, you know, I have such a hard time being motivated to start. I’d have a hard time writing my mom a letter (laughs). Like at school, for all of my assignments, I would stay up all night the night before they were due and just go nuts.  But I noticed that once I start writing, I can’t stop.

She told me that I was going to be a writer, and I found that pretty hard to believe, and then she pointed to a beautiful oil painting up on the wall. She said, “You know, the girl who painted that had never painted before, and I got the feeling that there was an artist, a painter, inside of her, and that was her first effort at producing something. So you never know – why not try writing? Well, it only took me another 30 years before I started to actually realize that maybe I should write.

With [the Voices of the Street] issue, I’m totally inspired to keep writing. This is like the diving board helping me jump into it now. I’m pumped, and I would really like to develop my craft. I know that this is something I’m going to do because I enjoy it, and I’m getting a lot of positive feedback. I’m already involved with one creative writing workshop down here, and I’m definitely going to give the Megaphone workshop a chance too.

My favourite thing about writing, now, is having my writing accepted. You know, the accolades you get from people. My sister is totally happy and proud of me, and everyone I’ve shown my work to has been really kind and supportive, I don’t know if they’re lying to me or not (laughs), but  it definitely makes me feel good about myself.

It gives me a big shot of self-esteem, and, you know, it’s not such a bad thing to be able to entertain a perfect stranger, eh? What the heck."

Mick sells Megaphone in front of Meinhardt at 14th and Granville. His piece "The Accident" is featured in Megaphone's special 2012 literary issue, Voices of the Street, available from licensed vendors on the streets of Vancouver.