join us donate
LOG IN or SIGN UP
Liquid syntax error: Error in tag 'subpage' - No such page slug join
find a vendor
June 04, 2013 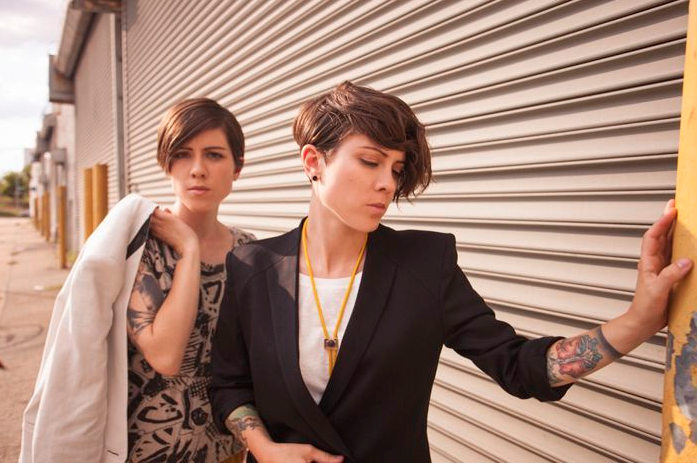 Tegan and Sara Quin have long had a cult following, a troupe of admirers that has swollen both in numbers and devotion with every album released since their 1999 debut, Under Feet like Ours. Yet, after 14 years in the business, it seems the Canadian 32-year-old twin sisters have just chipped a hole in the shell of the mainstream commercial audience.

The duo released their seventh studio album in January and it has been incredibly well received. Reviewer Marc Burrows declared it a “thumping good pop record” in UK webzine (web magazine) Drowned in Sound. And there have been similarly glowing epithets in NME and Rolling Stone. Co-produced with Greg Kurstin (Pink, Lily Allen, Ke$ha), Heartthrob is a 36-minute confession peppered with shiny synths, seamless call-and-responses and traces of Cyndi Lauper and Robyn.

There’s a sense of cautious optimism about some of the tracks on Heartthrob; others make you want to lie on your tummy on your bedroom floor and read every journal entry you wrote in Grade 9. But somehow there’s a cohesiveness to Heartthrob, too, a thread that weaves through all of Tegan and Sara’s albums.

This sense of continuity is something the pair works hard at. Tegan Quin says. “It’s important that both of us are able to tell our stories using our own voices … but it’s also important to us that our records feel like a band, not two individuals sharing a CD.”

Part of what makes Tegan and Sara so likeable is their eager Canadian politeness. On stage, the pair often responds to applause with enthusiasm and gratitude. Even when performing as a support act (and they’ve done their fair share of this over the years, having supported The Black Keys, Paramore, The Killers and more), they work hard to win over crowds.

During one support gig in Melbourne for Jack Johnson in 2010, for example, Tegan asked members of the crowd, about a quarter of the way through the set, to lift up their right hand and swing it forward. Most people did, albeit with self-conscious hesitation. Tegan did the same.

It sounds silly, and regardless of whether she does it at every concert, the tactic worked. By the time the sisters had played a further three songs, even the hardest cynics had been won over.

“Making new fans is hard work,” Tegan admits. “You use different muscles to win people over than you do to entertain your own audience.”

This chirpiness may also serve to divert attention from something more sinister. In a blog post for entertainment site Spinner.com in 2008, Sara Quin said she couldn’t remove the “stinging intolerance” and “slurs of homophobic audience members’ words” from her ears. It’s hardly a stretch to imagine that, even in 2013, reactions to outspoken lesbian twin sisters are still divided.

“Typically people are quite awesome, but in certain instances we still endure ignorance and intolerance, even by our own fans. It’s quite strange really,” Tegan says. “But that’s why we are so open and honest about whom we are. It’s important to break down the walls between us and the people who judge us so they can become used to us and love us and change.” 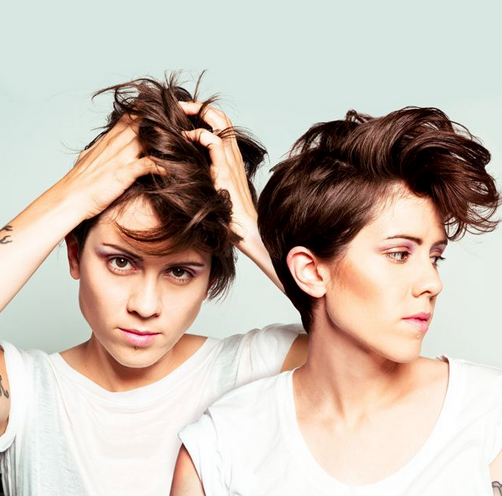 Whether by conscious decision or a strange kind of osmosis, the sisters have racked up a rich résumé collaborating with a host of impressive women from the music and performing arts industries. They’ve worked alongside the likes of American stand-up comedian Margaret Cho, Paramore front woman, Hayley Williams, filmmaker Wendy Jo Carlton (Hannah Free), and American singer-songwriter, Rachael Cantu.

Tegan says it’s simple: “It’s just nice to have women around. It’s inspiring and comforting, and women tend to be meticulous and hard workers. We’ve learned a lot playing, touring and collaborating with women.”

The Quins are familiar with being on the receiving end of help from a more established and experienced musician; they were signed as teenagers to Neil Young’s label, Vapor Records. In the years since, both sisters have shown an interest in fostering young acts. Sara has assisted Brisbane indie band, An Horse, and produced New York rapper, Hesta Prynn, and Seattle band, Fences, while Tegan has worked with Paris-based singer-songwriter, Charla McCutcheon, on her debut album.

“I love working with other bands,” Tegan says. “It’s a different perspective. I still invest 100 per cent, but I’m investing a different part of myself. I love sharing what I’ve learned with new bands … It’s so nice to be able to pass on what I’ve learned so far in my life. Both professionally and artistically.”

Perhaps influencing the next generation of musicians is another way Tegan and Sara can help build their audience.

That muscle they’ve been conditioning for so long, the one that lets them win people over, is stronger than ever.