join us donate
LOG IN or SIGN UP
Liquid syntax error: Error in tag 'subpage' - No such page slug join
find a vendor
August 06, 2012

Housing Heals: How stable housing may put people on the path to better health 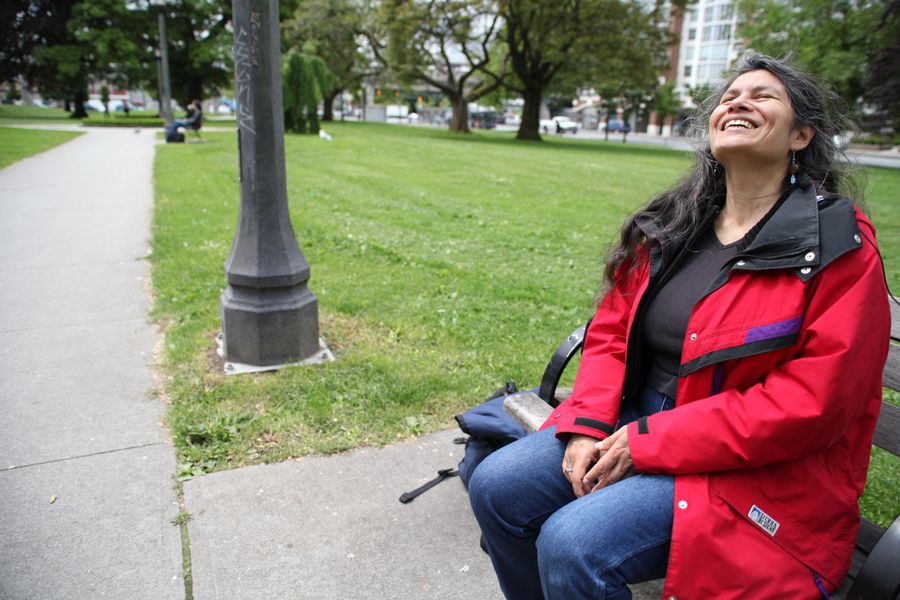 Phoenix sits on a bench at Thornton Park where she spent her first night homeless in Vancouver. Photo by Justin Langille.

Phoenix (last name withheld) was first diagnosed with a mental illness in her mid-20s. Initially, the diagnosis was multiple personality disorder, then it changed to dissociative identity disorder. Finally, when both disorders lost diagnostic favour in the psychiatric community, Phoenix was told she had schizoaffective disorder.

She links her illnesses to a chaotic childhood with an angry and violent father and a mother who abandoned the family when she was nine. Nothing was stable or safe; Phoenix spent her first month homeless at age 16 when her mother kicked her out.

Like her name, however, she rose from the ashes of a rocky childhood to a more stable adult life. By the time she was in her early 40s in 2005, Phoenix was a journalist working on her master’s degree in international conflict analysis. She was living in Ottawa with her partner and young son. She had dreams of having a successful career, of living a normal life.

But her relationship fell apart. When her ex fought for custody of their son, life went haywire.

Phoenix’s paranoia became uncontrollable and she ended up spending two years on the streets; she travelled around Montreal, southern Ontario, New York and Washington, D.C. When she lost custody of her son, she travelled west and spend the last few months back and forth between the streets of Vancouver and a frief stint in a Victoria hospital.

Despite short stays in psychiatric wards on both sides of the border, homelessness made it more difficult to deal with her mental illness.

“If you’re homeless and you’re feeling anxious, it just gets worse.” 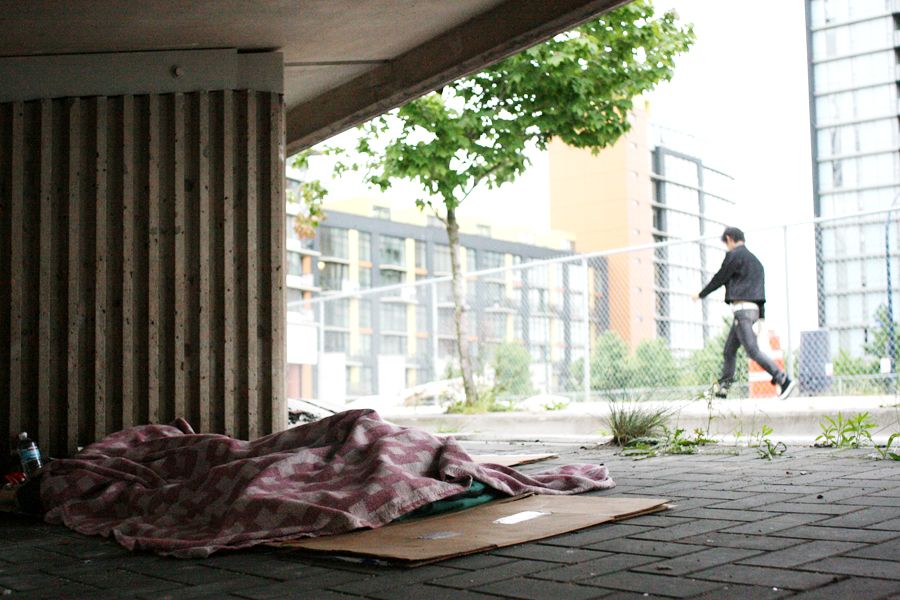 According to a 2011 B.C. health study, 93 per cent of Vancouver's homeless population have a mental disorder. Photo by Justin Langille.

Homelessness and mental illness often go hand in hand. The 2011 British Columbia Health of the Homeless Survey questioned 500 homeless people living in Vancouver, Victoria and Prince George, and found the vast majority suffered from mental illness and struggled with addiction to drugs or alcohol. Like Phoenix, almost half experienced homelessness before they turned 25.

Dr. Michael Krausz, lead researcher for the Health of theHomeless Survey, attributes the high rate of mental illness among the homeless to a vicious cycle of childhood trauma and addiction. The situation is exacerbated by the lack of accessible mental health support for low-income people in B.C. “What is pretty clear is that any kind of mental challenge, or trauma, or substance abuse is a high risk factor for becoming homeless,” said Krausz.

Commissioned by the University of British Columbia (UBC) and the Centre for Health Evaluation and Outcome Sciences (CHEOS), the survey confirmed what Krausz already suspected: a mental illness diagnosis greatly increases your chance of homelessness in Canada.

Krausz, who serves as professor of psychiatry, epidemiology and public health at UBC, said the study also found mental illness was triggered by life situations that also often lead to homelessness.

“Childhood trauma, foster care system and a nearly nonexistent support system, and then over some time people develop really what we call severe persistent mental illness,” he said. “All that leads in the end to lower life expectancy.”

He blames the high rate of homelessness among people with mental illnesses on inadequate, unstable housing and a lack of locally available mental health services. Residential care facilities like Riverview Hospital in Coquitlam have significantly reduced services. Today, fewer than 50 patients currently access services at Riverview when it previously served hundreds of people.

“The idea of downsizing and going away from those big hospital beds was to reintegrate people into the community, and that didn’t happen,” Krausz said.

“They didn’t create sufficient services. That’s the reason we have nearly 3,000 untreated psychotic individuals in the Downtown Eastside, which is an enormous amount of people.”

A spokesperson for Vancouver Coastal Health (VCH) said that number is “absurd.” In an email to Megaphone, the spokesperson painted a different picture of the mental health and addiction services available for low-income and homeless people. She said the local health authority spends $200 million a year on mental health and addictions services, six per cent of its $3.1 billion annual budget.

One of those services is the Strathcona Mental Health Team, which helps 1,350 individuals in the neighbourhood with severe mental illnesses in the neighbourhood, commonly schizophrenia and bipolar disorder, with treatment ranging from medication and therapy to rehab. The spokesperson wrote that all VCH mental health services address addictions, and vice versa.

“[We] cover 17 sites in the Downtown Eastside including many of the shelters. We provide support to the downtown community court and support the drug treatment court, [and] the Vancouver jail health program. All of these programs reach homeless and low-income clients with health care services,” read the VCH email.

Province-wide, the Ministry of Health spent $1.3 billion on mental health services in 2010/11, almost nine per cent of its total $14.8 billion budget. A spokesperson for the ministry told Megaphone by email the government has invested $138 million into capital projects for community mental health services. The funding was used to open 608 new mental health beds, with another 235 set to open next January.

It’s not enough for Krausz, however, who said mental illness is responsible for almost 30 per cent of the burden of disease—a measurement of the years of life lost due to living in poor health conditions. He said that’s a huge number and deserves more than five to 10 per cent of health spending.

“It’s a dominant health condition and it’s still growing,” he said. “So you can guess how appreciated this area is. I would call it structural discrimination.” 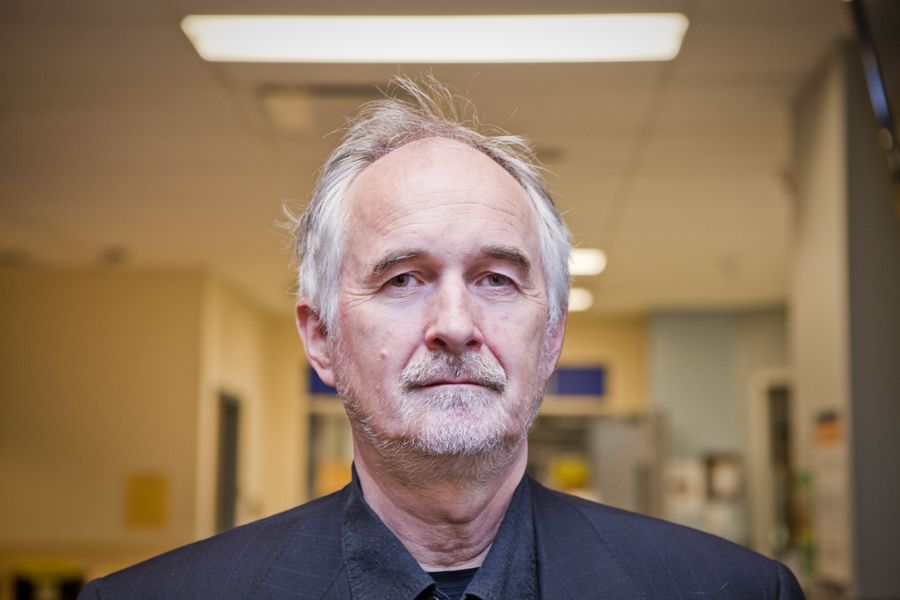 A psychiatric ward is not a home

After almost a year on Vancouver’s streets, Phoenix was admitted to the psychiatric ward of St. Paul’s Hospital in 2007. Police brought her in after Phoenix told a worker at Dunsmuir House shelter that she was feeling suicidal. She stayed in the hospital for almost four months.

Unlike stays in other psychiatric wards, however, the staff at St. Paul’s wouldn’t let her leave until she had a place to stay.

“They ended up moving me into Venture House. It’s in the middle between a psychiatric ward and your own apartment. It’s like supported housing, they give you your meds,” she said. She stopped taking her medication while living on the street. She felt it was too much of a hassle to carry it with her.

Unfortunately, being transitioned into a supportive housing environment is not the case for everyone admitted to psychiatric wards in B.C.

Tracey Young is a psychiatric social worker at three different hospitals in the Lower Mainland. Part of her job is to find stable housing into which homeless mentally ill people can transition into from the hospital. For some of her clients, ending up in hospital is the last straw before a landlord evicts them.

“It depends on the mental illness and the co-morbidity, because sometimes mental illness goes along with drug addiction, and they may not make the best tenants,” she said.

Others, she said, have been living on the streets or “off the grid” for so long that she can’t convince them to accept housing or sleep in a shelter if no housing is found.

“They don’t want to be connected with welfare and housing,” Young said. “Everybody has their different reasons for that, but I would at least try to convince them to apply for assistance.”

Either way, they can’t stay in the hospital. Young said acute hospital beds are a precious commodity and there’s always someone waiting for a bed. It isn’t good for the patient to overstay, either, as the setting can actually cause people to regress the longer they stay.

“One of the running jokes at the hospital was as soon as you start calling the hospital home, they’re ready to kick you out,” she said. 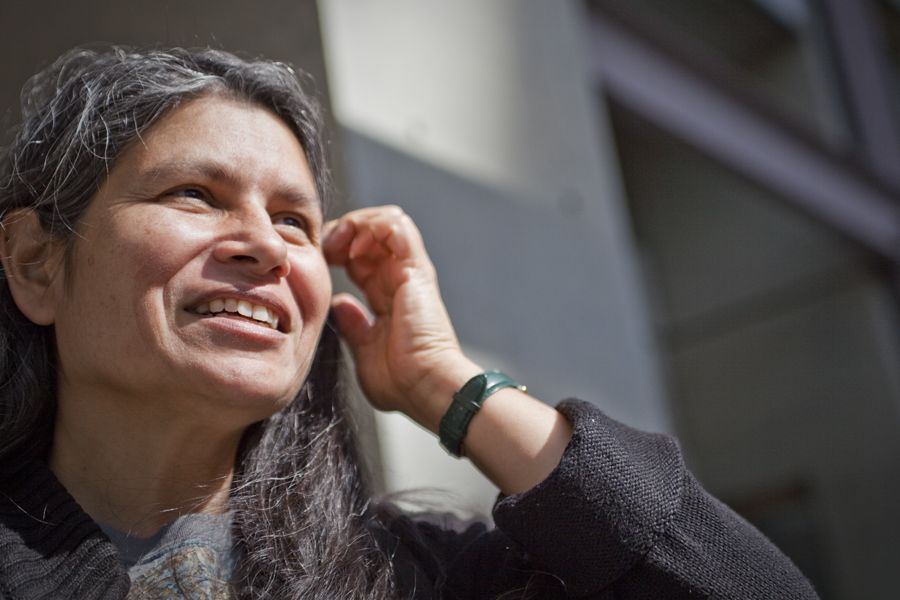 In addition to working for UBC and CHEOS, Krausz is also colead researcher for the Vancouver portion of the Mental Health Commission of Canada’s Chez Soi/At Home project.

Commissioned in 2009 by the federal government, Chez Soi/At Home is a nation-wide study on the long-term effects of stable housing on people with mental illnesses. Two thousand homeless people are participating in five cities, including Vancouver. All are receiving mental health services, but only half have been given stable housing.

Krausz sees many similarities between the study’s participants and the survey’s findings.

“We are dealing with very, very sick people—[like] substances users—nearly all of them meeting the criteria ofmental illness,” he said, adding that many also suffer from physical illnesses.

The final report on the study won’t be issued until next year, but Krausz said while many of the housed participants have stabilized, others have not. Instead of signifying failure, however, he sees it as a sign we need long-term stabilizing care for the chronically homeless and mentally ill.

“You will have some who really recover and do well, some who continue not to do so well, and it is because they’re very, very sick people,” he said. “They need their time, probably two or three years to really shift corners.”

For Phoenix, her life has stabilized. Now 48, she’s living in a bachelor apartment in Mount Pleasant she found through her church five years ago. She’s also taking her medication and finds solace through friends and Downtown Eastside drumming and writing groups. But she still has her bad days and fears homelessness is just a slip-up away.

“It always feels like I could be out again,” she said. “It’s hard to feel like I can count on things, because I never know when everything’s going to turn upside down again.”