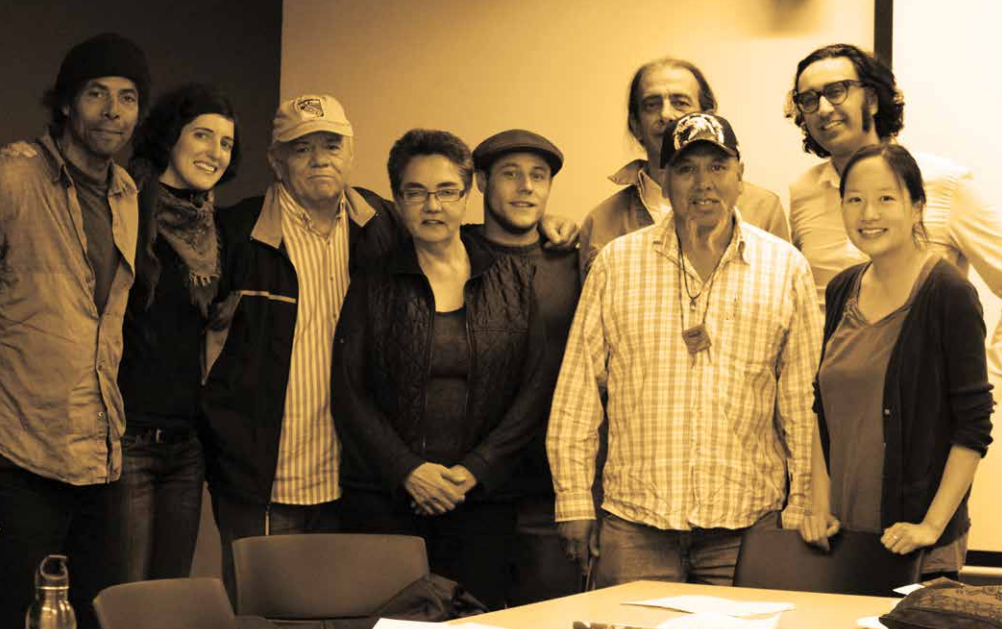 Reflections on beauty and aging; community and camaraderie on welfare Wednesdays; a day in the life of an Alberta trucker; and the perilous future of B.C.’s fragile coastline; these are just a few of the snapshots that came together this spring in an SFU-Woodward’s boardroom where a group of us gathered to share stories, to critically discuss the media, and to write.

The 12 participants of a new class called “Community Journalism 101” came from all walks of life, but they shared a connection to the Downtown Eastside community as current or former residents. Each person brought unique life experiences to the class that informed their interest in learning more about writing, and journalism in particular. While Megaphone offers writing workshops in the Downtown Eastside and downtown Vancouver that focus on creative writing, Community Journalism 101 focused on crafting non-fiction stories about people, ideas and events.

Those who participated in the class were interested in writing for a variety of reasons. Some were eager to expand their repertoire after having been published previously in local publications or after having taken previous writing classes. Others were beginners interested in exploring how to put their life experiences into writing for the first time.

Everyone had a wealth of experience to draw from—before arriving in this class to write stories, participants had amassed years and years of stories through their lives as parents, cooks, artists, fishers, truckers, loggers, taxi drivers, cyclists, hikers, travellers and more.

Through the five weeks of the class, participants explored various forms of non-fiction journalistic writing. They read newspaper articles and wrote letters to the editor. They practiced their interview skills. They wrote personal essays on a range of subject matter, from family memoirs to essays on accessing welfare, on environmental issues and personal experiences with back-to-work programs in the Downtown Eastside.

On the last day of class in late May, activist and broadcaster Mordecai Briemberg visited the class. Briemberg’s talk provoked an engaging discussion about media ethics, the rights of citizens and what to do when approached by media for interviews.

Over the course of our time together, it was extraordinary how supportive people were of each other’s work, their opinions and their contributions to the class. People who live in the Downtown Eastside often praise the community for helping them feel welcome and accepted; the same was true of the community journalism class.

In this issue of Megaphone, we feature a selection of writing produced in Community Journalism 101. The class grew out of a pilot project in spring 2011, when Megaphone partnered with the SFU Woodward’s Vancity Office of Community Engagement. The Vancity Office of Community Engagement is part of the SFU Woodward’s Cultural and Community Program Unit. It hosts ongoing cultural programming for innercity residents, including Introduction to Cultural Democracy, Introduction to Contemporary Arts, and a Social Justice Discussion Series.

Many thanks to the members of the class, to Megaphone, to SFU and the Potluck Café for making the course possible.

We hope you enjoy reading our work!