join us donate
LOG IN or SIGN UP
Liquid syntax error: Error in tag 'subpage' - No such page slug join
find a vendor
November 19, 2012 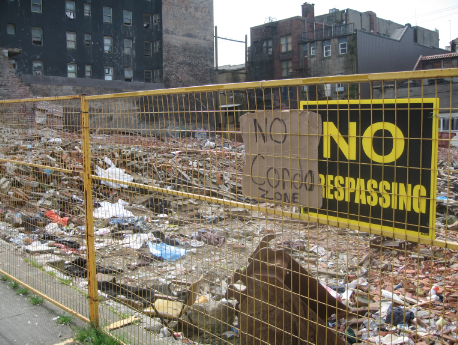 On November 8, over 50 people attended a meeting at the Carnegie Community Centre to discuss whether the Downtown Eastside Local Area Planning Process (LAPP) was working for low-income community members. The general consensus was no.

“Everybody here who’s involved with LAPP is spending tons of time at bureaucratic meetings and reading reams of paper that the City churns out,” says Jean Swanson, coordinator of the Carnegie Community Action Project, adding 10-12 members are spending 160 hours a week on the LAPP. “Could this time be spent more effectively doing something else?”

Committee members acknowledged they spent less time organizing demonstrations and grassroots campaigns against gentrification than in previous years because of the LAPP. They cite the approval of the condo and commercial development at 955 East Hastings as an example of a failure to organize strong opposition.

But that doesn’t mean low-income committee members will be quitting the LAPP. Instead they vowed to create a “people’s plan” within the LAPP by focusing on grassroots, peer group campaigns to improve living conditions in the Downtown Eastside (DTES), stopping further development in the neighbourhood, and developing their own plan for the future of the DTES by consulting with low-income residents.

“I think it’s true what people said about rallying numbers and making alliances, but we can’t just have numbers, we also need a vision of what’s to be done. We need to have a program and ideas that we unite around and that we fight for,” says Drury.

“This group that’s been developing vision through the LAPP is developing as a leadership that can put forward some ideas to rally around.”