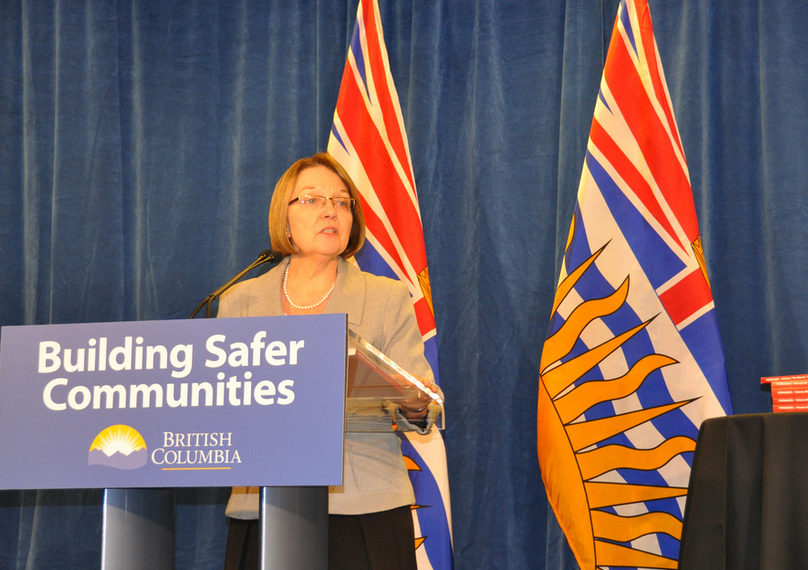 Then-Minister of Justice and Attorney General Shirley Bond addresses reporters regarding the Missing Women's Commission of Inquiry in 2012. Photo: BC Government.

The act, introduced on February 13, aims to meet recommendations in the final report of the Missing Women’s Commission of Inquiry released in 2012.

It is designed to determine a missing person’s vulnerability by considering their age, physical and mental capabilities, and the circumstances surrounding their disappearance.

It will also, with a judge’s permission, provide access to records about the missing person, including health, education, and employment records. Under the new act, police will also be able to obtain phone, text, email and video footage of the missing person.

Kate Gibson, executive director of the WISH Drop-in Centre for female survival sex workers, says she is heartened by the bill, especially because built into the act is a judge’s discretion on the degree of police access into an individual’s personal records.

But Bruce Miller, an anthropologist from the University of British Columbia with an expertise in systematic racism and stereotypes of indigenous people, says the bill misses the point that the issue of missing and murdered women rests with attitudes of police towards indigenous people.

“The problem was, in my opinion, that there’s already systemic racism in the police force—we know that. And they haven’t addressed that, and until they get to the root of this, these are technical policing issues,” Miller says.