join us donate
LOG IN or SIGN UP
Liquid syntax error: Error in tag 'subpage' - No such page slug join
find a vendor
August 08, 2013 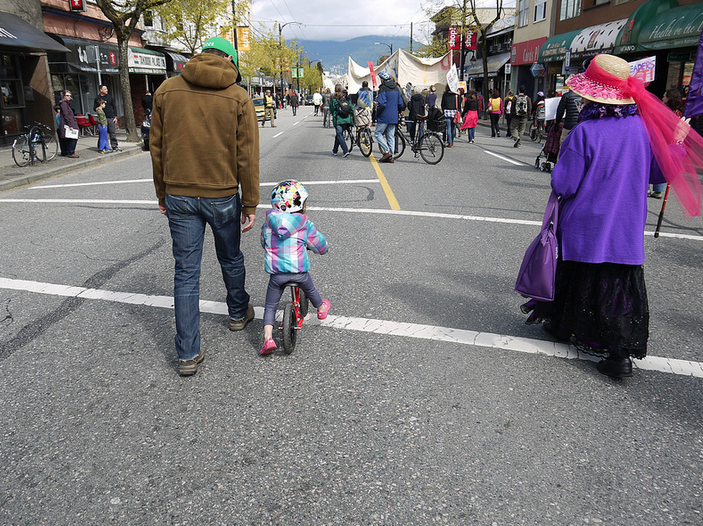 Grandview-Woodland residents are demanding the city extend their community planning process by six months after they say they were sidelined by proposed height and density increases.

“We spent a year working on this community plan, discussing things like parks and public realm, and arts and culture, and heritage, etc. And not a second discussing densification or land use and zoning,” said Jak King, president of the Grandview-Woodland Area Council.

Emerging Directions, a summary of what city staff had heard from the community presented at open houses in June, included more density and tower construction in areas such as Commercial and Broadway, East Hastings, Venables, East 1st Ave. and parts of East 5th Ave.

The city has backed down from the highest towers at Commercial and Broadway. But residents are asking for another six more months of public consultations. King fears higher towers would destroy existing affordable housing stock.

“I would argue there isn’t a single densification project in the last dozen years in Vancouver that has created affordability,” he told Megaphone. “Every time they put new density in, you look at Chinatown as the latest example, land values soar and affordability goes out the window.”

Vancouver city councillor Andrea Reimer says council and staff are leaning towards granting the extension, but need to determine what the goal of the extension will be.

“There’s a strong sense in the community, and I would tend to agree with it, that the issue isn’t about time. It’s about making the process better,” she said.

After they figure out how to fix the consultations, and how long it will take, “then we can give them an informed answer [to the extension request] that would give them the highest chance of having the kind of plan they’re looking for.”

A formal city decision on the extension is expected in late September.