join us donate
LOG IN or SIGN UP
Liquid syntax error: Error in tag 'subpage' - No such page slug join
find a vendor
January 06, 2014 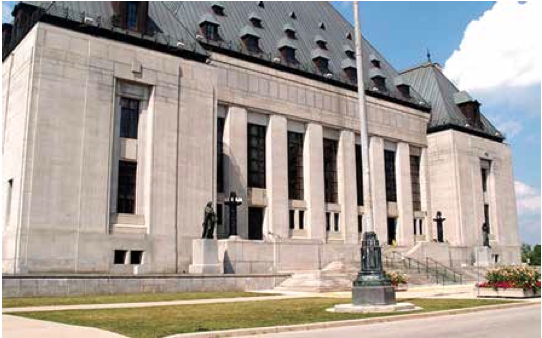 The Supreme Court of Canada has struck down the country’s anti-prostitution laws in a unanimous decision delivered on December 20.

The case of Canada (Attorney General) v. Bedford was initiated in 2007 by three Ontario sex workers: Terri Jean Bedford, Amy Lebovitch and Valerie Scott. While sex work itself is not illegal in Canada, the court’s decision struck down three key provisions in the Criminal Code making communicating, procuring, bawdy houses and living off the avails of prostitution all illegal. Parliament now has one year to draft new law, during which time the provisions will stay in the Criminal Code.

“The prohibitions at issue do not merely impose conditions on how prostitutes operate,” wrote Chief Justice Beverly McLachlin. “They go a critical step further, by imposing dangerous conditions on prostitution; they prevent people engaged in a risky—but legal— activity from taking steps to protect themselves from the risk.”

The decision was applauded by sex workers across the country, including local organizations who acted as interveners in the case. Last June, the court heard from a coalition formed by Pivot Legal Society, PACE Society and Downtown Eastside Sex Workers United Against Violence (SWUAV), as well as interveners including the Canadian Legal AIDS Network.

“A legal framework that respects the human rights of sex workers does not criminalize clients, third parties in sex work or sex workers themselves,” Sandra Ka Hon Chu, co-director of research and advocacy with the Legal Network, explained in a news release. “This approach has been shown to increase sex workers’ risks of and experiences of violence as well as to decrease sex workers’ negotiating power for safer sex practices.”

Some sex workers and advocates are concerned by the decision, however. “It’s a sad day that we’ve now had confirmed that it’s OK to buy and sell women and girls in this country,” Kim Pate, executive director of the Canadian Association of Elizabeth Fry Societies and a member of the Women’s Coalition for the Abolition of Prostitution, told The Canadian Press.

“I think generations to come—our daughters, their granddaughters and on—will look back and say, ‘What were they thinking?”