join us donate
LOG IN or SIGN UP
Liquid syntax error: Error in tag 'subpage' - No such page slug join
find a vendor
May 14, 2013 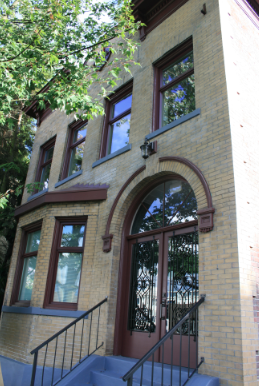 A controversial supportive housing project for young women in the Downtown Eastside had its first visit from emergency services on April 25, when a 19-year-old Imouto House resident died of an apparent heroin overdose.

The woman’s name has not been released by Atira Women’s Resource Society, which operates Imouto House. What we do know is she moved into the supportive housing facility at 120 Jackson St. last September, where she received alcohol and drug counselling.

The young woman’s drug of choice was alcohol, not heroin, according to Michelle Fortin, executive director of WATARI, a service provider that works with Imouto House. In and out of treatment programs all over the city, she had been receiving substance abuse services since before age 12.

“[She] would have some insights and then slide back,” said Fortin, adding the young woman was in the process of being evicted from another program when she moved into Imouto.

“We’re really saddened by the loss of this strong, young Aboriginal woman and that to a certain extent she was a real leader at Imouto, and our hope is that the impact of her death has some positive outcomes for some of the young women that are left behind.”

Ray Cam board member Judy McGuire, who has spoken out against Imouto House before, says the death proves the need for more youth safe housing, detox, and mental health services outside of the Downtown Eastside.

“I don’t care what the rationale: you have to find a better way to take care of our children.”

Atira Women's Resource Society will be conducting a review into the death.