join us donate
LOG IN or SIGN UP
Liquid syntax error: Error in tag 'subpage' - No such page slug join
find a vendor
September 07, 2012 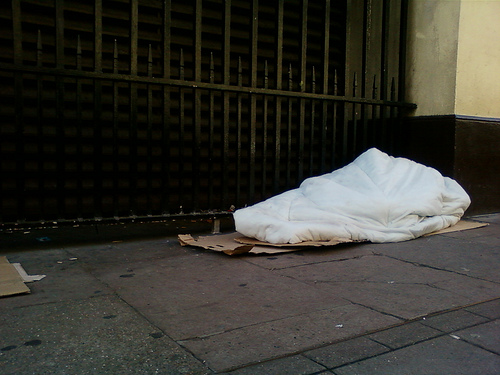 Nanaimo has lost its only low-barrier cold weather shelter now that the First Unitarian Fellowship is reverting to the extreme weather model.

After operating as an extreme weather shelter for years, opening only when temperatures dipped below zero degrees Celsius (or two degrees if accompanied by precipitation), the First Unitarian shelter received additional funding from the city last year to open every night from November 15 to March 15.

But church officials say the 24-bed shelter was often overcrowded, and not everyone who came needed a place to stay.

“Our purpose is to provide help for people who are in difficulties with extreme weather, and we can do that fine. But not if everybody else comes around, too,” Art Lionel, chairman of the extreme weather shelter taskforce told Megaphone.

“People who do not have to be out in the open, who have places to go to, came to us anyway, and there were too many of them. We couldn’t handle it.”

“I personally feel that this decision could result in death, something that has happened in other communities both on the Mainland and Island,” reads Fuller’s statement to council.

“One reason for the change was that the shelter had to turn away as many people as it was housing on a regular basis. I know for a fact this is not true and that less than (four) individuals were turned away during the whole season.”

City council refused, saying it had no power to force the church to do anything. In the meantime, Mayor John Ruttan told Megaphone council was working with its Safer Nanaimo Working Group to provide more shelter spaces.

“We see the need is strong and winter is coming,” Ruttan says.