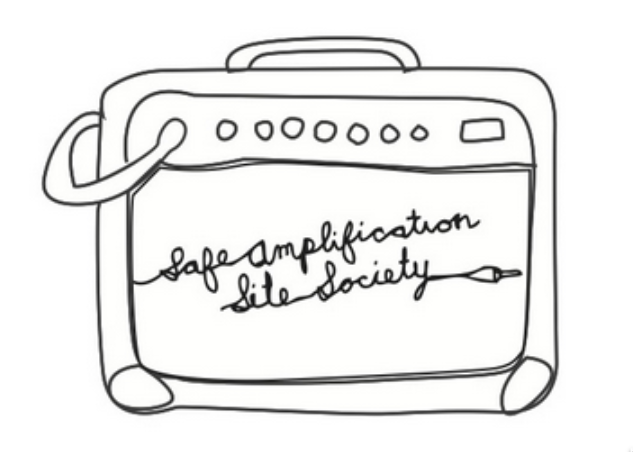 The Safe Amplification Site Society is urging the Province of British Columbia to improve liquor laws to facilitate live music for people of all ages. We’ve launched a petition at safeamp.org/liquorlawpetition, and here's why:

It's widely known that BC’s liquor laws are outdated. In reality, they're more than that: they’re ageist, stifling, and dysfunctional. In particular, they make it very hard for music venues to admit people under age 19 – a demographic that includes about 20% of British Columbians. We believe this is wrong, because music is good for everyone. We’re urging the Government of BC – and all the candidates running for that government – to support the following three improvements to BC's liquor laws:

1) Create a new liquor license that permits minors on the premises of live music venues while alcohol is served to those aged 19 and older.

Under existing law, the only permanent liquor-serving venues that can allow minors are theatres, restaurants, and stadiums. But because concert-goers want to dance, don’t want to eat, and don't like stadiums, most spaces don’t fit into those categories. In this expensive province, venues rely on alcohol sales to cover costs. To do that legally, they have to ban minors, even though a lot of minors could care less about alcohol and simply want to see their favourite bands perform. It’s immoral that 20% of BC cannot attend most concerts simply because of their birthdate! It would be wrong to ban people from events because of their race, gender, sexuality, or religion, and it’s wrong to ban them because of their age too.

2) Overhaul BC’s Special Occasion Licenses (SOLs) and base the categories of licenses on audience size rather than public vs. private.

SOLs allow a facility without a permanent liquor license to serve alcohol on ‘special occasions.’ There are two types. ‘Private’ SOLs are cheap and easy, but the audience has to be invited and must buy tickets in advance. ‘Public’ SOLs are much harder to get, but anyone can attend and pay at the door. Weirdly, there’s no differentiation based on the size of the event: a rock concert for 500 invited guests who buy advance tickets can use the easy ‘private’ license, but a piano recital that ten people wander into off the street needs the difficult ‘public’ license. This unfairly punishes small independent events, even though those are generally safer than massive parties. Instead, we think it should be easy to license an event for, say, 100 people or less, and harder to license a bigger event.

Prior to 2013, bars and clubs could temporarily 'de-license' to host all-ages events. This meant a nightclub could close their bar, lock up their liquor, and allow minors at whatever event was happening there that night. Citing anecdotal and spurious claims from “police, LCLB and communities” that minors attending de-licensed events were “consuming liquor either prior to entering or outside the establishment,” the Liquor Board banned this practice in January. As has been documented here, here, here, here, here, and here, we believe this was a terrible decision; it should be repealed immediately.