join us donate
LOG IN or SIGN UP
Liquid syntax error: Error in tag 'subpage' - No such page slug join
find a vendor
August 02, 2011 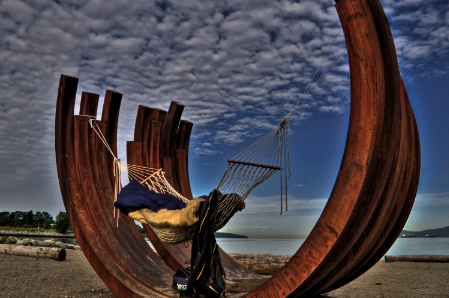 Krishna Pendakur was this close to becoming a sociologist. The Simon Fraser University professor of economics had completed his bachelor of arts in sociology at the University of British Columbia, but after choosing a masters of arts degree in economics, he realized he would be taken more seriously as an economist than as a sociologist. Though he made the switch to studying number instead of people, however, Pendakur has taken his love of sociology and translated it into a 20-year economics career based on studying the causes of and solutions to poverty and inequality at home in B.C. and abroad.

“It’s a long standing interest,” Pendakur told Megaphone. “If you want an even earlier beginning, it’s really my dad and mom who have always had the view that one should work so that the least fortunate around are made better off.”

But Pendakur’s views on poverty don’t match those of anti-poverty activists: he disagrees with using the Statistics Canada’s Low-Income Cut-off for measuring poverty and he believes British Columbia has one of the lowest poverty rates in the country.

Pendakur recently took time out for a conversation with Megaphone about his unusual, and somewhat controversial, views on the economics of poverty in B.C.

Megaphone: How should we be measuring poverty? 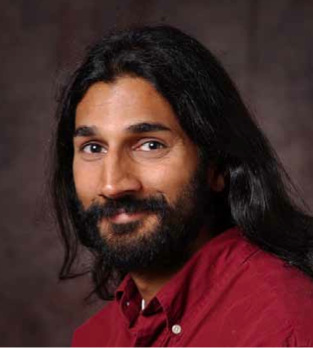 Krishna Pendakur: It would be good if poverty thresholds were different for people who faced different prices of consumption, because ultimately you’re going to use your income to buy stuff, and if that stuff is really expensive, you need income to do it. So it would be really helpful to have poverty thresholds that paid more serious attention to the variation in prices across Canada, but price variation, there’s a lot of it, for example it’s drastically more expensive to live in Vancouver and Toronto than in most other places in Canada, and since shelter is half or more of the budget of poor households, ignoring that variation in the cost of living is kind of crazy.

Really, when we’re talking about poverty, we’re talking about people who don’t have enough material consumption. That’s the thing we worry about; we don’t worry about students who don’t have a lot of income, because we know that they’re in school generating lifetime income for themselves. And indeed students consume way more of their income in general, because they have transfers from parents, they have loans, they have the ability to consume part of their future earnings today. So students are a nice example of why income is a silly measure to use because it’s not consumption. The only reason you’d want to use income is if you didn’t have consumption data. But we do have consumption data.

MP: Where does consumption data come from?

KP: They send surveys out to households, and Statistics Canada numerators go and visit them and they ask ‘How did you spend your money last year?’ The survey is called the Survey of Household Spending and it’s an annual survey, so they can track poverty annually using this kind of thing and I’ve just finished a paper on consumption poverty that deals with both of these features: the one that you’d want to use consumption, and the two where you’d want to use something that picks up price variation across places in Canada. And it does show quite a different picture: they show that B.C. and Alberta have the lowest poverty rates in Canada.

MP: How do they have the lowest?

MP: Is that threshold fair?

KP: This result stands up even if you use a somewhat higher threshold. The idea of using a low threshold is to focus on the people that are really in severe need. So their threshold is something like $9,000 a year for a single person living somewhere expensive. 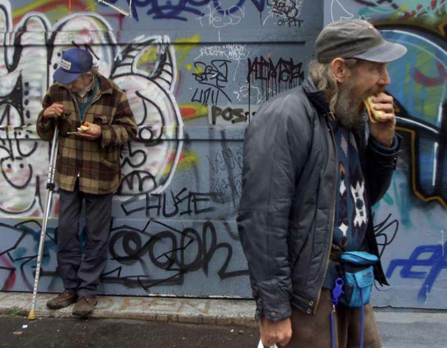 MP: Okay, so we’re not as poor as we think we are.

KP: There are fewer of us who are poor than the StatsCan measure would suggest, and this is really a relative statement. The StatsCan measure says there are more very poor people in British Columbia than in other places. Something that focuses on consumption and takes account of the fact that British Columbia is expensive finds less very poor people than other places in Canada.

MP: If we have less very poor people than other places in Canada, why should people in B.C. be concerned about eliminating poverty?

KP: Bunch of reasons. One is that poverty sucks and it’s our collective responsibility to do something about that. Another is there was an act of Parliament in 1988 that said we’re trying to eliminate poverty by 2000; well, we missed that deadline, let’s keep trying. Another is that the threshold I’m using is not just some namby-pamby threshold that’s not that fun, it’s a threshold that was designed to say ‘if you don’t have this much consumption, you’re not going to get through the year in good health.’

KP: This experiment with the Canada Child Tax Benefit and the National Child Tax Benefit, and the National Child Tax Benefit Supplement, and the Universal Child Care Benefit: all these things are money transfers aimed at households with children, and they seem to have had the affect of reducing child poverty by a lot. If you want people to be less poor, give them money, it works. We have the technology to do that, because it’s all done through Canada Revenue Agency, and it’s extremely easy: Canada Revenue Agency can find nearly anybody—not quite everybody, but they can find a lot of people—and if they want to write you a cheque, they can. So they just need the public to elect a government to tell them to do that.

There’s another example, which is, I have another paper written about an earlier period of data which evaluated consumption poverty over the 70s and 80s, and it found a drastic decrease in poverty among the elderly during this period, and it was a period in which the public pension system came into being, and there’s another case: the public pension system writes cheques to old people. You write a cheque to an old person, they’re not as poor, and you have way less elderly poverty. It’s not hard.

MP: What about governments who say we don’t have the money for this kind of thing?

KP: Any statement about affordability is equivalent to a statement about desirability, and that is because government’s choose how much money to raise, and that tells them how much money to spend. So when you say ‘we can’t afford to keep people out of extreme poverty,’ that is equivalent to saying ‘we don’t really want to do anything about this enough to actually raise taxes on ourselves.’