join us donate
LOG IN or SIGN UP
Liquid syntax error: Error in tag 'subpage' - No such page slug join
find a vendor
September 07, 2011

Red Alert: Artists on the street in wake of Red Gate’s ‘order to vacate’ 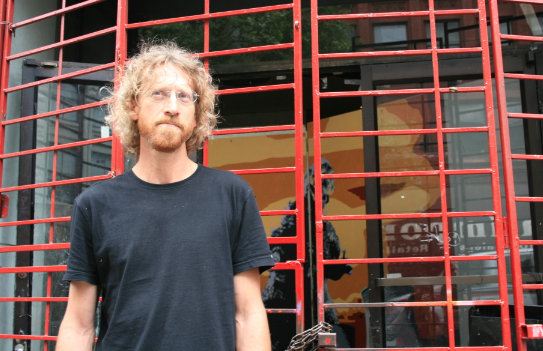 For seven years the Red Gate has been a local artistic hub, home to artist studios and exhibitions, concerts, film production, recording studios, jam spaces and many other creative ventures.

But three months after the landowner and tenants of the century-old Trocadero Building at 152 West Hastings were issued an “order to vacate” by the City of Vancouver, local artists and musicians remain in peril of losing this Downtown Eastside creative space.

The 15,000 square foot multi-level space, located across the street from the Woodwards complex, was found in disrepair when the city performed an inspection in January 2011. On May 24, the city served papers demanding that all tenants “cease occupying the building within 30 days” due to a lack of fire extinguishers, exit signage and a sprinkler system.

“I don’t want to be in a dangerous building either,” explains Jim Carrico, who has rented and managed the space on a month-to-month basis since 2004. Following the notice to vacate, Carrico put his own money towards renovations to keep the creative space alive.

“What we are in danger of losing is an affordable space to make art.”

Carrico says the independent arts community needs more cooperation from the landlord and city officials to keep the building functional. “This is where the young and boundary-pushing artists and musicians concentrate, historically and currently, because it’s affordable,” he explains.

“We’ve proven that a group of motivated artists can take over a building that has been abandoned and neglected and turn it into something amazing.”

In July—following an outpouring of community support—the Red Gate was granted a 60-day extension to address five key fire and safety concerns. The city also requested a development application. Although the safety renovations have since been completed, the future of the multimedia creative space remains uncertain.

“The situation hasn’t changed very much,” says Carrico, adding that landlord Moshe Mastai has refused to cooperate on a development plan. “We’re still holding out for a compromise agreement.”

Mastai was reached last week, but would not comment on plans for developing the building. “I don’t want to give any information,” he said. 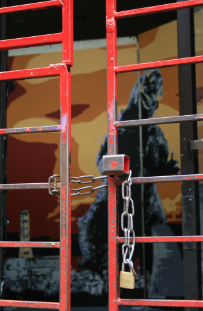 In a letter addressed to concerned petitioners, Mayor Gregor Robertson stated that a revitalization plan is a necessary step forward: “If the building owner puts forward an upgrade plan, and demonstrates a commitment to starting it, the city will reconsider the order to vacate. To date, no such plan has been given to the city.”

The city performed its latest building inspection on August 11. The inspection looked for emergency lighting, smoke detectors, railings and other safety necessities.

“The one item that is still outstanding is the submission of a building/development permit that would address the continued use of the building. That deadline was August 23.”

The Red Gate isn’t the first Downtown Eastside arts centre to run into trouble with city officials. Just recently, the century-old Pantages Theatre on 144-150 East Hastings was demolished after a City of Vancouver inspection deemed it unsafe. Much like the Red Gate, the heritage building changed hands regularly and was not properly maintained over several decades. Even strong recommendations from Heritage Vancouver and nearly 2,000 signatures could not save the oldest theatre in western Canada.

As dozens of legal and underground venues face similar threats of closure, the city has earned a reputation among the creative community for being a “No Fun City.” From stringent zoning and liquor regulations to the constant squeeze of condo developers, artists and musicians find it especially difficult to thrive in Vancouver.

For John Collins, a bassist and multi-instrumentalist for the New Pornographers, the “No Fun City” label is an apt but oversimplified description. He’s witnessed the rise and fall of hundreds of similar spaces in the city.

“Well the short answer is yes, Vancouver is totally ‘No Fun City,’” he says. But the long answer is not so cut and dry. “The fact that Vancouver is such a beautiful city and so many people want to live here makes for an insane price of property. And it’s been that way for decades.”

A veteran member of Vancouver’s independent music scene, Collins is co-owner of the revered JC/DC recording studios which, until recently, made its home at the Red Gate. The space regularly hosted local talents, including Destroyer, Nardwuar & the Evaporators, Apollo Ghosts and the Lost Lovers Brigade.

Collins says the high-stakes property market allows landowners to “sit on” otherwise viable community spaces. With property values skyrocketing regardless of building maintenance and repair, it is all too easy for landowners to become negligent.

“I don’t want to paint Moshe [Mastai] as a villain, but he really is another dispassionate businessman in Vancouver,” Collins says. “Job number one is making money, and job number two is making more money.” 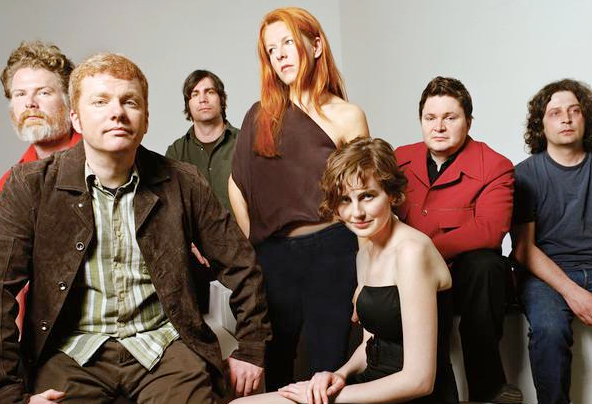 The New Pornographers, and many other prominent Vancouver rock bands, used Red Gate as a recording studio.

As a result, upkeep falls into the hands of underprivileged tenants. “We know the building is badly neglected and needs a lot of work,” Carrico agrees. “But if the owner won’t come to the table, it’s hard for us to raise money to do the repairs.”

“It’s a poker game that lots of people play all over the world,” Collins says of the current property market. “When it happens in Vancouver, our cool places are so few and far between they’re often tied up by people who look at them as a poker chip.”

“And so the City is sort of being pressed by the economy to look at property in a different way,” says Collins.

Packing up, moving out

Just over a month after the New Pornographers headlined a free concert in Stanley Park celebrating Vancouver’s 125th birthday, the band’s recording studio and rehearsal space— located on the third floor of the Red Gate—has packed up and left permanently.

“We’re almost entirely moved out, sadly, but we’ve been there over six years,” says Collins. “When Jim [Carrico] found the place we were the first people to get in there—before there was any electricity or water.”

It was an extraordinarily difficult decision for Collins and his bandmates given their history with the space.

“We’ve done a lot of practicing there, and made our third record, Twin Cinema,” recalls Collins. “The colour theme of that record is actually taken from the yellow and green checkered linoleum on the floor of our studio.”

The band was on tour when they found out about the eviction.

“I was in Connecticut with the Pornographers when I got a call from Dave [Carswell, producer and co-owner of JC/DC],” Collins explains. “It was sad news, but we didn’t know what was really going to come of it at that point.”

When the 60-day extension expired on August 24, Collins and his bandmates decided to leave.

“The Red Gate was great—the building’s got a huge history,” Collins says. “That address has had a lot of heydays. It’s been record stores, theatres … I went to a gig once in the basement.”

“I think that building could hold another Red Gate at any time in the future as long as a miracle happens,” he adds.

The city does offer grants to cultural facilities like the Red Gate. In 2008, the cultural infrastructure grant program was rolled out to aid non-profit cultural organizations in renovations, covering up to 50 per cent of total project cost.

For Carrico, there lies the Catch-22: a development permit requires landlord consent and to access municipal grant dollars Mastai would have to agree to sign a lease; both the city and landlord pass responsibility to the other.

“We know there’s city grant money waiting for us,” he says, “but it doesn’t do us much good when we’re still renting month-to-month and could be kicked out at any time.”

Still, despite an unclear future and standing order to vacate, dozens of visual artists are continuing to use the Red Gate studio space to develop their creative practice. Carrico says he is withholding August rent until Mastai is willing to meet at the bargaining table.

“We hope to reach some compromise,” explains Carrico. “We’d like the owner to give us a one year lease, and the city to further our extension.

“That would allow us the opportunity to approach possible investors and come up with a business plan.”

A plan that will, hopefully, continue Red Gate’s legacy as a welcoming home for local artists.