join us donate
LOG IN or SIGN UP
Liquid syntax error: Error in tag 'subpage' - No such page slug join
find a vendor
September 24, 2012 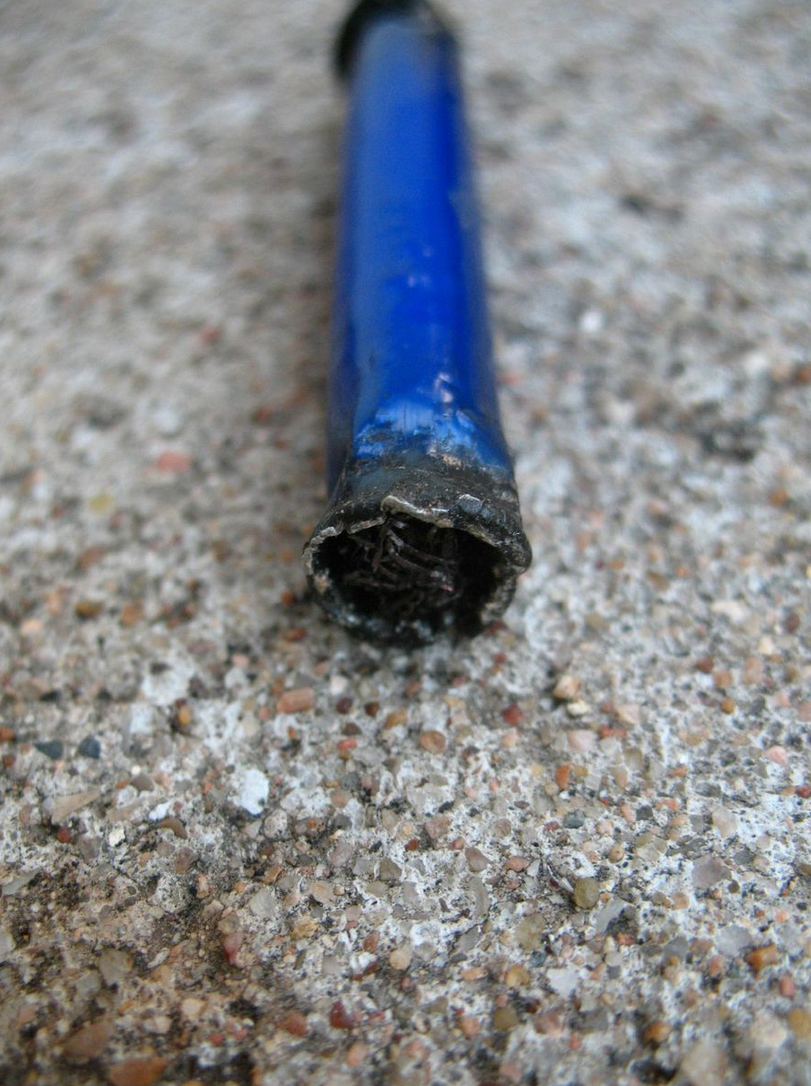 A used crack pipe lies on the street. Photo by Erlin Krotpong.

The Fraser Health Authority (FHA) estimates there are approximately 500 injection drug users in the Metro Vancouver suburb. Roughly 120,000 needles are distributed annually to illicit drug users by organizations like the Warm Zone, BC Yukon Drug War Survivors, 5 and 2 Ministries and the PHS Community Services Society.

Both the municipality and local law enforcement are aware of the needle exchanges. But they won’t enforce bylaw No.1378-2004, a complaint-driven zoning bylaw that prohibits all needle exchanges, marijuana growth and dispensaries, safe injection sites and methadone clinics in any city zone. This means no coordinated and public effort to curb the use of dirty needles, no fixed or mobile needle exchanges, no clean crack pipes and no overdose prevention like that provided by Insite's nurse-monitored safe injection space.

All that’s needed to enforce the bylaw is for someone to issue a complaint to the municipality, Abbotsford Mayor Bruce Banam told Megaphone.

“To date there has not been any complaints,” he said. While there have been no formal complaints to spur a bylaw enactment preventing needle exchanges in the community, debate over removing the bylaw from the city’s books has raged since it was passed in 2005.

On the one hand is city council, which remains split on the issue. Banman and some councillors agree harm reduction is necessary, but only if it includes a detox centre. Meanwhile other councillors voted for the ban seven years ago and believe abstinence is the only real harm reduction. Council has taken its time making a final decision—it’s been two years since former mayor George Peary agreed to revisit the controversial regulation, and council is only now enacting a plan to engage the public on harm reduction.

And then there are the service providers and the drug users themselves who want the health services allowed for people with addictions in the rest of the FHA like clean needles and crack pipes. Users cite the bylaw as the reason why Abbotsford’s hepatitis C infection rates are higher than the provincial and national average, and it has the highest hospitalization rate for drug overdoses in the FHA.

While the bylaw is broken daily, its existence is still enough to prevent consistent, long-term operational funding for user groups and harm reduction services to get clean needles and crack pipes out to drug users.

“For this community to be ignoring the scientific evidence, it undermines my confidence in humanity that we’re going anywhere,” says Barry Shantz, director of the BC/Yukon Association of Drug War Survivors, Fraser Health region.

The Warm Zone, a safe space for women over 18 who are homeless, addicted, sex workers or in poverty, provides a place to take a shower, eat a hot meal, get counselling, connect with health professionals or just take a nap.

They also hand out clean needles, crack pipes and condoms and dispose of dirty needles. Technically they’re breaking the law, but Banman says he’s aware of what goes on there, and the Warm Zone coordinator Michele Giordano says the cops know, too.

The Warm Zone opened in 2009 and its operations have relied on $93,000 annually from the federal government. The federal money is matched by donations for an annual budget of $270,000. The Warm Zone was a federal pilot project that reached its funding expiry date this year. It’s the only low-barrier, women’s-only service in Abbotsford. Approximately 160 women are at risk of losing a harm reduction lifeline if the facility shuts down.

“There is no service like ours that is low-barrier. That means you can come in as high as a kite,” says Giordano. “We meet women where they’re at in the moment.”

In response to the news the Warm Zone might shut its doors, members of the public opened their wallets. A police dunk-tank event raised $1,200, while an anonymous donor gave $10,000 of her own money. In two months, the Warm Zone raised $25,000 from public donations.

Last week, a BC Gaming Grant of $175,000 came through to help fund the centre for another year. Giordano is hopeful more money is coming from the FHA, the federal Victims of Crime fund or the Solicitor General.

But funding for pilot projects is easy to obtain compared to operational funds. When the federal government provided a list of alternative funds for the Warm Zone to apply for, Giordano says not one of them was for operational funds.

BC/Yukon Association of Drug War Survivors is struggling, too. From 2005-2009, Shantz operated a needle exchange out of his house and car. When the Drug War Survivors started in 2009, the first year was funded out of members’ pockets, while subsequent funding has come from the Vancouver Area Network of Drug Users, the BC Centre for Disease Control and FHA.

“Because the bylaw is not out of the way, they’re just throwing some more chump change at us and we continue to struggle,” he said. 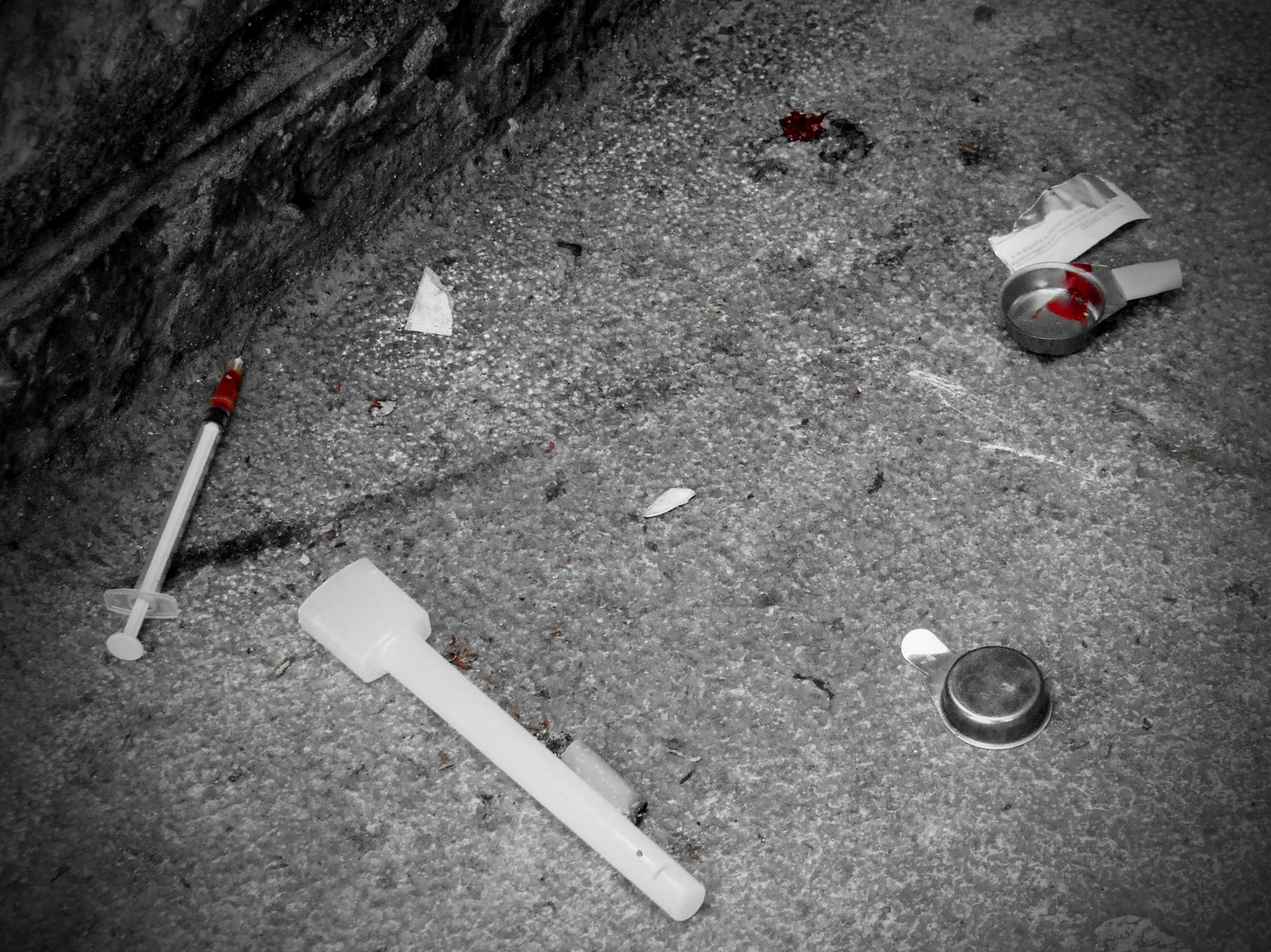 A syringe used for injecting heroin. Photo by MR Theklan.

No detox, no needle exchange: mayor

The plan had two phases. The first phase was 12 to 18 months of community engagement, distribution of harm reduction supplies, and street nursing and outreach for users. That phase would be followed by ongoing harm reduction services via a fixed location, a mobile supplies unit, and local pharmacies.

“All (FHA) were really trying to do was save a bunch of money by handing out needles and stop the transmission of disease,” Banman said.

“To come to council and to not have detox as part of that solution, to me, was insulting. They have a higher calling and I’m going to hold them to it.”

A spokesperson for FHA told Megaphone via email that it will participate in the meetings. But it says the city’s objections to the health authority’s proposal are unfounded.

“It is not reasonable to withhold one health service [harm reduction via a clean needle exchange] that prevents disease in an effort to lobby for another [medical detox],” reads the email. Shantz is embittered by his experience with city council and says he isn’t holding his breath for the bylaw’s repeal.

“I was really, really trying to stay optimistic that meaningful change was on its way,” he said. “It’s a desperate state when people won’t listen to scientific evidence, rational reason and positive results.”