join us donate
LOG IN or SIGN UP
Liquid syntax error: Error in tag 'subpage' - No such page slug join
find a vendor
June 03, 2013 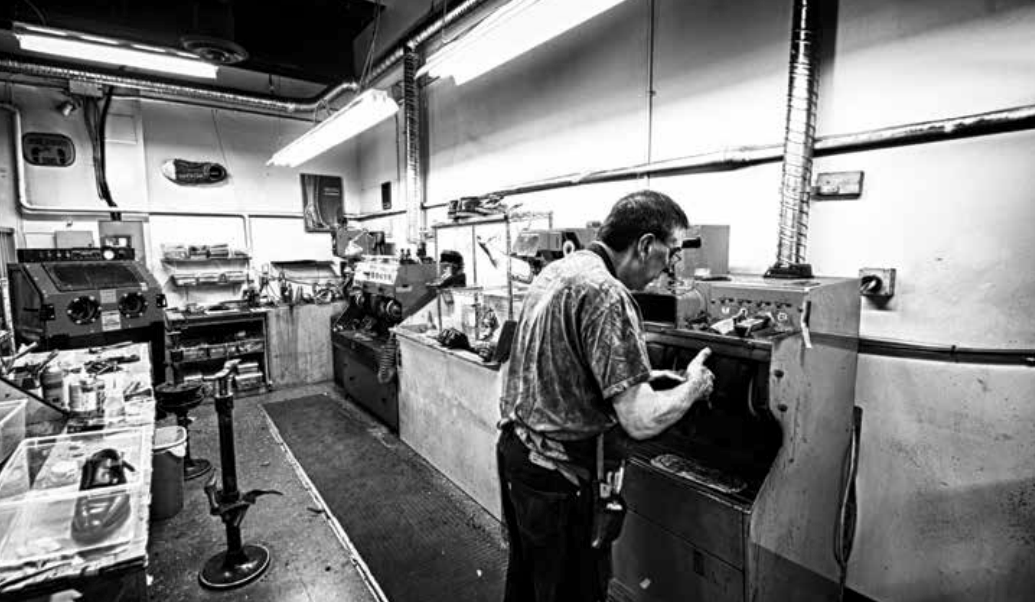 About 25 years ago, Ronald Nijdam, owner of the shoe repair store Quick Cobbler, read an article that got him thinking. The story was about a cobbler in New York City who had started a shoe donation program to help the homeless. The idea seemed simple enough: people drop off shoes they no longer wear, then, after inspecting them and making any necessary repairs, the cobbler would distribute them to organizations that in turn give out the shoes to homeless and low-income people.

“I started thinking about it while I was repairing shoes, wondering if that would work for us, and I couldn’t come up with a reason why it wouldn’t work,” he says.

The shoes range from flip flops to horse riding boots and fill a range of needs. Some of the donated shoes have helped people get jobs, Nijdam says, whether it’s having nice footwear to wear to an interview or having the right kind of safety footwear like construction boots.

And it’s not just adults that benefit from the program.

Quick Cobbler also repairs and circulates used children’s shoes. “It can be hard for, say, a single mother because kids grow so fast. So we try to make sure we send the kids shoes to the right addresses so that they are always available for people who need them.”

Nijdam has children of his own and his two sons work part time at the shop, making them the fourth generation of cobblers in the Nijdam family. Nijdam’s grandfather was a cobbler in the Netherlands in the 1930s and passed the trade down to his father. Nijdam learned his craft well and his shop has won multiple awards and accolades, including six Shoe Service Institute of America craftsmanship awards.

Even though he is the driving force behind the Homeless Shoes program, Nijdam doesn’t take much of the credit for it. “Our customers do most of the work because they bring in their old footwear. All we do is what we do every day: some minor repairs and put the shoes in boxes, then call the organizations helping the homeless and they do most of the work on the other end. We’re mostly just a channel, which is an easy job for us.”

What surprises Nijdam is that the program shows no sign of slowing down. “We never seem to have enough,” he says. “Sometimes we get big loads of shoes or people do their own shoe drives and come in with big van loads of shoes and we think that maybe the organizations will say that they have too many. But they are always able to take them and distribute them and have need for more.”

Even though he is humble about how he helps Vancouver’s homeless, he recognizes that there aren’t really any other businesses that could do what he does because the repairs are a vital part of the program. As he describes it, the Homeless Shoes program is “a perfect fit.”