join us donate
LOG IN or SIGN UP
Liquid syntax error: Error in tag 'subpage' - No such page slug join
find a vendor
November 02, 2011

Staging Solutions: Headlines Theatre aims to bridge the gaps between us 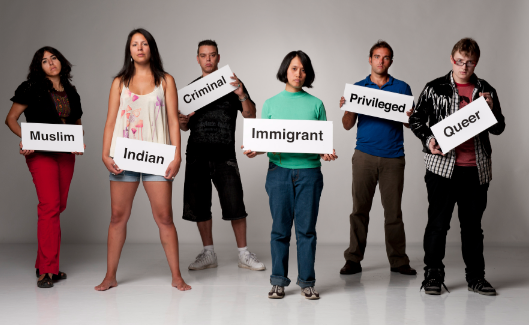 On the surface, Vancouver is a pristine urban landscape, home to an affluent population, the envy of other cities across the globe. But below the picturesque skyline is a city of divergent identities and circumstances, separating us from one another, whether along cultural or economic lines.

These divisions create conflict, tension and polarization. There is an absence of a true dialogue between those divides, a place where divisive lines can be crossed and mutual understanding reached.

Headlines Theatre is attempting to bridge those divides with its upcoming production 'Us and Them'. The play tackles all sorts of social issues from homophobia, immigration, poverty, religion, sexism and the notion of privilege.

This is not the first time the theatre has taken on difficult topics. Headlines Theatre has a reputation for boundary-pushing, innovative productions that explore community issues such as homelessness, addictions, violence and other hot button topics.

With Us and Them, the award winning theatre company marks its 30th anniversary. Over the past three decades Headlines Theatre has worked with communities that want to tell their stories, approaching community-based cultural work from a systems-based perspective—understanding that a community is a complexly integrated, living organism.

Headlines Theatre’s work is a worldwide leading example of theatre for social change; theatre for dialogue, creation, and conflict resolution as well as theatre for community healing and empowerment.

Projects have taken place in collaboration with First Nations and multicultural communities through hundreds of theatre workshops, Power Plays and Forum Theatre events around the world on issues such as violence and suicide prevention, anti-racism workshops, youth empowerment, homelessness and mental health, ‘othering’, bullying and community development.

For the uninitiated, the production is an interactive, forum-style theatre project, referred to as ‘theatre for living’. Under the direction of artistic director David Diamond, the concept creates an environment for solutions to occur. It’s about understanding before problem solving.

Audience members are encouraged to participate, creating scenarios and situations to which actors respond. Each cast member has his or her own perspective on the subject of ‘us and them’, individually carrying with them the knowledge of what it means to have found themselves ‘on the outside' in terms of identity. Through engaging, acting and reacting, the play aims to achieve insights into the challenges our community faces.

This play is the continuation of last year’s project, Us and Them (the inquiry), which Headlines Theatre co-hosted with 27 community partners. The so-called inquiry featured no script, no actors and no play―everything came from the audience each night. These events took place in a wide array of venues (cafes, community halls and people’s homes). Twenty-three events and 149 community-based organizations involved in the networking of this first phase of the project.

The goal is admirable: creating a play that can build bridges, eliminating the concept of ‘them’ and replacing it with simply ‘us’.

Headlines Theatre’s Us and Them runs until November 12 at The Cultch (1895 Venables St.). Tickets are $20, $15 for students and senior at TheCultch.com. For more information visit HeadlinesTheatre.com.