join us donate
LOG IN or SIGN UP
Liquid syntax error: Error in tag 'subpage' - No such page slug join
find a vendor
October 13, 2017

by Megaphone follow this author
photos: Photo by Jackie Dives.

Cover Story: This month Megaphone celebrates its 200th issue thanks to its vendors and supportive community that has kept it going strong.

Street papers started with the idea that we can create positive change on complex social issues through connection. We care more about what others are going through when we can put faces to the problem. Not just faces, but friends.

Our vendors are not just entrepreneurs who are part of the social enterprise that is Megaphone. They’re not just given the tools to create their own business, build a clientele while setting their own hours on the street corners across Vancouver and Victoria.

They gradually become consistent staples in their communities, making connections and nurturing friendships over the years. 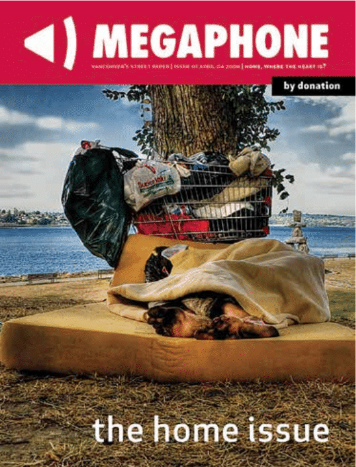 Beginnings
On April 4, 2008, the first issue of Megaphone hit the streets of Vancouver.

After eight years under the name Street Corner, they wanted to pick a name that both exemplified and amplified the street paper movement’s message. It was chosen to honour our work of raising up the voices of the people behind the magazine.

As Sean Condon, Megaphone’s former executive director and first editor, wrote in that first issue under the new name:

“The paper has reflected the realities that exist on the streets of Vancouver, often with harsh frankness.

“Each year the paper has called on all levels of government to address the crisis, but each year the problem gets worse.”

From the first issue covering housing rights and issues, Megaphone continued to tell the stories of our vendors, our marginalized communities, and even proposed solutions to the homelessness crisis.

The 2008 regional homeless count found 1,576 people living on the street or in very temporary shelter (no longer than 30 days) in Vancouver. Barely a decade later, there are now 2,138 homeless people in the city. In Greater Victoria, there are 1,387 homeless people, according to the last point-in-time count in 2016.

These numbers show that while Megaphone has been calling on governments to take action, providing solutions, and giving a platform to marginalized voices through the magazine and annual literary edition, Voices of the Street, there is still much work to be done before we solve this crisis.

What Condon wrote in that 2008 issue still applies to today:

“It’s hard to walk anywhere in Vancouver without seeing signs of the city’s growing homeless population. No longer hidden under bridges or confined to the Downtown Eastside, people are sleeping up and down the streets of Commercial Drive and in Kitsilano parks.

“It has become a problem that affects every community in Vancouver. It is a problem the entire city will have to tackle if we are ever going to solve it.” 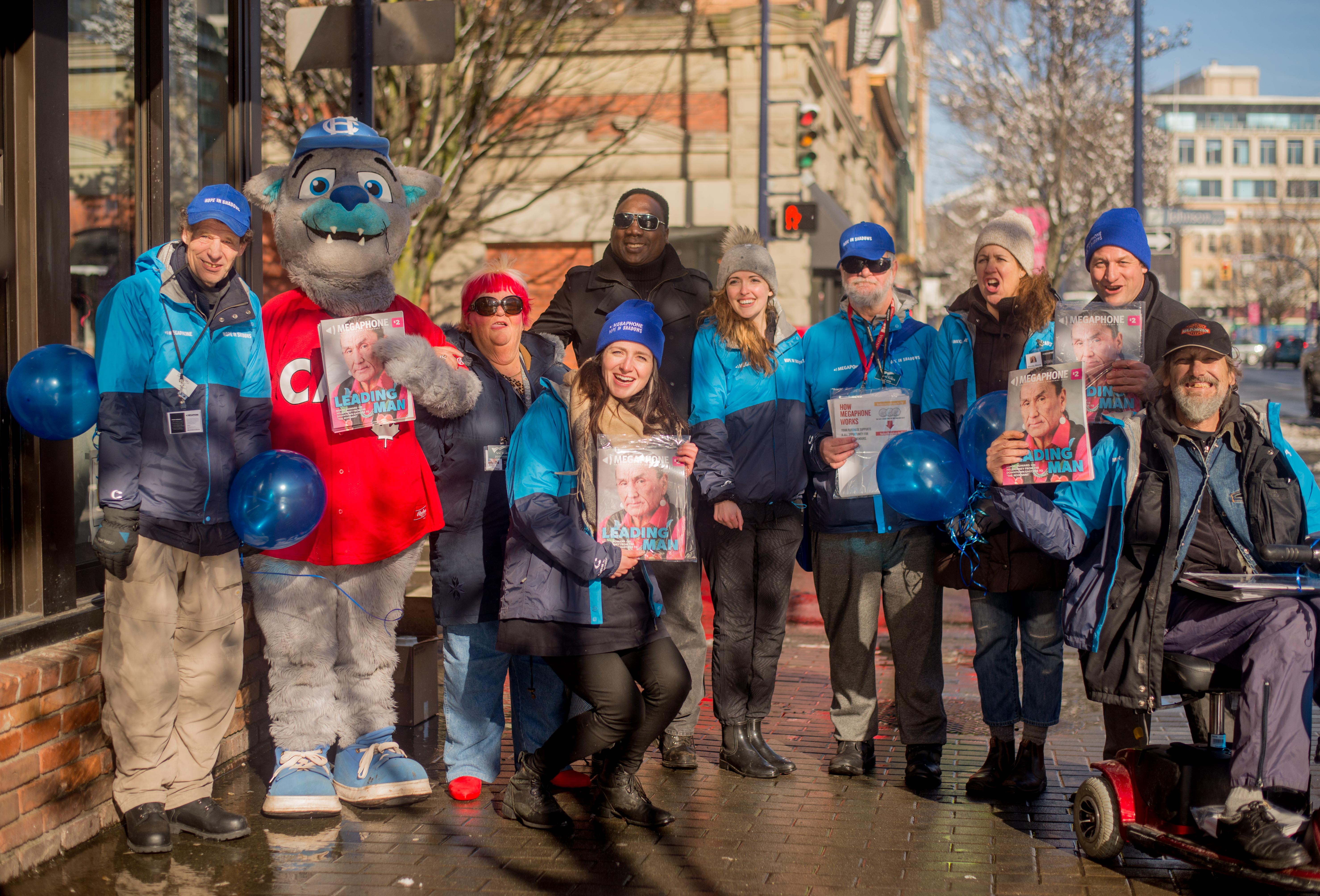 New horizons
Over the last 200 issues, Megaphone has grown from its small, closet-sized office on East Hastings Street and a handful of dedicated vendors to more than 130 annually in Vancouver and Victoria.

We started an annual literary anthology, Voices of the Street, which features work from writers whose voices we don't often hear.

It’s followed by a heart-warming event punctuated by performances from some of the writers published in the books. It’s an opportunity to provide a platform for not only our vendors but also writers who participate in our creative writing workshops across our two cities.

The writing workshops provide a safe space for participants to explore their writing ability, often finding healing, a new pastime, or the accomplishment of being published in Megaphone. We started with the first one at Onsite in the Downtown Eastside, which continues to run each week, and now have one at another Portland Hotel Society site in Victoria, and a bi-annual Community Journalism 101 workshop.

Megaphone changed from a bi-weekly street paper to a larger format monthly magazine in October 2014. At that time, we also came up with our tagline "Change that Works" to encapsulate the many ways we try to make an impact.

That same year, Megaphone was asked to expand to Victoria when Victoria Street Newz stopped publishing. The following year, Pivot Legal Society asked Megaphone to take on the Hope in Shadows calendar project. 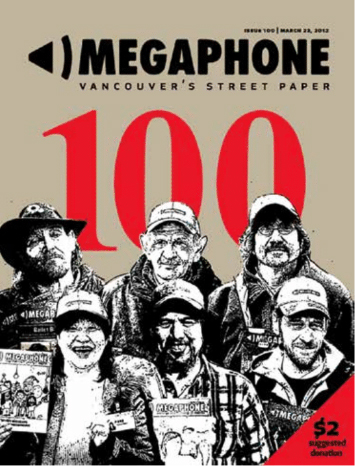 Progress
This year we finished a partnership with The Tyee to present our six-part homelessness solutions series. We ended it with an event in April where panelists who were interviewed in the series— vendors, those with lived experience, and advocates working in the field—spoke about these solutions and how they can be implemented across B.C. We were able to do this series thanks to a successful crowdfunder in spring 2016. Supporter like you, once again, helped make it happen.

Fast forward to this year. In the face of the opioid overdose epidemic, Megaphone is taking on another storytelling project (read more on Page 6) where we will be hosting events, How to Save a Life, across Vancouver over October and November.

Hear stories from the front lines of the overdose crisis and receive narcan training. It will be not only an inspiring, but helpful night.

With almost 10 years behind us under the Megaphone name, we’re gearing up for another year where we will be working hard to increase the number of vendors who sell the magazine, literary edition, and calendar.

We will encourage new writers to find out how it feels to see their bylines in print. We will continue to tell stories about the local art scene, or stories about special corners in each community, or talk about serious issues such as housing, inequality, and the overdose crisis.

We dedicate this issue to our vendors who continue to make Megaphone’s work possible. We also dedicate it to the many beloved vendors we’ve lost over the years.

And a big thank-you to all of you who support our work.