join us donate
LOG IN or SIGN UP
Liquid syntax error: Error in tag 'subpage' - No such page slug join
find a vendor
June 21, 2012 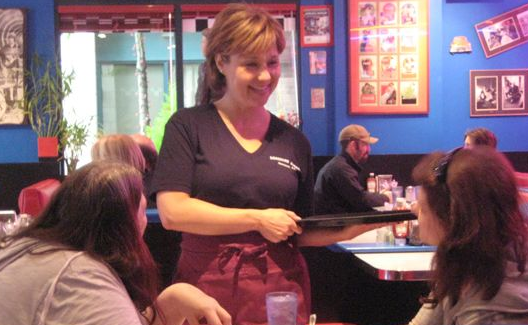 Premier Christy Clark, working as a waitress in a Kitsilano diner last year.

Last week, Premier Christy Clark announced she would reverse some of the province’s more punitive welfare policies. The new changes includes allowing those on welfare to earn some income, eliminates time limits and increases supports for children whose parents receive assistance. These are positive steps that will help people struggling with poverty. But they won’t help them escape it.

Clark’s welfare changes basically undo some of the mess her own party made a decade earlier. In 2002, the BC Liberals introduced sweeping changes to the welfare system—one of the most egregious of which was eliminating any kind of earnings exemptions for anyone except those on disability. That meant welfare recipients had every dollar they made clawed off their next cheque. It virtually trapped them in poverty.

Starting in October, single welfare recipients in British Columbia will be able to earn up to $200 a month. With Saskatchewan now as the only province that doesn’t allow any kind of earning exemptions, B.C. will be closer in line with other provinces—welfare recipients in New Brunswick can earn up to $300 a month, while those in Alberta can earn up to $230 plus 25 per cent of remaining income. Clark is also increasing the earnings emption for those on disability from $500 to $800 a month.

Much like the stubbornly long wait to increase the province’s minimum wage, it’s amazing that it took this long for the BC Liberals to reinstate earnings exemptions. Nobel Peace Prize winner Muhammad Yunus has said not having earnings exemptions makes poor people “virtual prisoners to poverty”, while even the right-wing Fraser Institute argued that earning exemptions “would bring balance to the welfare system”.

Allowing earning exemptions will give people the opportunity to re-enter the labour market on a part-time basis—which is the only option for most—and the dignity to increase their standard of living. And by officially eliminating the two-year time limit on welfare (which the government backed away from ever really enforcing) and increasing dental and school supports for the children of families on welfare, Clark should be commended for reversing some of the decisions of her predecessor, Gordon Campbell.

However, even the Minister of Social Development, Stephanie Cadieux, called the changes “modest”. The BC Liberals had an opportunity to overhaul the province’s welfare program so it could actually help lift people out of poverty and instead made some minor adjustments. It could have reinstated a percentile earnings exemption (much like many other provinces) past the $200 a month. Or it could have lifted the figure so it equaled the exemption for those on disability. And if they were serious about helping those on welfare, they would have increased the welfare rates.

Right now individuals, without disability, on welfare in this province are given a paltry $610 a month to live on. With GST and other benefits, they can earn up to $648 a month (this is actually down from a peak of $758 a month in 1994). It doesn’t go far in a city where the average bachelor apartment is $881 a month.

Instead, Premier Clark even added one new punitive rule to welfare that will have a detrimental impact on desperate people: when someone applies for welfare, in order to prove beyond a doubt that they can’t find work, they will now have to wait five weeks instead of three before they’ll receive assistance. That extra two weeks could put a person on the streets.

What we need is a poverty reduction plan—B.C. is one of only two provinces not working on one. With the highest poverty rate in the country, a few minor changes to the welfare rules aren’t going to change that.