join us donate
LOG IN or SIGN UP
Liquid syntax error: Error in tag 'subpage' - No such page slug join
find a vendor
November 29, 2019 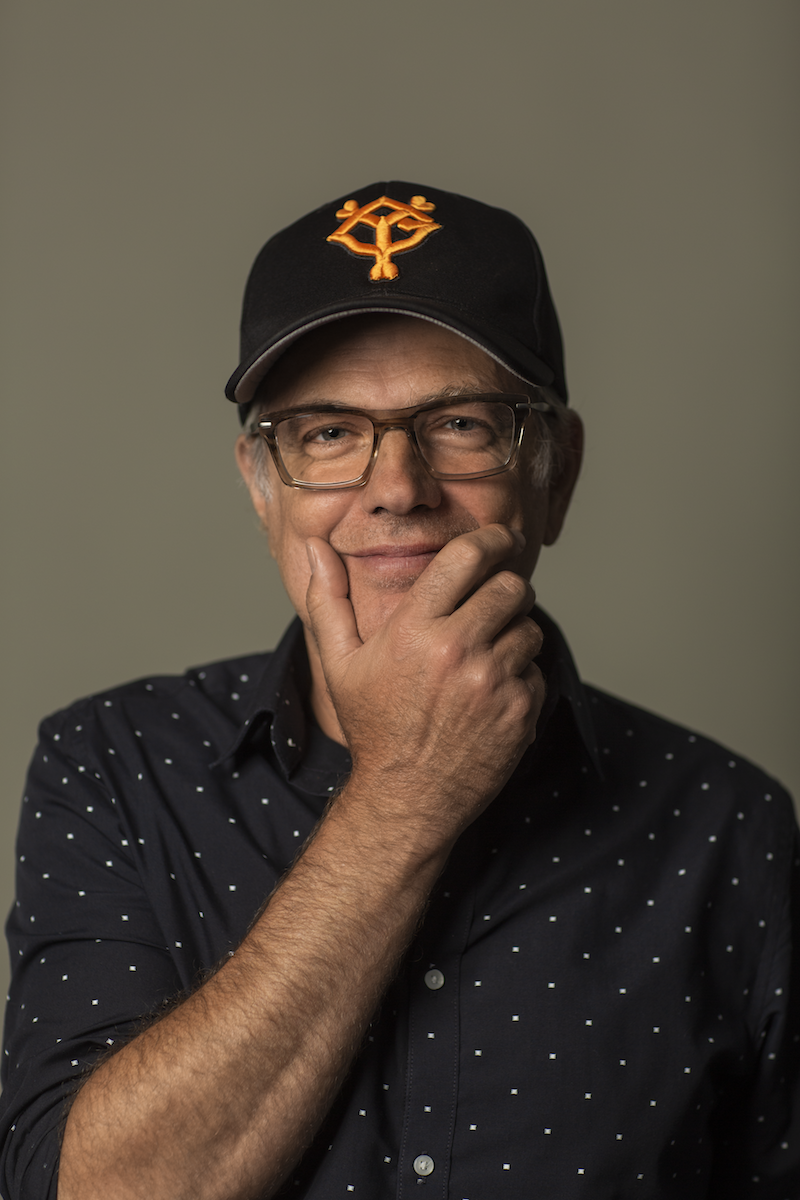 'I would love for this to get under people's skin.' Playwright Rick Waines delves into a controversial topic in his work Secret/e.

BILLI:     Look, tonight has been very strange, you are very strange, but underneath all your gloomy, you are nice, kind even, perhaps. GUY: Not so kind, not so nice.

BILLI: Come back to bed.

GUY: I think I may have killed you.

Secret/e, by Victoria-based Jessie award-winning playwright Rick Waines, follows a character named Billi who is being interviewed by a police detective because her violent boyfriend Guy has assaulted her. The plot takes a strange twist however, when Billi becomes the one being charged with aggravated sexual assault.

As Secret/e moves along and the stories of the characters unfold, the audience is confronted with questions about the justice system and the highly stigmatized, and sometimes criminalized, world of HIV/AIDS.

Secret/e places the audience in the mind of a man as he tries to reconcile a decision to not disclose his HIV/AIDS status—a criminal offence in Canada—as well as exploring the experiences of the woman exposed and the officer tasked with the job of investigating.

Waines contracted the virus that causes HIV/AIDS when he was a teenager after receiving a tainted blood transfusion. A hemophiliac, Waines was receiving blood two or three times a week and says the tainted blood could have come from thousands of donors.

It was the early 1980s when a new pathogen (later called Human Immunodeficiency Virus, or HIV) first began emerging. It soon became an epidemic, affecting the entire blood supply in Canada before measures were taken to screen donations.

The tainted blood tragedy left roughly 2,000 recipients of blood and blood products infected with HIV/AIDS—including Waines—and another 30,000 infected with the hepatitis C virus.

Twenty-two years ago this month, on Nov. 26, 1997, the Royal Commission of Inquiry on the Blood System in Canada—a.k.a. the Krever report—was tabled, calling the tainted blood tragedy the worst-ever preventable public health disaster in Canada.

As a result of changes made after the report became public, Canada has created a much safer blood system, with proper regulations and stringent screening systems. There has not been a case of a patient infected by contaminated blood since the Krever report was tabled.

It was 1987 when Waines found out he had contracted HIV. He says that at the time, people being told they were HIV-positive was “akin to being told you were going to die.”

He had friends and family who had died of HIV/AIDS, and as a 21-year-old first finding out, he says he “didn’t have any of the tools to navigate” this new part of his life.

On top of coping with the medical reality of having the virus, Waines struggled with disclosure of his condition throughout his life, and based this fictional play partly on his experiences to illuminate what it’s like for people to living in such a stigmatized environment.

“As a young, 21-year-old virgin with HIV in 1987, navigating disclosure was terrifying. And I didn’t get it right the first time I had intercourse. I got it as wrong as you can get it.” Waines says.

“The failure was mine, but it was also a failure of a culture of shame and guilt that surrounded HIV at the time. This play, many years in the making, is my attempt to understand what happened that night. It is also an attempt to examine how our criminal justice system works against our goals of limiting the spread of infectious disease.”

Because of the societal and cultural influences that still surround the virus and the associated AIDS (Acquired Immune Deficiency Syndrome) illnesses, Waines created the play to help himself and others understand how complicated disclosure can be.

“As someone who has gone through it, it’s important for me to tell this story,”  he says.

Canadian legislation states that people with HIV/AIDS have a duty to disclose their status before engaging in sexual behaviours that pose a “realistic possibility” of transmitting HIV to another person. Waines notes that people have been charged with criminal offences and some have been jailed for non-disclosure, which has created a stigma that often prevents people from even being tested in the first place.

“Any barrier we construct to testing and treatment, which criminalization is, can’t have a positive effect,” he says.

Prior to writing Secret/e, Waines toured with Green Thumb Theatre Group in the 1990s, performing a play called Cost of Living, in which Waines won a Jessie Richardson Award for Outstanding Performance. He says that people at the show always wanted to know how Waines had contracted the virus, and because it came from tainted blood, he says he was often “viewed as an innocent victim.”

In his time with the theatre group, along with being on the board of directors for the Vancouver Persons with AIDS Society, Waines says he has always worked against this perception.

“Instead, I have tried to instill in others that none of us deserved it.”

Waines believes that although decades have passed since his initial work on this subject, and despite many people buying tickets being familiar with HIV/AIDS, there may still be some pushback surrounding the content. But he’s OK with that.

“I would love for this [the play] to get under people’s skin.”

Each showing of Secret/e will include an opportunity for audience discussion at the end and Waines hopes the performances will promote dialogue from people with a range of opinions.

Waines has done a workshop and reading of the play in the past year, but this month’s performances will be the first staging of the show. It premieres at the Intrepid Theatre Club (#2-1609 Blanshard St., Victoria) Nov. 27 to Dec. 1, with the final performance landing on World AIDS Day.

Secret/e, produced by Theatre in the Way, boasts a talented roster for its world premiere production. The strong-willed, vivacious Billi is played by Tofino native and Ladysmith resident Jessica Lowry; actor and theatre professional Matthew Payne plays a police officer faced with a conundrum; and Kett Turton, a West Coast-based TV actor (iZombie, The Flash, Supernatural, The Magicians) is cast as the enigmatic character Guy.

Secret/e director Sharon Bajer, an actor and playwright in her own right, pulls it all together.

In some ways, each character reflects aspects of Waines’ own life around contracting and living with HIV.

“I have come to a place of feeling as comfortable as I can about this,” he says, adding he is open to taking a risk because it is outweighed by the importance of bringing the stigma of HIV/AIDS into the spotlight.

Secret/e is now playing at the Intrepid Theatre Club in Victoria from until Dec. 1. For more information or to buy tickets, visit intrepidtheatre.com