join us donate
LOG IN or SIGN UP
Liquid syntax error: Error in tag 'subpage' - No such page slug join
find a vendor
March 26, 2014 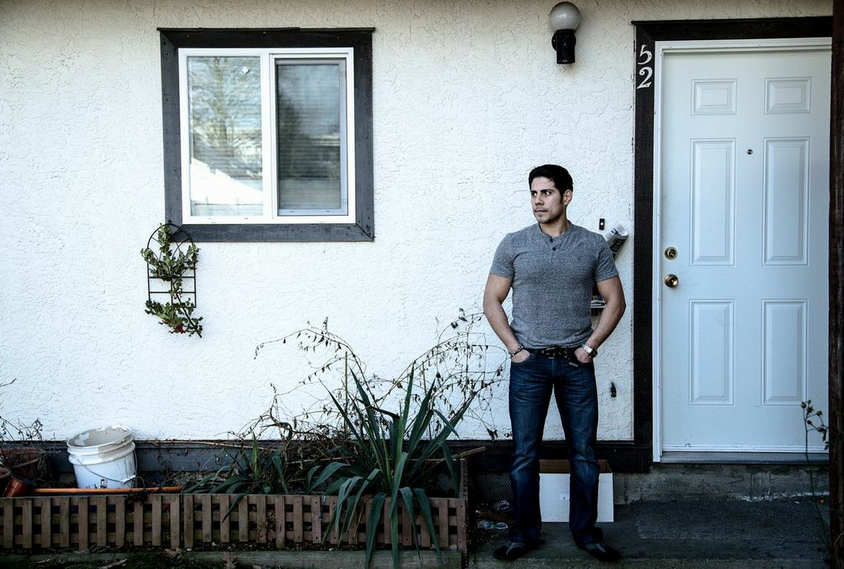 At the end of the month, refugees arriving in British Columbia will no longer receive free help to cope with the traumas they endured before fleeing to Canada.

The change comes after Citizenship and Immigration Canada (CIC) denied funding to refugee mental health services in B.C. As a result, organizations that have been offering free counselling programs for years will be forced to close their doors to refugees effective March 31, 2014.

After that, refugees without the money will get no professional help to process their experiences—a crucial step in getting settled in a new country.

"This is a mental health crisis," says Dylan Mazur, executive director of Vancouver Association for Survivors of Torture (VAST). They have lost 75 per cent, or about $250,000, of their budget after the federal government cut funding.

VAST is B.C.’s largest organization that provides mental health services to refugees. In 2013, they saw 633 clients and the year before that, 655.

Carlos Mauricio Cruz was one of those clients. His mother, an influential lawyer and social rights advocate, was murdered by gangs in their home country of Honduras. He fled out of fear that he would be targeted next.

When Cruz arrived in B.C. late summer 2011 he had nothing. In Honduras he was a lawyer, taught at the university, he owned a house, a car, had friends—he had a life. In Canada all that was gone and Cruz didn't speak a single word of English.

His immigration lawyer saw how Cruz was struggling and referred him to VAST. Initially, Cruz was hesitant to go. When he finally did, he found the centre's translators helped him express himself. It was the first time after his arrival in Canada that he could talk about his feelings and experiences. It changed him, he says.

For 10 months, he visited the centre once a week. The place was like a community. People would meet up, cook food, drink coffee and share their stories.

"There were so many people with bigger issues than my own who went to VAST and received help and support," says Cruz. "I don't know what will happen to them if there is no VAST."

"There's nowhere to send these people," he says. "There are the settlement services, but for mental health there's no one."

Chris Friesen, settlement services director of Immigrant Services Society of BC (ISSofBC), is worried as well.

"These programs are providing crucial help to men, women, children and youth who require specialized mental health intervention. At the end of March this will no longer be case," he says.

ISSofBC has been responsible for distributing the funds for refugee mental health services in B.C. since 2008. Each year they received close to $800,000 from the provincial government and divided it between three B.C. organizations: VAST, Family Services of Greater Vancouver and the Bridge Refugee Clinic under Vancouver Coastal Health.

The funding came as part of a larger sum that the federal government sent to British Columbia each year through the Canada-BC Immigration Agreement to fund the provinces settlement and immigration programs.

In April 2012, CIC Minister Jason Kenney announced that he was revoking the Canada-BC Immigration Agreement effective in two years. Starting in 2014, organizations like ISSofBC and VAST would have to apply directly to CIC for funding.

Both organizations did so in the summer of 2013 but it wasn't until January this year, three months before their previous funding ran out, they received notice: their applications had been rejected.

"It was a four-line email," recalls Mazur. "There were no reasons given, just that we didn't fit their criteria."

No appeal process is available under CIC funding.

Friesen responded promptly and requested a debriefing to the federal government from CIC on why ISSofBC would not receive funding.

"Our proposal was based on a model that is currently being delivered in Manitoba and in Ontario where it has been funded by CIC for several years," he says.

Why would CIC not deliver funds to crucial programs that already exist elsewhere in Canada? Friesen wanted to know.

After sending a request to CIC in mid-January and not hearing back for over a month, CIC recently informed Friesen that ISSofBC would receive some funding after all to fund a position that would have otherwise been terminated. However, the position is not for a registered therapist or a psychologist: CIC made it clear in its letter to ISSofBC that they do not fund mental health care; such funding would have to come from the provincial government, the federal agency said. 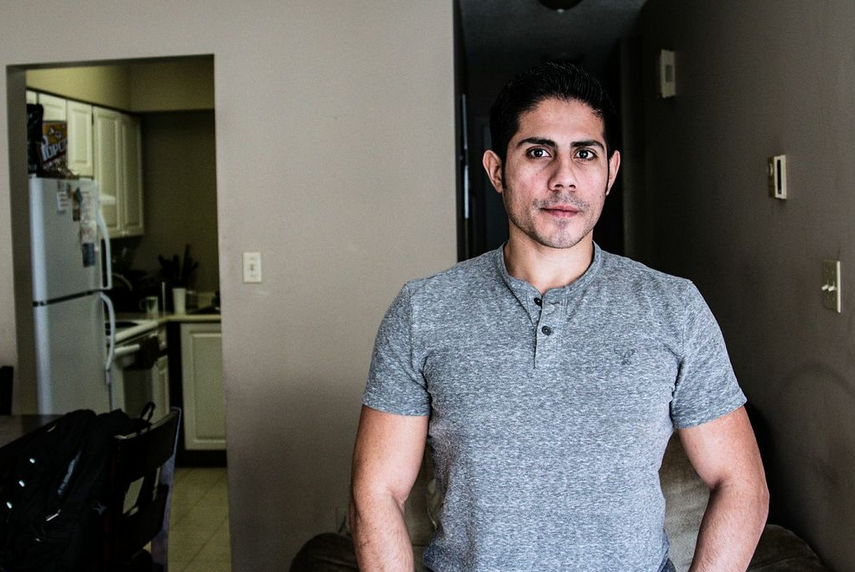 When Carlos Mauricio Cruz arrived in Vancouver three years ago, he had nothing. The lawyer had fled Honduras, his home country, after his mother was murdered by gangs.

At Family Services of Greater Vancouver, there is also concern as to what will happen to the refugees once funding runs out.

Family Services of Greater Vancouver received close to $100,000 each year through the now discontinued funding. They used the money to fund two therapists who did group or individual counselling for refugees. When this month comes to an end, so does the counselling.

“These are adults and children that have witnessed shootings and war, seen family members being killed or they were maybe shot themselves," says Christina Melnechuk, Family Service’s manager of counselling and trauma services.

“Some of them show all the symptoms of anxiety and depression and really need help before they can even begin to feel strong enough to learn the language and try and find work,” she says, echoing Friesen's concern that the loss of services will delay refugees' settlement process.

Melnechuk says they will continue to see refugees through their regular counselling program but that it won’t be for free anymore. If they don't have the money they won’t be able to access service, she says, having nowhere to turn.

Friesen says the federal government has an obligation not to let it come to that.

Unlike other immigrants many refugees are selected as Government- Assisted Refugees (GARs) and invited to Canada where they will receive permanent residence upon arrival and support for up to one year. In 2012 B.C. took in 711 GARs.

“The government invites and supports these people to come to Canada and I think we owe it to provide as much support as we can to this particular vulnerable newcomer population,” says Friesen.

Melnechuk agrees. She doesn’t think we should be bringing people that have had these kind of experiences into the country and then not help them.

“On one hand we open our hearts and say with compassion that we're going to get you out of this terrible situation," she says. "But then we bring you here and then we're not going to give you the help you need.”

A version of article was originally published in The Tyee on February 20, 2014. Since then, CIC notified the ISSofBC it would provide some funding to a position that ISSofBC expected to lose in the wake of recent funding cuts. As well, VAST and ISSofBC are in dialogue with the provincial government, which CIC directed them to for seeking funding for mental health care. No firm commitments have been made yet.