join us donate
LOG IN or SIGN UP
Liquid syntax error: Error in tag 'subpage' - No such page slug join
find a vendor
September 16, 2011

The revolution will not be televised.

If the filmmakers behind the documentary With Glowing Hearts are to be believed, however, the revolution will be tweeted, blogged and livestreamed.

Their movie centres on last year’s Olympic Winter Olympics and, in particular, the thousands of accredited journalists that descended upon the city to document the events. Amongst those traversing our city toting cameras, recorders, notepads and press accreditation were a contingent of citizen journalists intent on documenting the Games’ impact on the Downtown Eastside their community.

Outside of the garish medal haul by Canadian athletes, the games were perhaps most notable for the alternative media centres and accreditations that were created, catering specifically to independent media, citizen journalists, bloggers and other people who seek to report and document the Games on their terms. 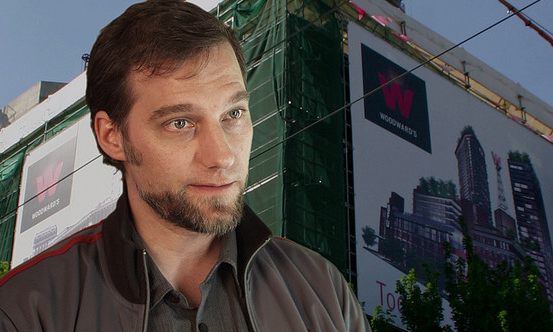 W2 executive director Irwin Oostindie is one of the central figures in With Glowing Hearts.

At the centre of it all was True North Media House, a virtual media accreditation organization that sought to aggregate content from bloggers and citizen journalists documenting their experiences, and W2 Culture + Media House, billed as the first and likely last independent social media centre during an Olympics.

With Glowing Hearts follows the organizers, journalists, photographers and videographers behind this inspiring movement (including Megaphone vendor Garvin Snider), one that created a new sense of community and empowerment amongst those who embraced it. It’s dizzying at times to consider the various technological tools embraced to tell and disseminate the myriad stories.

The filmmakers are currently touring the film across Canada -including Vancouver on Saturday, September 24-hosting a series of “unconferences” where they invite the public to participate in a mediated discussion about how citizens can better use social media and citizen journalism to strengthen their communities.

In the words of the filmmakers, “History has shown that poor and marginalized communities stand to gain the most from leaps forward in the democratization of information.”

With Glowing Hearts: A Vancouver 2010 Social Media Story shows at SFU Woodwards Goldcorp Centre for the Arts on Saturday, September 24. Tickets are $20 and available at WGHtheMovie.ca.

Megaphone is giving away two pairs of tickets to the show. Enter your chance to win by emailing [email protected].