join us donate
LOG IN or SIGN UP
Liquid syntax error: Error in tag 'subpage' - No such page slug join
find a vendor
August 20, 2013 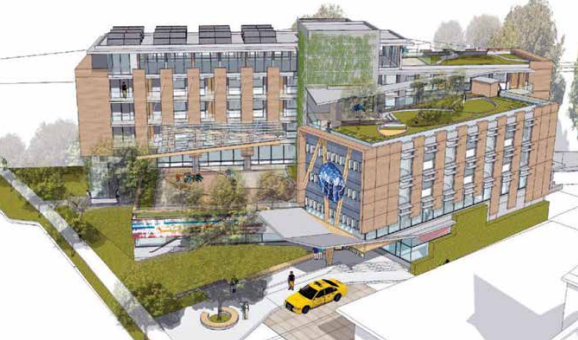 The evening was warm and bright as three dozen members of the African immigrant community solemnly filed into the Dodson Hotel on East Hastings Street last Thursday. They were there to remember John “Mudi” Salilar, a dear friend whom many considered to be a hero, the “Robin Hood” of the community.

It’s a perception that might have surprised those from outside his community who knew Salilar. And it reveals a reality for an unknown number of refugees who come to Canada fleeing horror, only to wind up at the very margins of their new society. For them, precarious shelter becomes both symptom and cause of a discouraging cycle.

Salilar fled Liberia by boat at 18 and arrived in Canada as an undocumented refugee in 1986. He died on July 12 at 45, unable to recover from injuries sustained after people beat him up at the Balmoral Hotel last month, leaving him bleeding from the head. As his friend Jean de Dieu Hakizimana describes it, he was “kicked like a dog.”

Salilar was homeless for the decades he spent in Vancouver, staying with friends, sleeping on the streets and spending considerable time in jail—he was well known to police, and incarcerated 57 times for shoplifting. But his minor crimes belied a generous nature. He routinely stole food, alcohol, and cigarettes to give to those he felt needed it most, primarily single mothers and low-income African immigrants.

“He really [meant] a lot to people in Vancouver, Surrey, Richmond. People who are low-income [and] don’t have food, drink,” Hakizimana says. “They called him Johnny the Supplier. Anything he had, he gave away.”

Going from place to place on his delivery runs, Salilar attracted a strong network of people who both relied on him and loved him. He also had other ambitions. “He wanted to know how to read the newspaper and to speak English. He’d never been in school. He wanted, so bad, to go to school,” Hakizimana says. “He wanted to change his life. He was tired.”

But change wasn’t easy. And sadly, it never came for Salilar.

ID, driver’s license, ‘he didn’t have it’

Hakizimana, through his work as the founder of Neighborhood International, a non-profit aimed at empowering newcomer individuals, families and communities, tried to help Salilar where he could. He got Salilar onto income assistance—for the first time in his life—in January this year.

The two had met as young men in 1998, a year after Hakizimana had arrived in Canada as a refugee claimant fleeing the fallout of the Rwandan genocide.

“He had no social insurance number, no identification except the papers from jail,” Hakizimana says. His friend’s lack of identifying documents, his limited language ability and Salilar’s own reluctance to deal with government officials (itself a sign of trauma) made it especially difficult for him to find a foothold that would allow him to escape the streets.

Salilar never was formally accepted into Canada. Instead he simply stayed, an undocumented refugee. At various times in his life, he was among the visible street homeless and the more nebulous “hidden homeless”—those who aren’t sleeping on the street or in shelters, but staying temporarily sometimes precariously, with friends or family with no permanent place to call their home. Like other newcomers in his situation, he often resorted to emergency shelter, lacking the means to house himself.

“For refugee claimants, of which there are upwards of 2,000 that come in to British Columbia [annually], they arrive, in many cases, essentially homeless,” says Chris Friesen, settlement services director of the Immigrant Services Society of BC (ISSBC), the province’s largest immigrant-serving agency.

The ISSBC operates a downtown Vancouver transitional housing facility called Welcome House Centre, which has 80 beds. The 800 to 900 government-assisted refugees coming to B.C. each year are brought to Welcome House, leaving little room for refugee claimants.

“We are mandated, whether we have space or not, to find [government-assisted refugees] temporary accommodation—temporary being two-week accommodation—while we support their search for longer-term rental housing,” Friesen says.

That becomes harder in the waning months of the calendar year, “between mid-September and mid-December,” he says. “Because the target of government-assisted refugees is done on a calendar-year basis, often in the rush to meet the targets, we have upwards of 40 to 50 per cent of the annual target arrive in the last quarter of the calendar year. And so we often have to go to nearby hotels on temporary basis.”

With government-assisted refugees getting preference, the modest, 28-year-old Welcome House facility can’t always accommodate everyone it’s designed to serve. “In the past year, there were well over 800 people—refugees without legal status—that required emergency shelter. And we were not able to meet that need,” Friesen says.

It’s a population he refers to as “uncounted homelessness,” individuals who fly under the radar of conventional homeless documentation and tallying methods, chiefly the Metro Vancouver and City of Vancouver’s homeless counts.

Vancouver’s few refugee-serving agencies do keep some record of local newcomers who are either homeless or at risk of homelessness.

Between 2011 and 2012, the Inland Refugee Society placed 190 newcomers into emergency housing, including hotels, shelters, private homes or housing provided by faith groups. During that same period, Settlement Orientation Services reported 60 to 70 per cent of its clients—590 to 689 people—needed emergency shelter because they had nowhere to live. And then, in 2011 Metro Vancouver Regional Homeless Count noted in its tally—widely understood to be an undercount of the total number of homeless people in the region—that 58 homeless people surveyed described themselves as new Canadians.

In that light, it is possible as many as 1,000 people a year—or half of all of those arriving in B.C. each year in search of a new and safer life—fall into the statistical gap of the uncounted, or “hidden” homeless. This is familiar information to settlement workers like Friesen. But to most everyone else, “the issue of homelessness among newcomers isn’t understood and not widely documented,” he says.

“The [regional homeless] count that’s done annually doesn’t, in my opinion, do enough outreach to non-English-speaking people who are homeless,” Friesen says. Among other things, non-Englishspeaking refugees, like Salilar, may be reluctant to participate in a survey where the language spoken is not their own.

“Also, there are issues of honour, shame, vulnerability,” he adds. “Mistrust of how this information is captured and how it will be used, whether it will have any impact on their claim process if they're refugee claimants. It's more complex than doing a count with Canadian-born individuals."

Newcomers require more assistance than others, but relatively little is known about their housing situation, or lack thereof. “The issue of homelessness among newcomers isn’t understood and not widely documented,” Friesen says. “We’re trying to spray paint the invisible man.” 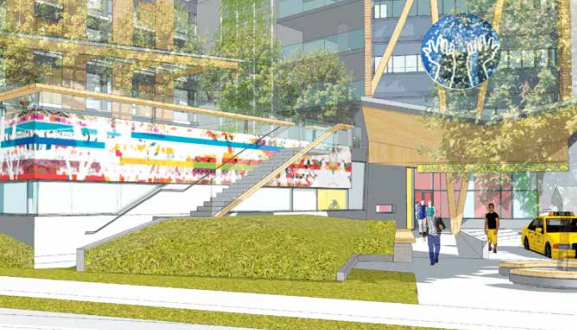 Newcomers, particularly refugee claimants, are greatly helped in their settlement success if they receive some concerted assistance when it comes to finding and securing housing.

The authors of 2011’s Metropolis BC study of newcomer housing experiences conclude their 132-page report with this: “maintaining suitable, adequate, and affordable housing requires more intensive assistance than simply providing ‘how to’ instructions.

Therefore, just as employment resource centres have been created to assist unemployed people with finding and maintaining employment, it would be beneficial to have a housing resource centre where newcomers who are struggling in the housing market can access effective assistance over a longer time frame than settlement workers are able to provide given their limited mandate and busy schedules.”

ISSBC is trying to respond. It has plans for a new and expanded Welcome House, with some 200 beds in 28 reconfigurable units to accommodate singles and families of different sizes. The ambitious scope also includes an onsite health clinic, a refugee trauma support and treatment centre, childminding, a youth drop-in space, food bank and community kitchen, a law clinic, multilingual support staff, a teaching facility linked to local postsecondary institutions and ISSBC’s corporate service offices.

So far the agency has lined up funding toward the anticipated $24-million project from a $1-million capital grant from Vancity Credit Union, equity leveraged from selling the current Welcome House location at Seymour and Drake streets downtown, pre-existing revenue transfers from all three levels of government and donations from private foundations and individuals. The City of Vancouver gave ISSBC a 60-year lease on land at 2610 Victoria Dr., in East Vancouver’s Grandview-Woodland neighbourhood near John Hendry Park, for $1 a year.

Still, Friesen says, “We have a shortfall, at the moment, of between $4 and $5 million for the project. The housing component is essentially the largest shortfall area.”

ISSBC has tried unsuccessfully to secure funding from both the Streetohome Foundation and BC Housing. “[Streetohome] did not see a clear match between their current priorities and our project,” Friesen says. “BC Housing has given us a small [proposal development funding, to pay some of the costs of a full formal proposal], but we have up to now been unsuccessful in obtaining a capital grant through BC Housing.”

The agency is committed to breaking ground on the project nonetheless. Construction is scheduled to begin in winter 2013. The facility is expected to open on June 20, 2015, World Refugee Day.

The new Welcome House Centre will be the first integrated housing and service facility of its kind in the world. The aim is for it to serve people across the region, not just those in Vancouver.

“The intent is that this regional facility will be a hub, with spokes going out to various other cities in the Metro Vancouver area and offices to continue to provide the support that this particular population needs, regardless of where they live,” Friesen says.

“We’ve really come to the conclusion that this population is so vulnerable and at-risk when they first arrive in this country that whatever we can do to bring those systems together under one roof will, undoubtedly, provide a better starting point for them as they continue and become future Canadians,” Friesen adds.

If John Salilar had spent his first few nights in Canada at the new Welcome House Centre, the rest of his days may not have been lost to the street and emergency shelters. “His life would have been different,” his friend Jean de Dieu Hakizimana says.

The loss was not his alone. Whether they arrive in secret flight or under the government’s wing, refugees are following the same path taken by the rest of Canada’s settler majority, with much to contribute if they’re able to leave the fringes and fully participate in society. Salilar “was caught in between,” Hakizimana remembers. His haven in Canada from the violence of the past proved largely an illusion.

“The doctor says it’s very rare to see someone 45 years old [have the physical traits of an] old man,” Hakizimana shares. But with what Salilar had experienced in his life, says his friend, “He was old.”

Jackie Wong reports on affordable housing for The Tyee Solutions Society, a partnership between Megaphone, The Tyee and other media outlets.

This series was produced by Tyee Solutions Society in collaboration with Tides Canada Initiatives Society. This series was made possible through the support of the Real Estate Foundation, Vancity and BC NonProfit Housing Association. Support for this project does not necessarily imply Vancity's endorsement of the findings or contents of this report. TSS funders and Tides Canada Initiatives neither influence nor endorse the particular content of TSS’ reporting. Other publications wishing to publish this story or other Tyee Solutions Society-produced articles, please visit TyeeSolutions.org for contacts and information.