join us donate
LOG IN or SIGN UP
Liquid syntax error: Error in tag 'subpage' - No such page slug join
find a vendor
July 03, 2013

All Aboard: Making public transit the driving force in Metro Vancouver 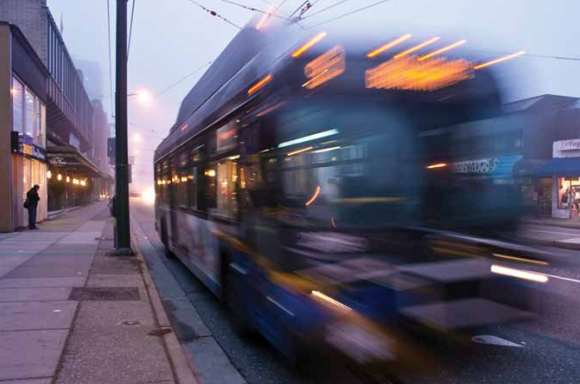 Clawing one’s way aboard Vancouver’s 99 B-line bus during rush hour on Broadway is a special exercise in commuter hell. A claustrophobic and labyrinthine knot of backpacks and business suits awaits the B-Line at all stops, the mass squeezing through three crowded doors to join an already packed bus.

The automated three-tone warning sound to alert passengers the doors are closing usually malfunctions because the doors can’t close. There are too many people on board. And then the commuters who can’t cram through the doors on first try must wait for the next bus to come along, though often it won’t stop for them because it is simply too full.

This scene is played out in various transit hubs across Metro Vancouver. The City of Surrey faces similar public transit demands, a byproduct of its status as the fastest growing municipality in the region.

South of the Fraser, however, the opposite scenario plays out. In Delta, far fewer residents gather at bus stops, so wait times have increased exponentially for the few buses on the road. The municipality was home to some of the worst performing bus routes in Metro Vancouver, according to the latest TransLink bus service performance review.

The study in contrasts is just one of the challenges facing transportation planners. Consider that over the next 30 years, the population of Metro Vancouver is expected to balloon by an additional one million people, bumping the number to over three million.

The region’s mayors, transit experts and advocates alike insist sustainable transit needs to be a priority to match the growth.

But with limited resources, municipal governments face the daunting task of finding ways to increase transit demands without leaving passengers behind.

During the provincial election last month, the BC Liberals promised a November 2014 referendum to approve new TransLink taxes and tolls.

That expansion would include rapid transit through Surrey to Langley and along Vancouver’s UBC-Broadway corridor. The proposal included a vehicle levy, a share of carbon tax, a small regional sales tax or some form of road pricing.

The promised referendum has drawn criticism from the regional mayors and transit advocates who fear such a vote will cripple long-term transportation planning by dividing interests.

“The referendum can rip the region apart,” said Gordon Price, former Vancouver city councillor and director of the City Program at Simon Fraser University (SFU). “The stakes are so high and the players are so diverse. The trouble will be getting a majority vote.”

The potential divisiveness of the referendum is of particular concern among members of the Mayors’ Council on Regional Transportation.

That council consists of 21 municipalities across TransLink’s service region and approves plans prepared by the transit agency.

Surrey mayor Dianne Watts has been vocal about her concerns that people from other parts of the region won’t want to pay for infrastructure south of the Fraser. She’s been quoted saying a vote could split the region into haves and have-nots; those who refuse to pay higher taxes for service, and those who miss out as a result of no funding for transit services.

For his part, Price says distilling a complex issue like transit into one vote is a poor idea. And he speculates it’s happening in a referendum for reasons that have little to do with transit. “It was done so the province didn’t have to take a political hit,” he says.

“If they’re going to put public transit to a vote, why not vote for everything else?” he asks. “How come funding for plans like the Port Mann Bridge and the Pattullo Bridge aren’t being voted on?”

So far, the B.C. government has been vague about the shape such a referendum will take.

A spokesperson from the Ministry of Transportation and Infrastructure could not provide clarity. In an email, she wrote, “Minister Todd Stone will be discussing funding, governance and the referendum with the chair and vice chair of the Mayors’ Council soon.”

“If any referendum is to have any chance of succeeding or having a meaningful effect, it is important that the question be clear and that any option can be proposed,” says Lee Haber. He’s the director of Get OnBoard BC, a coalition of residents, businesses, academics and others interested in improving public transportation.

“Our efforts will be in working with those involved to ensure there is a clear, meaningful question and to demonstrate to the public the benefits of future transit investment,” he says.

Regardless of how the funding decision is ultimately made, there is little doubt public transportation needs to be a regional priority.

Studies have shown that in addition to cutting costs of traffic congestion, an effective public transit system stimulates economic growth, creates jobs and increases workplace productivity—especially critical when considered in the context of those extra one million people in the region.

The benefits of public transportation is estimated at $11.5 billion a year in Canada, according to an October 2012 report that the public transit advocacy group Society in Motion presented to the House of Commons Standing Committee on Finance last year as part of pre-budget consultative work.

Efficiently moving people on transit makes for reduced travel times and increased mobility, the report says. What many public transportation advocates want to see is a reallocation of the existing public funds, both municipal and provincial, towards transit and away from car-dependent projects like the George Massey Tunnel replacement. 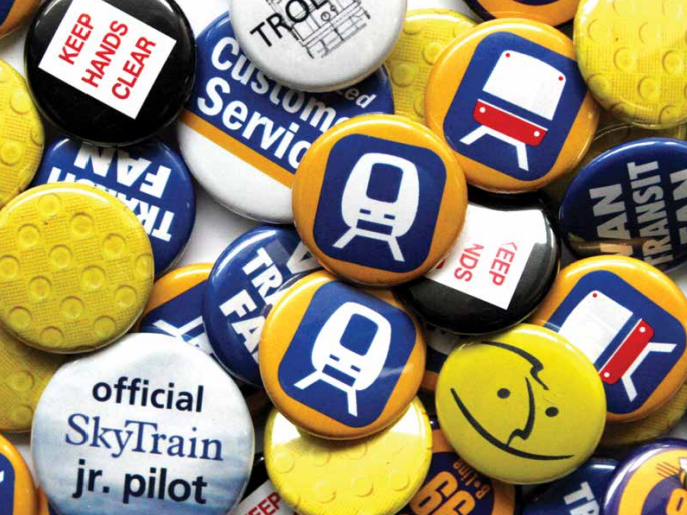 What could be saved

Between $1 billion and $1.5 billion per year could be reallocated from roadway expansion to transit, cycling, passenger rail and other low-carbon-emission transportation across B.C., according to The Climate Justice Project report, Transportation Transformation. According to Price, current trends show younger people are driving less.

Meanwhile, an aging population means a growing number of seniors require public transit. The evidence suggests people across the population spectrum could benefit from new, re-allocated funding for transit.

“But we’re still building more bridges and roads than ever, while there are less cars going in and out,” says Price. “If we keep prioritizing road projects, people get locked into car dependence and there are no funds raised for transit. That’s what’s happening in Delta, and now they’re considering cutting bus service rather than improving it.”

But Price doesn’t advocate for completely eliminating vehicle use, either.

“It’s still a necessary part of the mix,” he says. “If everyone did the same thing, it would get too congested.”

It’s why funding proposals that include road pricing and gas taxes are still viable. Even though they rely on the fact that cars need to be driven to fund public transit, an effective transportation system does not do away with the car entirely.

Vancouver was originally established as a network of neighbourhoods connected by streetcar, meaning it was planned around public transit.

“It’s in the city’s DNA,” says Jerry Dobrovolny, director of transportation with the City of Vancouver. “It’s how it was built. As the distance between point A and point B gets closer, we have more options. A lot of the city’s urban design brings amenities closer together, includes sidewalk cafés and makes walking comfortable, safe and convenient.”

The state of Vancouver’s public transit system today can be traced to a landmark municipal government decision in 1997. That year, the city chose to develop without adding increased capacity for automobiles. It turned its focus to transit, cycling and walking.

That planning direction resulted in a dramatic increase of people in and out of the downtown core, but a 20 per cent reduction of vehicles in the area. 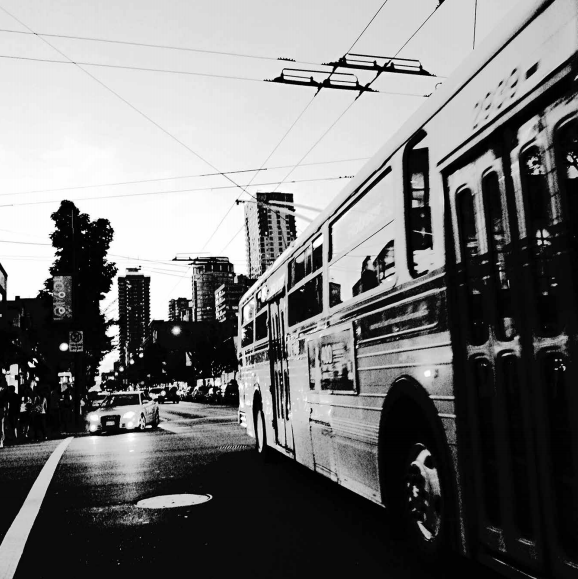 The new transportation plan also considers the use of public spaces in the city. The move garnered the support of the Vancouver Public Space Network (VPSN), a public space advocacy group.

Fung pointed to the Commercial-Broadway Skytrain station as an example, which has turned into a bustling hub of food places, stores and seating areas.

“Bus service and public transit doesn’t have that glossy ribbon-cutting funding appeal to it,” Fung says. “But it’s something that affects a lot of people and should be treated as a necessity. When it’s done right, it really makes a difference."