join us donate
LOG IN or SIGN UP
Liquid syntax error: Error in tag 'subpage' - No such page slug join
find a vendor
August 01, 2017
by Tessa Vikander follow this author
photos: Photo courtesy of Raven John.

Arts Profile: Meet Raven John, an artist that is carving her own path in spaces that celebrate both her Indigenous and two-spirit identity.

Artist Raven John is carving her own path, finding work as a professional in spaces that celebrate both her Indigenous and two-spirit identity. 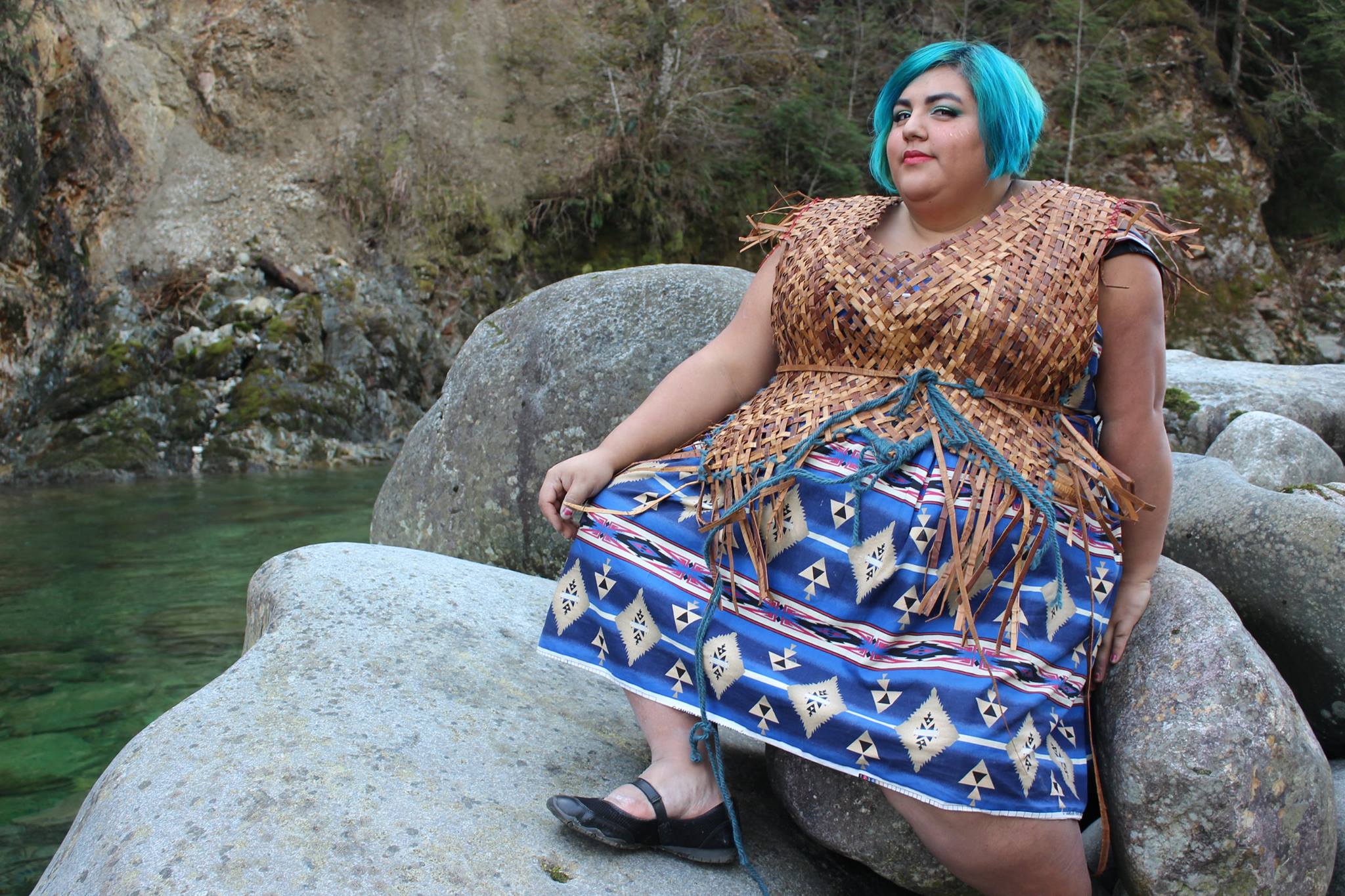 Bullied as a teenager, John never managed to finish high school, but now at 28-years old she's graduated with a BFA from Emily Carr, and is working on a certificate in Northwest Coast Jewellery Arts from the Native Education College.

She was a featured artist at the Queer Arts Festival this spring, and now she's working on her second stop-motion animation film.

Speaking during a phone call before we met, John says, "It's a dream come true, being able to work in film and make the unreal world real."

Making her world
A few weeks later, I sat down with John in the college’s lunchroom. Her voice is calm and confident, and she wears a turquoise and purple thin-strapped dress that she made herself.

As a kid, John says she loved the fantasy dreamscapes in films such as

The Little Mermaid and Legend (a dark fantasy film from the mid-80s). Now an adult, she has turned toward stop-motion animation and was recruited to work for a local, Indigenous-owned, stop-motion animation company, Spotted Fawn Productions, creating sets and sculpting the faces of the figurine-size characters.

“With 3D and illustrated animation ... it still comes down to a flat image or digital image, whereas with stop motion animation you're creating real things in real spaces and there's a tactile nature to it that is just really alluring.”

Beyond the artistic fulfillment, John says the production team offers her a safe, supportive space where her two-spirit identity is recognized.

"Where other productions aim to diversify their crew and programs, [this] company starts from a talented and diverse crew of women, queer identified, Indigenous and people of colour. There is no glass ceiling to break, we all come from a point of understanding and growth, each working to our strengths,” she says.

The term “two-spirit” is a way for LGBT Indigenous people to articulate a gender identity or sexual orientation that is connected to their culture and spirituality.

“Our sexual and gender orientations have more to do with our spiritual and cultural beliefs than simply being bisexual, homosexual or gender-fluid or gendervariant or trans-sexual,” says John.

Pushing back
Before identifying as two-spirit, John identified as a pansexual woman. It was only after coming to embrace and accept her Coast Salish and Sto:lo identity that she adopted the term. Her decision to identify as two-spirit is one of the many ways she is resisting the racism she has witnessed since a young age.

“I know a lot of the hatred I received and the bullying I received through high school was racialized, that it was because I was native,” she says. “That was something that for the longest time I tried to ignore and separate myself from.

“I think attempting to be or act colourblind is a coping mechanism that a lot of people use when they don't know any other way of moving forward.”

When John was a teen, she distanced herself from cultural practices, she says, because she didn’t want to “draw further attention from bullies and racists.”

She recalls turning down her family’s offer of teachings, explaining “I did not want to wear my native-ness.”

Aside from being public about her two-spirit identity, John is pushing back against racism and colonialism in other ways. She has lead several workshops on the impact of residential schools, attended anti-fascist rallies where she handed out anti-Nazi buttons, and has coordinated art workshops to Indigenous youth in rural areas outside Vancouver.

Make art, not war
Her work with youth is both a way to move forward and a reckoning with her past. John says she wants a different future for Indigenous youth, now.

“For the rest of my life, I'm hoping to make art, and to continue to make art,” she says. “I plan on taking up spaces that future generations can see themselves in,” she says.

While her future is looking bright, John laments that when she was younger, she did not “think highly enough” of herself that she could one day study art at a university level—but she also credits the barriers to her self-esteem due to legal, institutionalized, and social racism that she faced growing up.

“But seeing the cleverness and humour and talent in the youths from my communities in Hope, and in Mission, and Chilliwack, I know how far they can go, and that they can go much farther than me in their careers,” says John, noting that all they need is the support and opportunity she lacked in her youth.