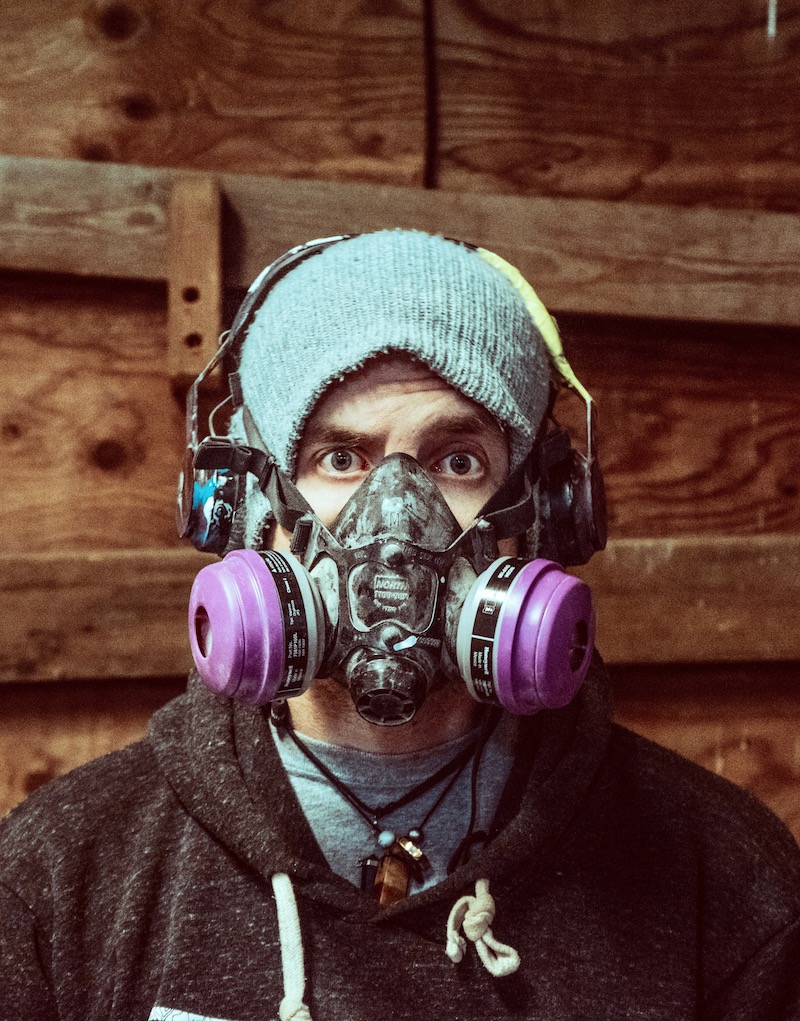 While most artists are concerned with composition, environmentally aware Alex Stewart is more interested in decomposition—creating biodegradable installations designed to naturally decay.

In a lush corner of a West Coast rainforest, a nursery stump is covered in moss, a small huckleberry bush and the face of a contemplative woman. It's the work of artist Alex Stewart, who creates biodegradable art that will decompose or end up covered in moss within one to six months.

“It’s a weird place to be as an artist because I like watching my art rot,” laughs Stewart in an interview with Megaphone.

Based out of a farm in Fort Langley, Stewart explores how well nature and art mix. He makes his own paint and paper for his creations that end up decomposing in nature, and he works with reclaimed scrap wood and plant-based paints and materials for indoor gallery pieces. Working to reduce his environmental impact as much as possible has really opened his eyes to just how wasteful artists can be, Stewart says.

“I’ve been wracking my head this past year to figure out ways to do better. Even acrylic paint is plastic and there isn’t an alternative for that. Canvases come wrapped in plastic. Everything with being an artist is just generating more waste, which is sad.”

Stewart grew up in the wilderness, camping, hiking and using every excuse to be outside. As a youth, he also learned to paint alongside his mother and grandmother, and ended up at the University of the Fraser Valley to study painting and photography.

But after graduation, he found himself feeling trapped in Langley, working at an automotive and industrial painting job to pay for a mortgage. It took some time for him to realize the toll this was taking. The companies he worked with had no interest in recycling or reducing their environmental impact, but Stewart needed the job to pay his mortgage.

Then the opportunity of a lifetime fell in his lap. In the summer of 2017, his sister bought a fish farm in Fort Langley and invited her brother to come live in the basement suite.

Within a couple months he had sold his condo, quit his job, moved in on the farm and gotten a dog. Best of all, he had the space, the financial freedom and the time to pursue his art full-time.

“It ended horribly,” he explains with a chuckle. "I had no idea what to do." 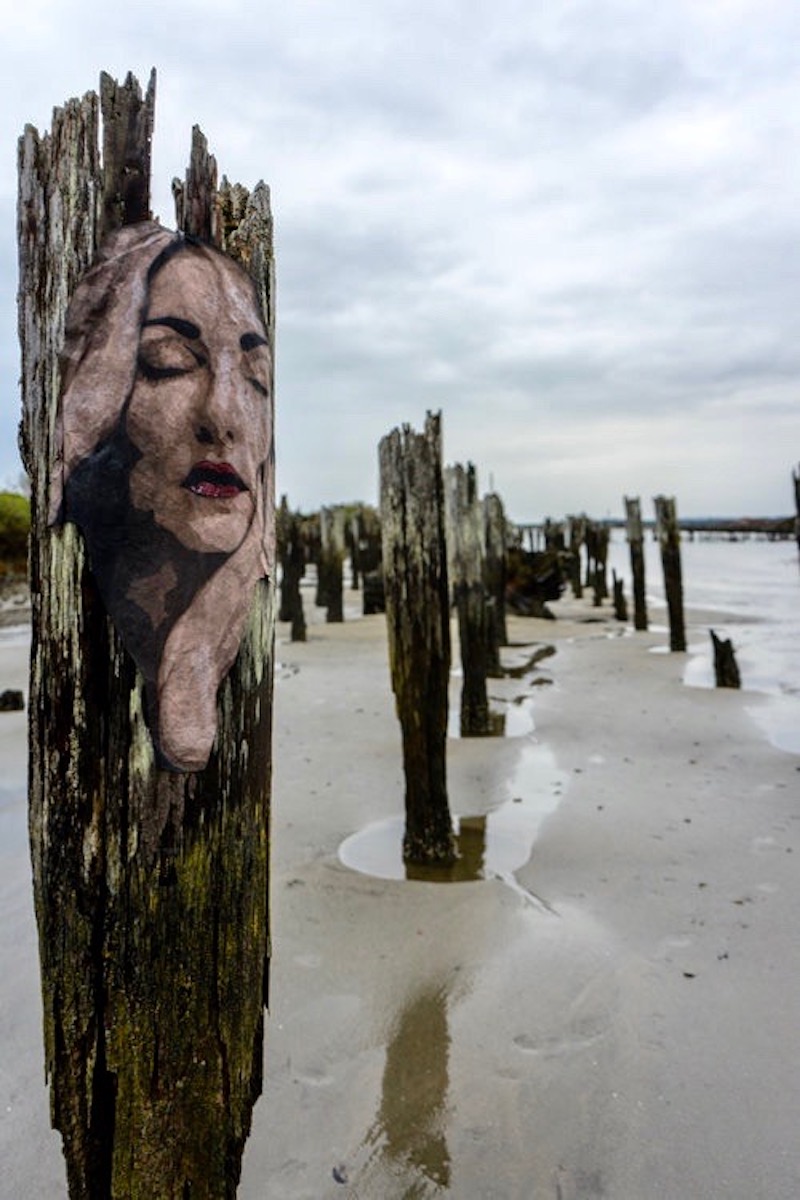 Combining moss, sugar, flour and almond milk or buttermilk, along with natural food-grade pigment in his kitchen blender, Stewart ran through a number of trial and errors before starting to fine tune the process. The resulting paste smelled horrible, he adds, so he would mix in vanilla extract to increase sugar levels and improve the scent.

Over the past year, he discovered a number of other companies creating and implementing eco-friendly practices. It was a learning process for him, he says, because these methods were never taught in art school.

Stewart figured out how to make a filter to separate plastic paint and his rinse water; discovered a environmentally friendlier epoxy to finish his gallery pieces; and started using paints comprised of just water, alcohol, pigment and a binder made from sugar cane.

For Stewart’s outdoor pieces, he experimented on stumps around the farm, creating a stencil first, putting it on paper and then pasting it onto dead stumps or decomposing logs—never a living tree. Expanding beyond his family land, he was conscious to be invited into a space to create art. He never wants to leave a destructive mark behind. He's also refused to geotag his artwork because he worried people will add their own graffiti to the area without care or consideration for the environment.

Stewart has built a partnership with the Nature Conservancy of Canada and a portion of his studio artwork sales goes towards the organization. In the future he hopes to build a partnership with Parks Canada to start a public forum about how everyone accesses nature yet most take the spaces for granted and assume someone else will care for them and keep them clean.

“It always falls back to being someone else's problem, not your problem,” Stewart says. “But with how drastically our environment is changing, it's really everyone's problem.”

In addition to creating art and doing his part in protecting the environment, Stewart is a coach at the Project Climbing Centre in Cloverdale, where he teaches outdoor etiquette, competitive youth climbing and trail maintenance. He says he pursues anything to help spread the word about the importance of nature and maintaining it.

Eventually Stewart hopes to be able to teach other artists what he has learned in becoming a more environmentally friendly artist. He occasionally guest lectures at the University of Fraser Valley, but also is thinking of starting a blog.

“Mankind has always wanted to make our impact on nature. We make monuments out of stone and carve faces in mountains. It's in our nature to want to make an impact, but I want to do that in the best way possible,” he says.