join us donate
LOG IN or SIGN UP
Liquid syntax error: Error in tag 'subpage' - No such page slug join
find a vendor
July 25, 2022

Powell Street Festival Is Back

Bringing Some Sizzle to the Streets 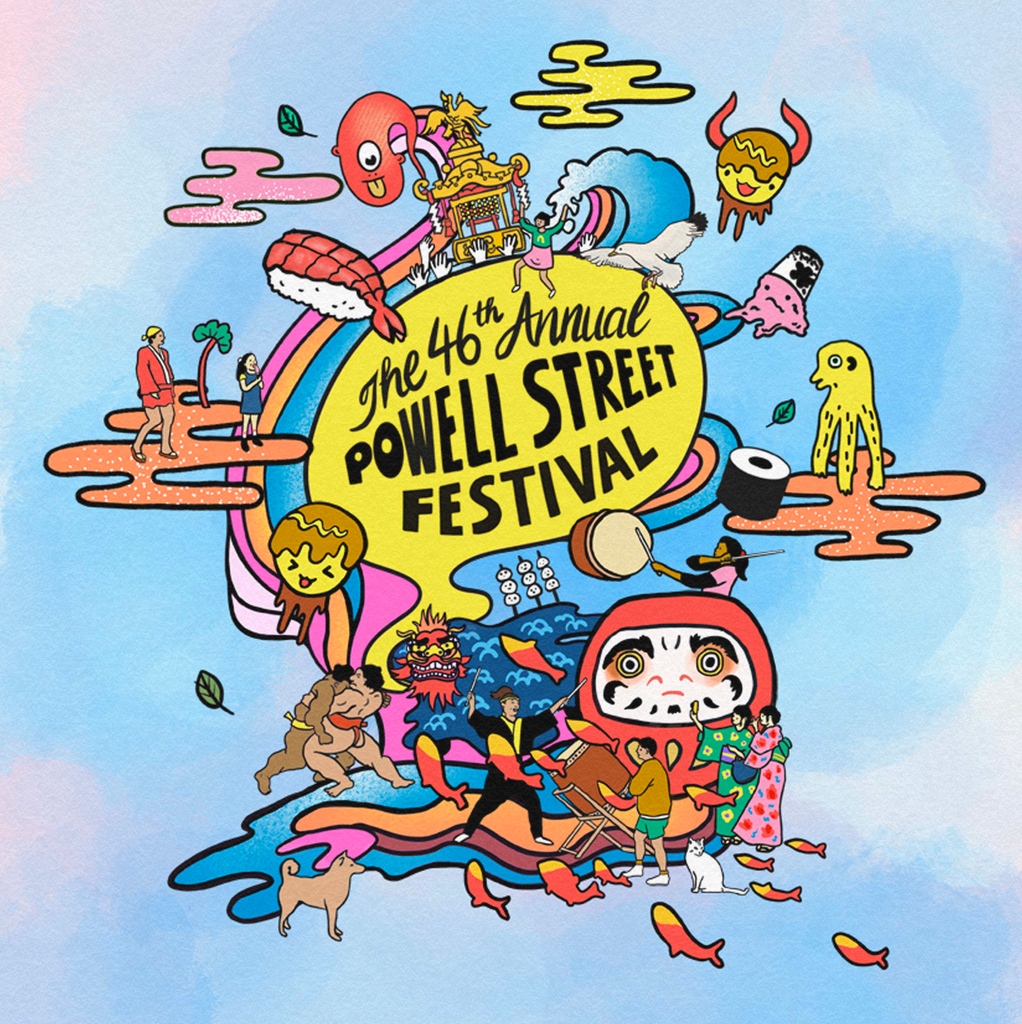 A burst of red bean paste scorches the tip of your tongue as you bite into a taiyaki, a fish-shaped cake made with waffle batter. The yakisoba sizzles as it hits the hot surface as food stall staff call out order numbers. Taiko drumming reverberates down the streets and fills the air. Colourful origami papers crinkle quietly at one table as festival attendees fold daruma dolls, a talisman of good luck.

For 2022, the  festival is finally back at Oppenheimer Park. In 2018,  it temporarily moved to Dunlevy Avenue, Alexander Street and Jackson Street in support of the tent city that developed in the park. In 2020, the festival had to shift  online due to the COVID-19 pandemic. Last year was a hybrid of online and in-person activities. Now in  its 46th year, this two-day free public event is a celebration of Japanese Canadian arts and culture, with influences from the typical Japanese summer festivals, or matsuri.

As one supporter describes it, the arts and culture displayed may not necessarily be Japanese, but artists of Japanese descent are able to express themselves. It's an opportunity for them to connect with each other, the community and their heritage.

Powell Street Festival Society Executive Director Emiko Morita introduces Kūsou 空相, an immersive audio and visual installation at the Anvil Centre in New Westminster, as one of the newest creative partnerships this year. 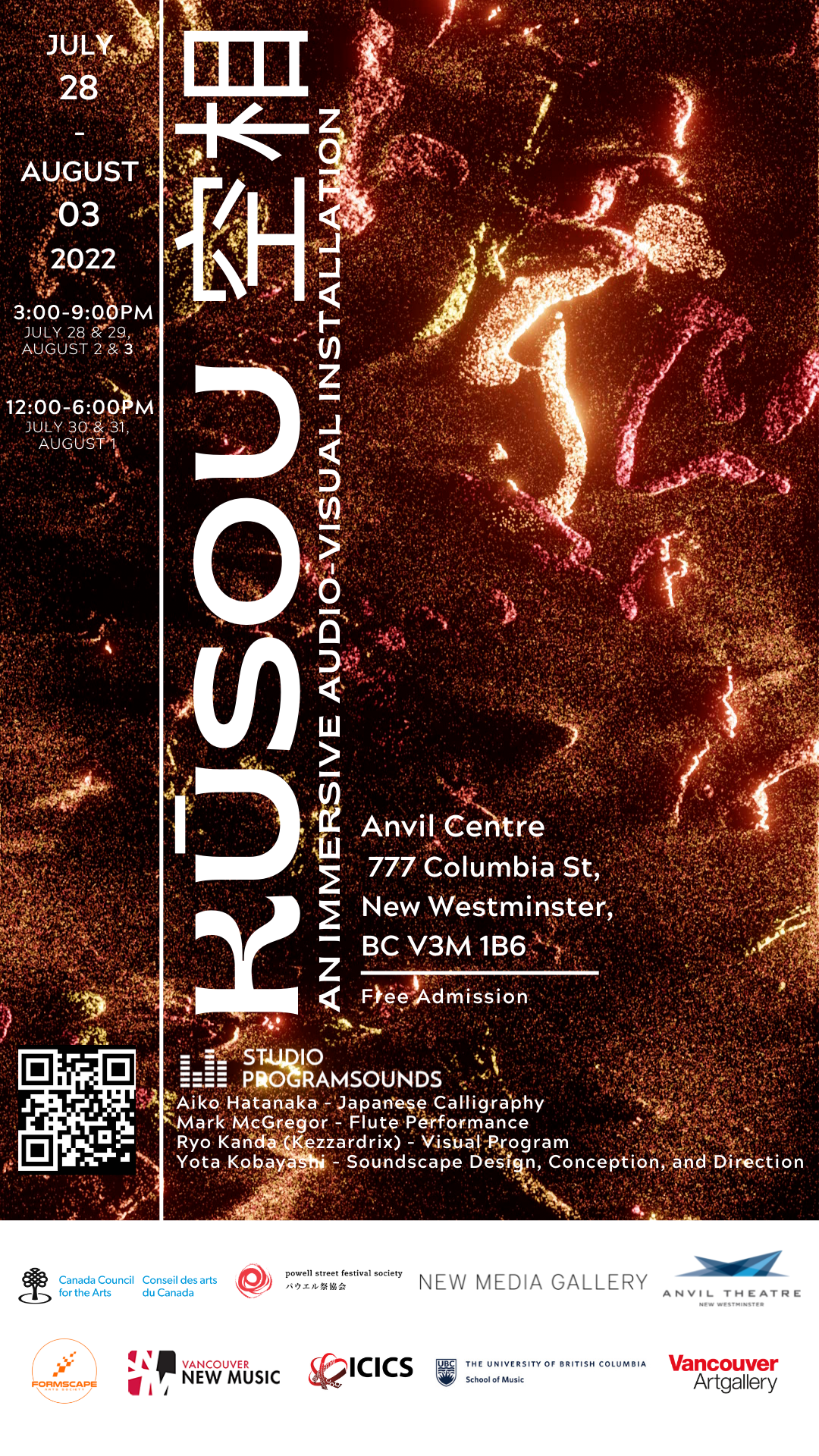 Kūsou 空相 is one of the fundamental concepts of Zen Buddhism meaning "the state of emptiness," according to the Anvil Centre website, which is different from a state of "nothingness."

Walking through the space, the embedded interactive system sensors play, and change the calligraphy and flute sounds accordingly. There are 160 pieces of Japanese calligraphy and 665 phrases of Western flute, giving a vast number of combinations.

"While Japanese calligraphy has historically functioned as a means of communicating," says the website, "it is equally considered a visual art form that can be appreciated without comprehension of Japanese writing or language."

The installation will be on display from July 28 to Aug. 3.

Morita says this exhibition was prepared ahead of time just in case of any further pandemic "extreme physical distancing," but thankfully, the festival is able to go ahead as planned this summer.

While there's no online programming this year, Morita says there will be a livestream on the Powell Street Festival website: https://powellstreetfestival.com

As a result of the pandemic, last year's festival was a mix of online and in-person activities. The digital access meant a number of people outside of the city, across Canada and outside of Canada, were able to join in, Morita says. "Festival Connect is for people who aren't able to come to the festival site, but want to experience the festival."

A host will take the online audience around the site with a GoPro, sharing the sights and sounds, she says. They will also show some of the vendors and talk to festival attendees. It will be the first time the festival will be livestreamed. 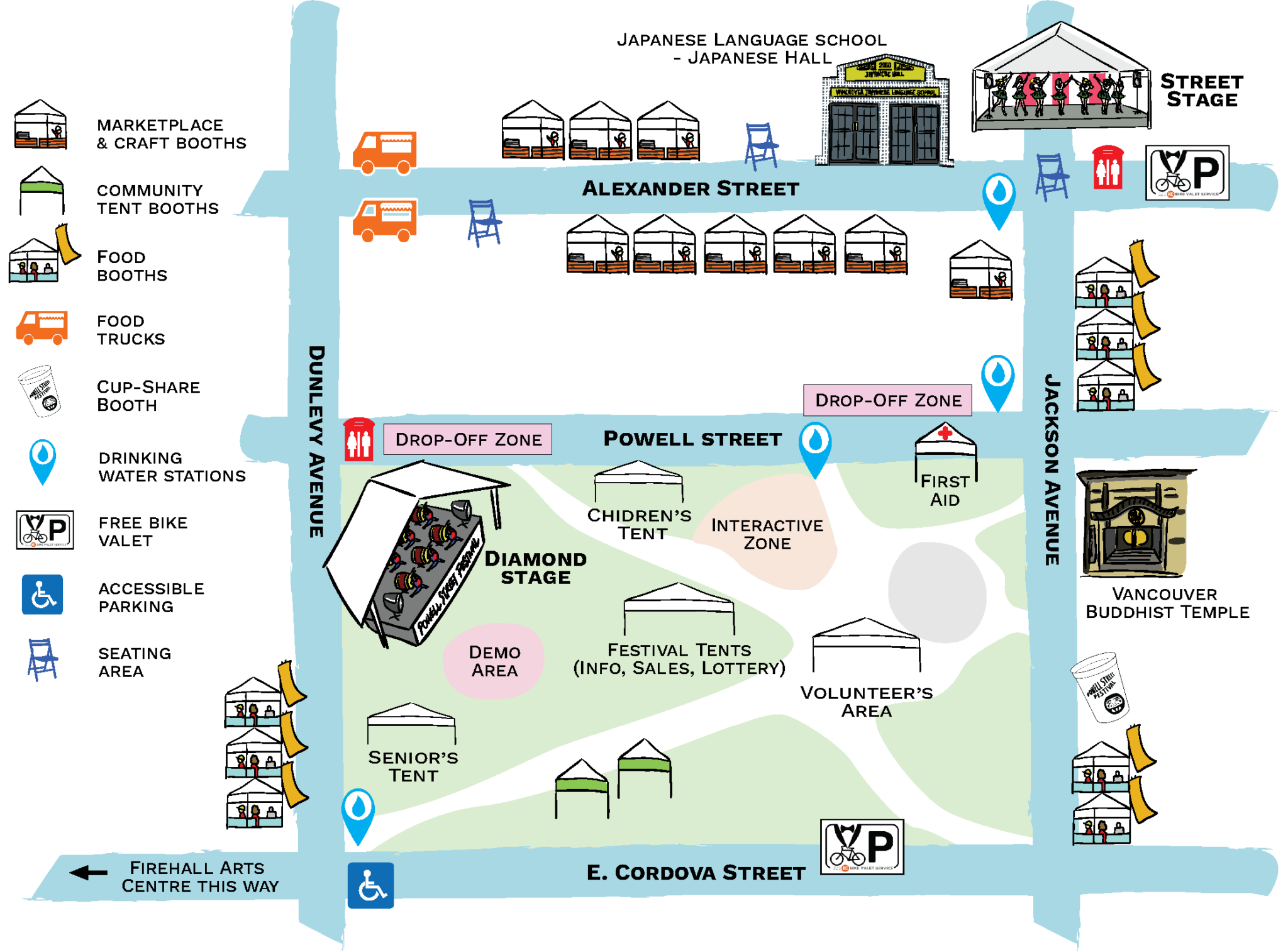 For those attending in person, accessible seating is available and reserved for those who need them and there will be a drop-off zone on Powell Street for passengers.

Another highlight this year, Morita says, is a set of three or four water stations designed and built by the University of British Columbia School of Architecture and Landscape Architecture. The project is called Fuki no Mizu フキの水, which translates from Japanese as “water from the fuki plant,” and it celebrates Japanese Canadian culture while addressing water inequalities amongst communities in the Downtown Eastside (DTES).

Hydration is important, especially with expected hot weather and the lack of tree canopy — which results in cooler temperatures — in the DTES compared to the rest of the city. A 2014 report shows the Strathcona neighbourhood has the lowest percentage of tree canopy coverage at 5.9 per cent.

When designing these stations, the team noticed conversations with residents focused on the various functions and pleasures of water.

“In consideration of the distribution and access of clean water in our communities, water is also a political tool,” the program description says.

With the water crisis in the neighbourhood, exacerbated by the COVID pandemic and recent heatwaves, these water stations can be shared with other festivals in Vancouver and act as an ambassador for the Powell Street Festival Society and the DTES, organizers say.

“These installations will be water misters and stations to refill your bottle with water,” says Morita.

The fuki plant, also known as butterbur, is an indigenous vegetable to Japan with almost 200 varieties and it is significant in both Japanese and Japanese Canadian culture. In Japan, it’s said they were harvested from the Heian period (794–1185) for food and the younger buds were used for medicine. In Canada, fuki is found today at sites of former Japanese Canadian internment camps such as the one at Tashme, B.C. or in backyard gardens of Japanese Canadian families.

These plants, with a consistency between celery and rhubarb, are both symbols of strength and resilience and reminders of internment and grief.

“The founders of Powell Street Festival were inspired and influenced by the civil rights movement that was taking place in the United States at the time,” says Morita. “To this day, you’ll find advocating for equity at the organization’s core.”

The core part of the festival family, she says, are a group of diverse people who have experienced maginalization at one point or another, whether it’s racial discrimination, gender discrimination, mental illness, addiction, poverty, or all of these complex histories together.

“We have something special to share with the citizens of Vancouver at large, frankly.”