join us donate
LOG IN or SIGN UP
Liquid syntax error: Error in tag 'subpage' - No such page slug join
find a vendor
May 11, 2021

RIP Spike - A Voice for All 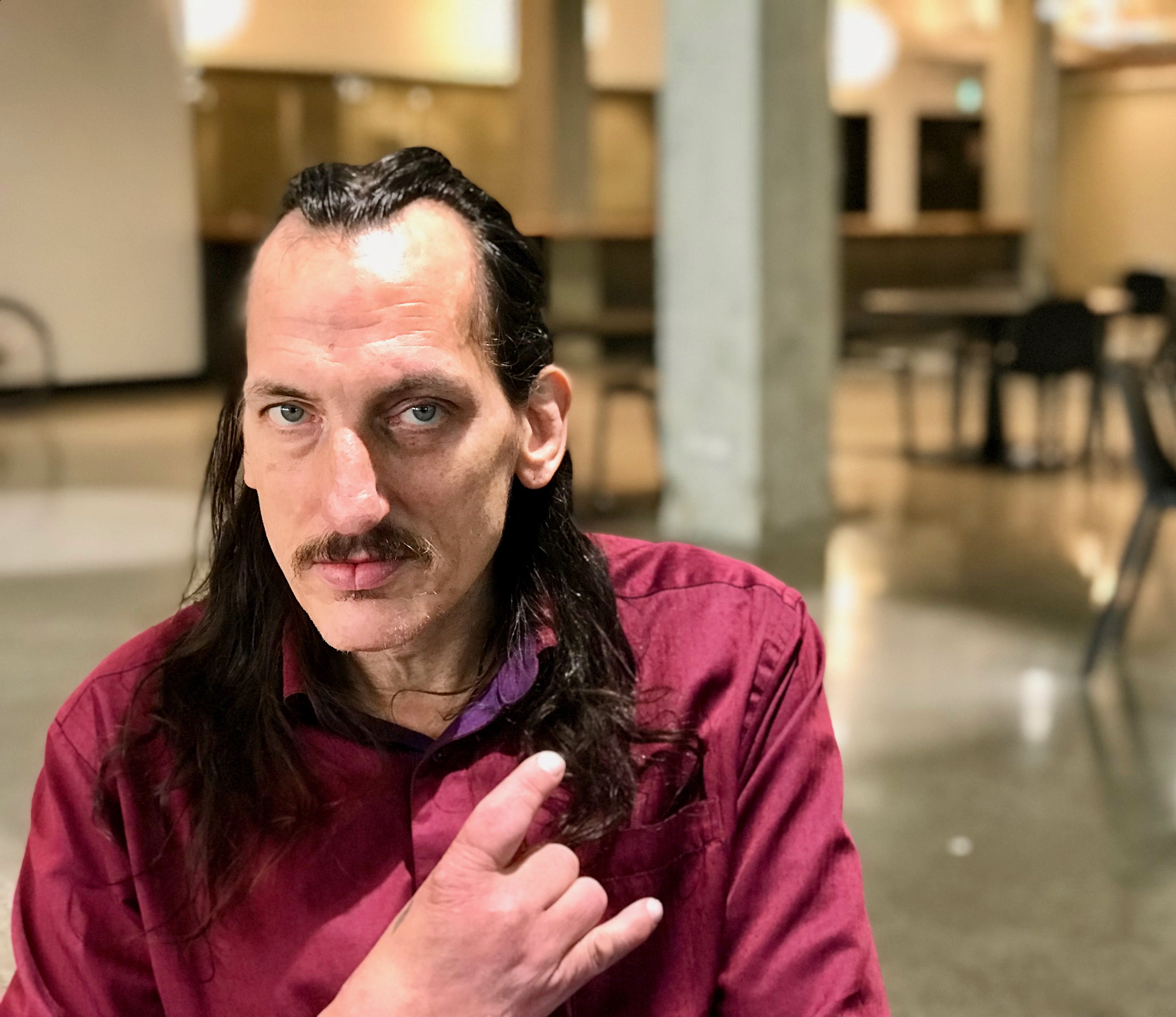 In the fall of 2018, Vancouverites were headed to the polls to elect a new mayor, council, parks board and school board.

The ruling party at the time — Vision Vancouver — had been in power a decade, and despite then mayor Gregor Robertson’s vows to end homelessness under his watch, the city’s less-affluent citizens were struggling. The housing crisis had not improved; in fact homelessness and rents had increased and home prices continued climb. And the overdose crisis had marched steadily into the danger zone, being declared a public health emergency two years earlier.

The city was broken and not working for so many marginalized citizens. Gerald “Spike” Peachey couldn’t stand by and watch, so he decided to run for city council.

Spike died earlier this week, on Monday, May 10. We’re reprinting his column here.

“I know I am probably not what you think of when you imagine people in the shiny offices of Vancouver City Hall,” he wrote in a piece outlining his election platform entitled, A Voice for All in Megaphone magazine in September 2018. “I don’t own a lot of suits. I’m not a lawyer or the CEO of a large company. I haven’t held office before. I’m just a guy who looks around this beautiful, amazing city and feels a lot of sadness that we’re not focusing on building a city where everyone can live their best life.” 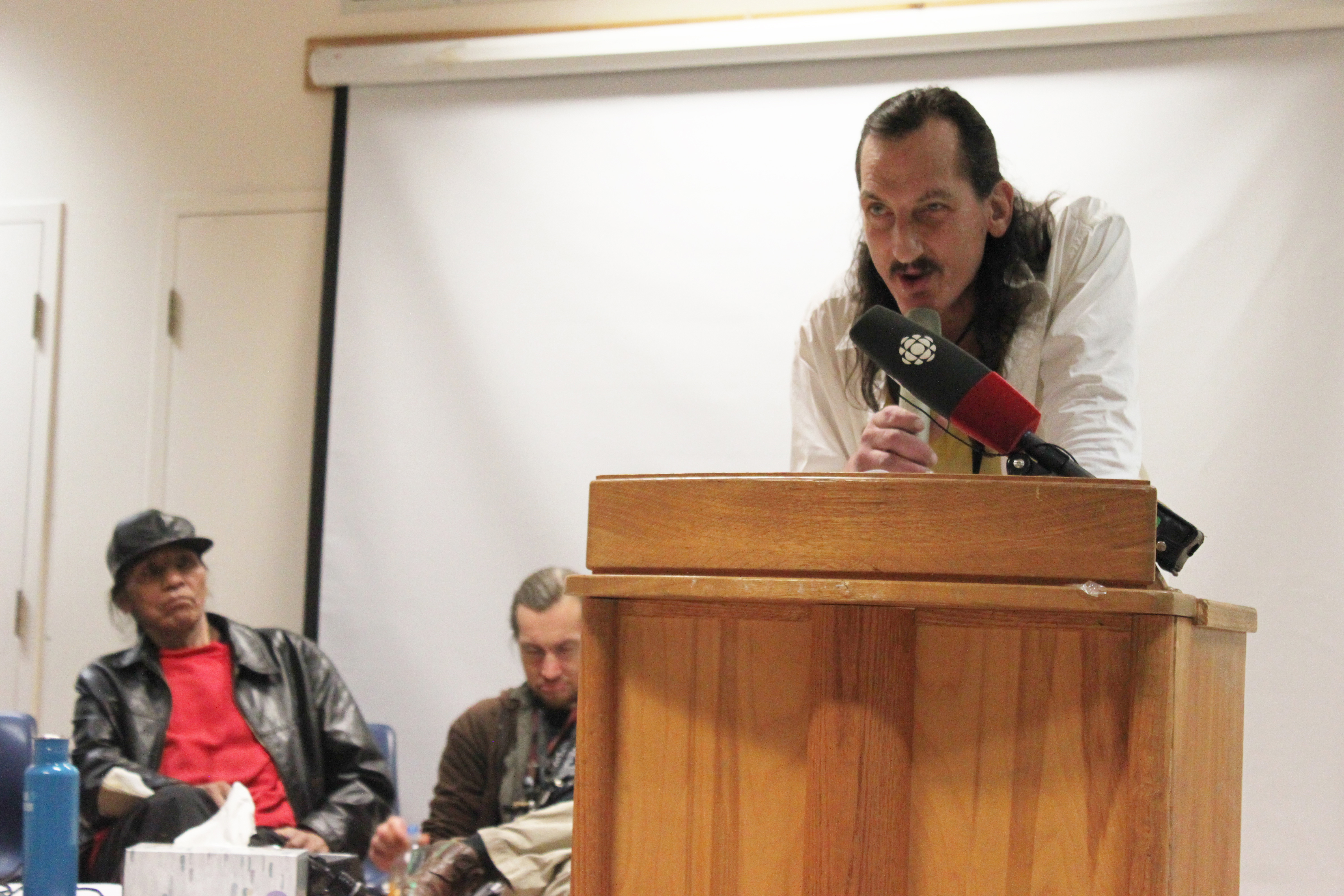 A Voice For All

My name is Spike and I hope to be one of your representatives in municipal government following the Oct. 20 election.

I know I am probably not what you think of when you imagine people in the shiny offices of Vancouver City Hall. I don’t own a lot of suits. I’m not a lawyer or the CEO of a large company. I haven’t held office before. I’m just a guy who looks around this beautiful, amazing city and feels a lot of sadness that we’re not focusing on building a city where everyone can live their best life.

All Vancouverites are not the same and it is time for our civic representation to mirror our population. I want to be a voice for all the people who have felt they don't have a voice. The funny thing is, whether I ask the wealthy person shopping on Robson Street, or someone exiting Insite on the Downtown Eastside, the answers are amazingly similar: most of them feel their voice doesn't matter.

But all of our voices must matter—especially to those who are in charge of our city—so that’s why I plan to run for Vancouver city councillor on a four-point platform:

Let’s be realistic. There isn’t a person in Vancouver who doesn’t think we need to do something about the housing crisis. We haven’t come up with truly innovative ways to solve this crisis and the results are clear: Those who are wealthy continue to drive up the demand for costly, multi-million dollar homes; those who are middle-class abandon the city for cheaper options; and those who are struggling at the poverty line become increasingly poor.

What does this result in? Hopelessness.

We don’t have enough affordable housing within any tax bracket.There’s something wrong with a city that can’t make even the dream of owning a home a possibility for 90 per cent of the people who live there.

Our citizens deserve to have safe, supportive housing options. We must make it clear to property owners that we will not accept housing units that are not fit for humans to live in. Laneway houses, homes built out of shipping crates, temporary housing and any other option that is safe, hygienic and affordable must be made available. Airbnb and similar services that are not suitable or do not meet set requirements could then be potentially available for rent. Across the board, housing on most economic levels must invoke some form of rent control. And let’s ask taxpayers who own homes worth more than $300,000 if they would like to contribute a portion of their taxes towards reducing homelessness.

The Overdose Crisis and Opioids

Every single day, four people die in this province from a drug overdose. These numbers terrify me. They terrify a great number of people I care about. And they should terrify you no matter where you live or work. Because if it hasn’t touched you yet, this overdose crisis will touch you at some point.

We need a government that will push for a number of support options. I’m talking about bold moves such as increasing access to heroin-assisted treatment; decriminalizing all drugs; increasing access to Naloxone and training around its use for every Vancouverite; and building “safe zones” where individuals will not be harassed or arrested for using drugs.

Most Vancouverites, when driving through the Downtown Eastside, see what is on the surface: dirty streets with garbage fluttering in the wind or bad smells causing them to roll up their windows. Police walking sternly up and down the street, sometimes arresting individuals or forcing them to move. Individuals on the sidewalks and in the alleyways with nowhere to go.

Here’s a reality: Many of those same individuals would be thrilled to have a paying job cleaning up the streets. Some already do.

Why not offer gainful employment to people to make their own community a better place? The principle holds true in wealthier communities. Neighbourhood Watch is a program that has worked for decades in North America.

As we grow more and more distanced from one another socially, we lose the concept of looking out for one another. We have a fractured society, and stigmatization leads to inequity and safety issues on all sides.

To make everyone feel safer, give everyone an opportunity to contribute, and then some of the social angst that results in unsafe actions toward police and others will lessen.

Ensure every British Columbian, in every election, has the ability to vote with ease and believes they can make a difference.

Not everyone in our city, province or country is currently able to vote. Those who are struggling to stay alive on the streets, who don’t have any ID or an address, who feel disempowered by our system—they don’t and often can’t vote. But everyone should be able to vote, or else we end up with what we have right now—the same people being elected over and over by the same group of people.

We have a responsibility to bring the vote to those who cannot make it to the polls, for whatever reason. One of the best suggestions I have heard is to have advance polling at clinics and pharmacies and allowing pharmacists, physicians or nurse practitioners to serve as the guarantor of an individual’s identity.

I may not be the typical candidate for city hall, but I will stand up and fight for the rights of the people—my people.

Spike was a Megaphone vendor and active member of the Downtown Eastside community. He was an advocate and activist for justice and equity. He loved to play poker and enjoyed heavy metal. He was proud to have never cut his hair.