join us donate
LOG IN or SIGN UP
Liquid syntax error: Error in tag 'subpage' - No such page slug join
find a vendor
March 06, 2013 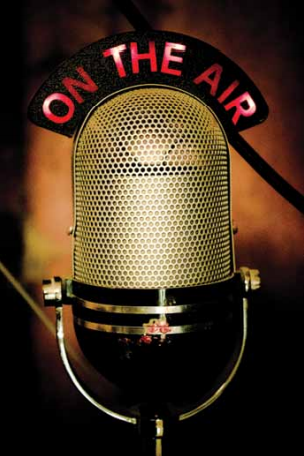 In a room deep beneath the community centre’s pool and ping-pong tables Ray Cam’s media lab stirs. Its walls hung with coiled wire, it is from this narrow room that the heart of Strathcona pulsates, its beats becoming vibrations that course through local radios and limitless Internet. Ray Cam Community Radio (RCR), previously known as Vancouver Youth Radio, is once again in operation.

Though Vancouver possesses a number of community broadcasters, RCR is sets itself apart for its emphasis on youth empowerment and for its hyper-local perspective. Based out of one of Vancouver’s most culturally diverse communities, program director Bob Gilson admits that the opportunity to broadcast these tales of experience were what drew him to work in the neighbourhood.

“I’m very much interested in the demographic that’s here,” explained Gilson. “We’re focused mainly on the Strathcona community, and the idea here is that we’ve got an audience that we consider to be youth, Aboriginal, Asian and other mixed races, and our audience for the most part is low-income, with limited resources.”

The benefit of drawing together youth with disparate cultural backgrounds through radio, continued Gilson, is that they can develop programs both independently and cooperatively. So while contributors may do part of a show in their home language, they will also do part of it in English, playing their native music for a portion and pop music for another.

“The common ground that they have is around community, and the promotion of positive values in the community and bringing community together,” expanded Gilson.

Allowing youth to produce their own radio content also has a number of other benefits, such as the ability to understand sound technology. Though Gilson realizes that few youth will go on to careers in radio, these marketable skills will indeed be useful, as content creators are always in demand.

However, it is not the technical aspect that is the real advantage offered by RCR, but the ability to see one’s creative ideas realized. This, argues Gilson, will invest young people with a confidence that they can carry throughout their lives.

Eventually, Gilson hopes to develop RCR into a station speaking to all areas of life in Strathcona, a place where individuals from different backgrounds can listen to their own culture on a weekly basis. In intending to partner with local businesses, Gilson hopes to provide the station greater stability by generating a portion of revenue through advertisement.

Listen to Ray Cam Community Radio at 89.5FM or stream online at Raycamcommunityradio.ca. The station will also be broadcasting an all-ages show live from the Patricia Hotel on the last Sunday of every month, beginning March 24.