join us donate
LOG IN or SIGN UP
Liquid syntax error: Error in tag 'subpage' - No such page slug join
find a vendor
June 14, 2011

Can the Canucks Win it All?: Megaphone's hockey playoff preview and predictions 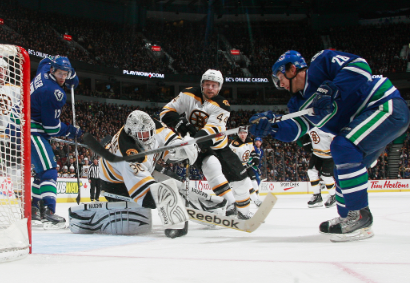 What a glorious season it was for the Vancouver Canucks. With the thrilling (but somewhat creepy) Sedin twins firing on all cylinders and the Italian Stallion Roberto Luongo in the finest of forms, the boys in blue made it look easy all year—winning the league’s best regular season record.

Going into the season as one of the league’s favourites, the Canucks proved to be the most exciting and well-balanced team. But, as every Canuck fan knows, that was the regular season—the playoffs are a different beast altogether. And for the Canucks, the playoffs have traditionally been the kind of beast that stalks and hunts them down like they’re an innocent and unsuspecting fawn.

Having never won the Stanley Cup before, will this finally be the year that the Canucks have what it takes to win it all? With that in mind, here are some of my predictions for this year’s hockey playoffs. 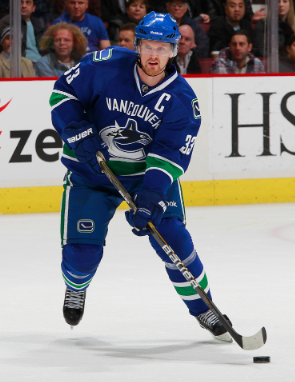 Sleeper: The Montreal Canadiens are one of the league’s feistiest (read: most unlikable) teams. Led by the B.C.-born goalie Carey Price and the controversial, but exciting, P.K. Subban, les Habitants are a bunch of saucy courier des bois who let you know that your mother was a hamster and your father smelt of elderberries.

Favourite: The Boston Bruins look like they have what it takes to win the conference. Their captain, Zdeno Chara, is a Slovakian giant of a human being and their goalie, Tim Thomas, seems able to defy age and goals against average. They are like an anthropomorphic bear that will steal your pic-a-nic basket and then eat you. 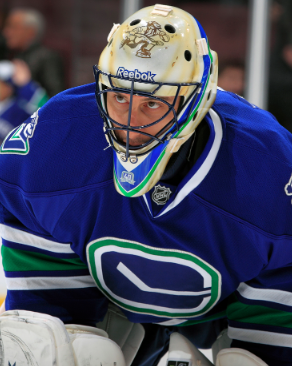 Team I Hate: Enough already, Detroit Red Wings! It’s been over a decade and you still finish at the top of the conference every year. Your city’s economy has completely collapsed, your housing market is worthless and yet you still you have such great players. Shouldn’t I be able to buy your team for $10?

Sleeper: Although it seems like ages ago, the Chicago Blackhawks won the Stanley Cup just last year. And while they lost a lot of their core players during the off- season, this was one of the grittiest and strongest teams ever to lace up skates. One of Vancouver’s main nemeses, I would not want to meet this team in a dark alley, or a Buffalo cab car.

Favourite: Can the Canucks possibly blow this? They ran rampant through the conference this season, picking off teams as though they’re a hungry orca and their opponents are squid, pelagic fish, sea birds and smaller whales (this what the internet tells me orcas eat). Even without the indispensible Manny Malhotra, the Canucks should advance to their third-ever Stanley Cup finals.

Dear God, please let the Canucks win it all this year. Remember that painful end to the ’94 finals? And then you punished us some more by sending us Mark Messier. Remember Dan Cloutier? Todd Bertuzzi? The 3 games to 1 lead on the Minnesota Wild? You owe us, God. You can’t make the Canucks this good only to torment us once again. Can you?

Canucks over Boston in seven.