join us donate
LOG IN or SIGN UP
Liquid syntax error: Error in tag 'subpage' - No such page slug join
find a vendor
September 20, 2011 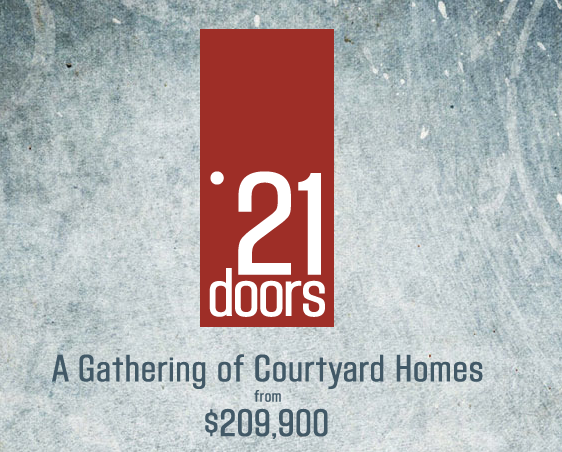 (The advertisement for 21 Doors does not mention the low-income tenants who were evicted from the building in 2007.)

After sitting empty for about three years, the condo development at Carrall and Hastings, 21 Doors, is now selling condos in the thick of the Downtown Eastside. With units selling between $210,000 and $380,000, it's pretty cheap for Vancouver, but not for most residents of the neighbourhood.

But before 21 Doors becomes the latest condo to open up in the Downtown Eastside, it was a low-income apartment building that housed working class people and was simply known as its address, 334 Carrall St. The 34-unit building was an important asset to the community. Not only was it affordable and safe, it wasn't a Single Room Occupancy Hotel (SRO)—which meant is had self-contained units with their own kitchens and bathrooms.

However, since it wasn't an SRO and was originally built as condos, it also meant it wasn't protected by the city's Single Room Accommodation bylaw (which basically make it very difficult for developers to convert SROs into condos). So the owners at the time, Georgia Laine Developments, were able to evict all the tenants to renovate the building (not, however, before they first tried to illegally evict them).

After edging up throughout the neighbourhood, 21 Doors is the first condo project to open on the zero block of East Hastings. While Salient Group developer Robert Fung says the project is not looking to "displace" the low-income community, I don't see how it can have any other impact. The building's back alley is a major area for dealing and using. There is no way that people who just bought a condo for $200,000 to $400,000 are going to allow that to continue right outside their window. 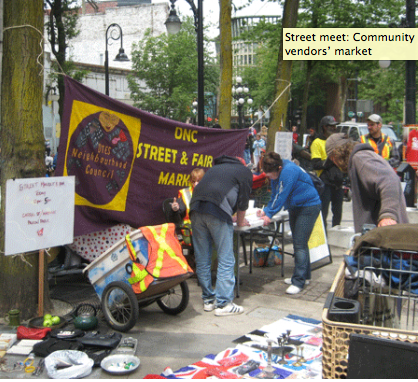 While breaking up the open drug market is important, simply sweeping it away, and not dealing with the issues of addiction (and its root causes) is not the solution. For what developers and new businesses don't seem to understand is that where the dealers go, the users will have to follow. (Hopefully it won't have any impact on the successful Sunday flea market at Pigeon Park.)

With the Sequel 138 condo project trying to get started at the torn down Pantages Theatre site, at the "micro-lofts" at the old Burns Block SRO now open (kitty corner to 21 Doors), and a number of condo developments just to the west, we're seeing is a lot of development in the Downtown Eastside and little planning on dealing with the fallout. This is not a recipe that will help the low-income residents of this neighbourhood.