Chopped and Stewed: Food Security Promises and the Provincial Election 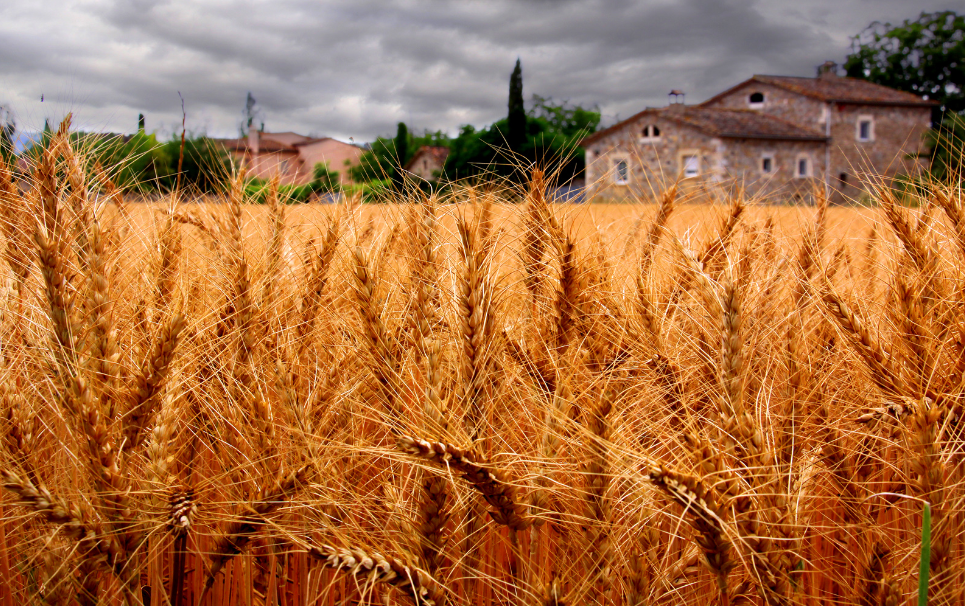 British Columbia’s provincial election is tomorrow (May 14th) and there are many factors to consider when deciding which way to vote. While the province’s economic future and the environment receive a lot of attention, food security is often left out of discussions. But food security is an important issue and ensuring a food secure future means taking action now. Some parties have included long-term food security solutions, others have looked at it from multiple angles and some hardly at all.

Here’s a breakdown of what the parties are promising when it comes to food security.

As part of the “key priority” to “invest in healthy forests and a strong land base,” Adrian Dix’s party promises to “increase support for agriculture and food security.” This includes renewing the Agricultural Land Commission and preserving the Agricultural Land Reserve, which dictate what land in BC is reserved for farming and protected from development.

The party talks about food autonomy and keeping food local, promising to link up provincial health services with local growers, and a commitment to rev up support for the Buy BC campaign.

The fast-growing craft brewery industry is also promised some help and the party says it will tackle some of the antiquated liquor laws that some restaurants, bars, wineries and breweries say interfere with business.

The NDP promises to help protect wild salmon, ban certain pesticides and introduce safeguards for groundwater, which, in the long run, will help ensure a healthier and more food secure province for everyone.

On a social level, the NDP promises to help raise families out of poverty with a focus on children by investing $210 million in a BC Family Bonus program, allotting an extra $60 to $70 per month per child, having a direct impact on food security for low income families.

Taken together, the New Democrats are pointed in the right direction to make the province food secure, focusing on protecting the local food economy. They could push for more, though and it would be nice to see commitments to small and family farms and more specific promises on pesticides and pollution.

The BC Liberal Party

The BC Liberal Party addresses food security on a global level and with an economic vision, promising closer agribusiness trade with Asia and growing the agribusiness sector by an estimated $3.1 billion by 2017. Christy Clark’s party predicts a 10 per cent growth in food exports to China in the next year. This, however, is not real food security, it’s an economic opportunity that means more climate change and less food independence for British Columbians.

On a local level, the party does better by committing to promote 50- and 100-mile diets, and bringing local produce and milk into classrooms.

Further, the party promises a tax credit for growers that donate to food banks, has plans to implement a permanent and sustainable tree fruit replant program and would invest a further $2 million in a Buy Local campaign.

Other food related promises would raise BC’s profile in the global agricultural industry, by creating a Centre of Excellence for Agriculture at the University of the Fraser Valley and by pledging a presence at the five largest international agricultural conferences.

The party also wants to visit B.C’s liquor laws that make it difficult to move local wine across provincial borders. The Liberals commit to creating a “made in BC” program for local liquor, a “Certified B.C. Beef” label, and a provincial organic brand for agriculture.

At the social level, the Liberals promise $34.8 million for the “Success by 6” program to “support early learning, nutrition and family services” across BC.

The Liberals policy on food is more global than local, and further entangling ourselves in the global system to feed ourselves is a risky bet. While the promises to raise awareness for BC-made products is positive, there is a lot of showiness getting in the way of real food solutions. There is room for improvement when it comes to protecting our coast, small farms and the environment, making the Liberal platform lackluster on food security.

The BC Green Party

The Green Party promises to encourage food businesses to support local agriculture, and will reduce dependence on energy and pesticide intensive agriculture and imported food.

Jane Sterk’s party promises to make B.C. free of genetically modified crops and commits to investing in salmon habitat restoration and revitalization, as well as creating a sustainable and robust fisheries industry.

A roundabout food security promise comes by committing to prohibit food-to-fuel production, unless that food comes from food scraps (so no growing crops to feed cars rather than people).

The Green Party links food security to health by promising to remove contaminants from soil, water and air by banning certain pesticides and implementing better labeling on products that contain carcinogens and genetically modified ingredients. They also promise to create a junk food tax.

Socially speaking, the Greens promise a Guaranteed Livable Income that will “ensure that we can meet all our basic needs,” directly impacting food security for low-income people.

When it comes to the food economy, the Greens promise to “change the way we farm.” This includes focusing on the local market by investing in the Buy BC program, shifting taxes to imported food, stimulating the provincial livestock and slaughter industry and helping small and organic farms grow. They also commit to protecting and increasing transparency in the Agricultural Land Reserve and investing in food ecotourism. They are the only party that mentions reforming milk laws that prevent the sale of raw milk.

If we are serious about food security, the Greens are making promises that would get us there. It will take a well-rounded approach like this that looks at food diversity, preservation and environmental protection. Instead of glazing over things like pesticides and local food, the Green Party has specific ideas about make BC food secure.

The BC Conservative Party

The Conservatives don’t specifically mention food security but they do promise to “introduce policies that support farmers, ranchers and others.” While the commitment is non-specific, the party’s platform says that the province’s large-scale farmers and growers work in an energy-intensive industry and face “unfair” challenges due to the Carbon Tax.

The Conservatives have a long way to go before they are even in the food security ring.

For all the parties’ platforms, visit here, and for more food security information and news, follow Elecia_C on Twitter.