join us donate
LOG IN or SIGN UP
Liquid syntax error: Error in tag 'subpage' - No such page slug join
find a vendor
August 29, 2011 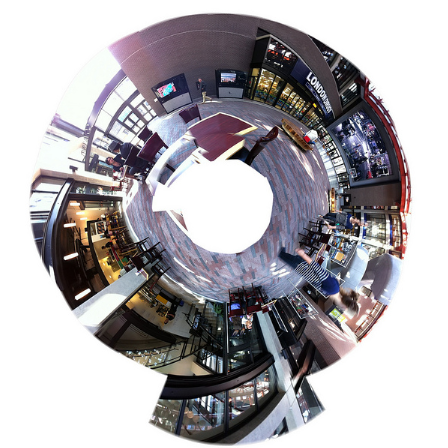 Gilded in gold by the slanted afternoon light, the tables in front of W2’s newly open Media Café are a welcome addition to the arid expanse that is the Woodward’s Atrium.

The final stage in the building’s redevelopment and the front porch to W2’s crossmedia centre, the café opened officially on July 29 after nearly a year of delays, and will be a source of revenue for the community-oriented organization.

Reimagining food as a cultural symbol and a means of uniting individuals, the dishes are an affordably priced break from mainstream café fare. The multicultural assortment soups, sandwiches and salads aimed to bring the mixed neighbourhood together.

“Food is often a gentrifying force,” explains W2 Executive Director, Irwin Oostindie. “You get these islands of restaurants in the Downtown Eastside, which often function as gentrifying tools, and it’s where the middle-class people go to eat and hang out and be consumers, but they’re typically alienating for homeless people and low-income people, people who are surviving on welfare, people who have a food budget of a month which a middle-class person might blow on drinks and food in a night.”

What W2 Media Café is attempting, by way of a low-cost initiative and sliding scale, long-table community dinners, is to bring together residents of the ever-changing Downtown Eastside (DTES) in a setting uninhibited by class confines.

By sharing a meal, patrons can learn about each other and become engaged in their community through this socially inclusive means of extended dialogue.

Without Displacement’ policy and has partnered with a number of anti-gentrification activists to see that the evolution of the neighbourhood is not dictated by developers or by the real estate market. It is a difficult position to take while inhabiting a space shadowed by the 32-storey Woodward’s condo tower. When questioned about whether or not the DTES could consider the development a success, Oostindie was blunt.

“W2 doesn’t condone Woodward’s as a solution to the neighbourhood’s needs,” he says. “For better or for worse Woodward’s is a reality—the issue is how do frontline activists and residents work to create opportunities out of these limited legacies.

“We can’t lose the neighbourhood and become Yaletown. It’s not in anyone’s interest to do that. \ [However] we’re not going to turn our backs and say, ‘Woodward’s failed’—we need Woodward’s to be a victory for working class people because it’s been here for decades and it’s a critical piece of public space.”

Oostindie is optimistic. He believes that the neighbourhood will not be lost if other groups and activists take on similar battles such as the one waged upon Woodward’s developers, beginning with the Woodsquat in 2002.

This dedication to connection and unity which fuels W2’s paramount goal of bridging the digital divide. Offering workshops and access to equipment, the Media Café is the entry point for W2 workshops and programs that work to put mobile technology into the hands of the 6,000 DTES residents who currently live without telephones, computers or the internet.

It is a sentiment shared by Warren (no last name given), a current employee of the Media Café who originally became involved with W2 during the Olympics and quickly evolved into one of its core volunteers.

“Part of my reasoning for getting involved wasn’t just because it’s a coffee shop, but because of all of the other aspects of the W2,” he says. “W2 isn’t just simply this physical space, but it’s the cyber space [as well] which is globally connected.”

Warren is a key example of W2’s hiring initiative, which focuses on employing neighbourhood residents and providing them with skills which they can use towards future employment. Possessing a workforce which lives in the DTES not only allows the servers to build stronger ties with fellow residents, but recycles money from the café back into the local economy.

Muskie McKay has frequented the café since its opening.

“If you support W2, you’re supporting their programming and their mandate, their employment of locals and their provision of training for the locals. You get a better return on your investment, whether it’s the $5 for the sandwich or just keeping the money in the neighbourhood.”