join us donate
LOG IN or SIGN UP
Liquid syntax error: Error in tag 'subpage' - No such page slug join
find a vendor
March 12, 2020

The artistry of cosplay 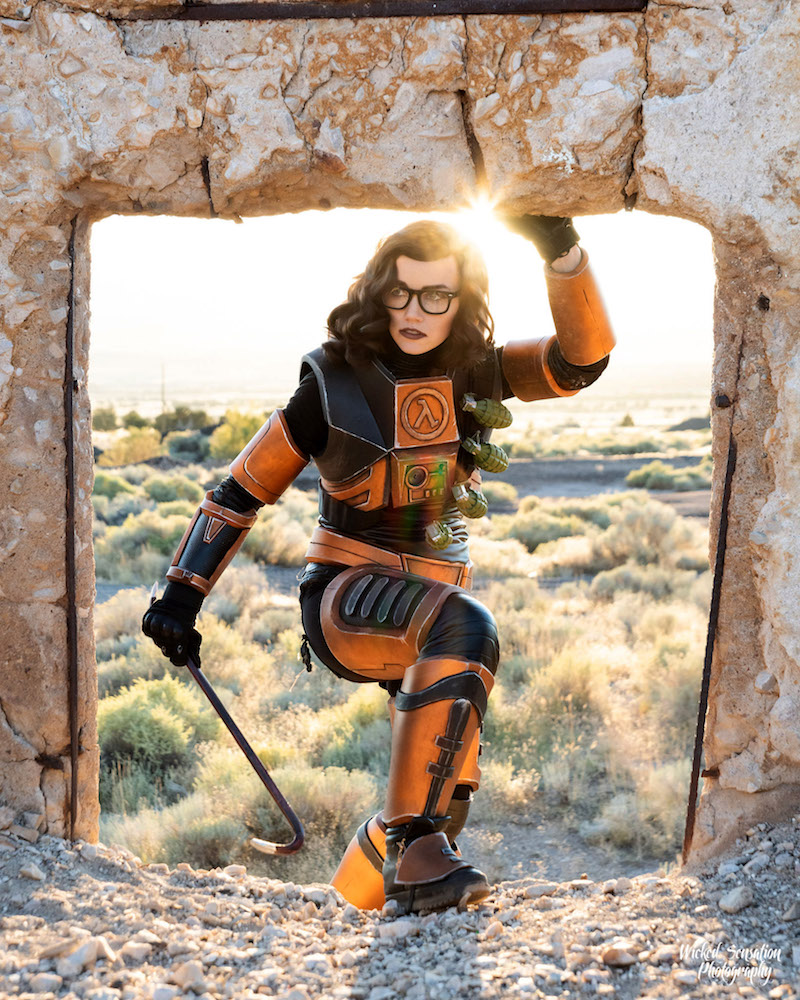 Ainsley Bircher grew up hearing about comic con events from her mom and started attending them in 2013. She has been “cosplaying” as Pigtails and Powertools for about seven years. Wicked Sensations Photography.

Editor's note: Unfortunately, organizers have announced this event has now been cancelled due to concerns over COVID-19. Read the statement from organizers: https://capitalcitycomiccon.ca/health-safety/

Looking for a little comic relief amid the seriousness of a global pandemic?

Victoria’s got you covered.

At the end of March, the streets of downtown Victoria will be scattered with an entertaining array of other-worldly creatures and graphic novel characters as part of the annual Capital Comic Con at the Conference Centre and Crystal Garden—this year running March 20-22.

With caped crusaders from popular fantasy and sci-fi movies set to roam the streets in elaborate costumes, one wonders: Why do adults don these outfits and further, spend hours on make-up and preparation in order to attend these gatherings?

Ainsley Bircher grew up hearing about comic con events from her mom and started attending them in 2013. She has been “cosplaying” (people who costume play by dressing like different characters) for about seven years. Her cosplay name is Pigtails and Powertools.

Starting out of sheer curiosity, Bircher has continued to cosplay over the years because it allows her to express herself and it makes her happy.

Conventions really took off in 2013 and she now sees themed bars and vehicles covered in decals for popular Marvel characters all around the city. Even though Bircher thinks that conventions, along with comics, anime and video games, have become more mainstream, she says that she still creates costumes that are not as well known. Her main focus is building extremely detailed costumes with armour, inspired mostly by video games such as Half Life.

Cosplay is about sharing what each person thinks is important and getting people to appreciate different ideas and genres, says Bircher. And, she adds, “it’s adults dressing up!  Plus, I think it is a wonderful art form.”

Even if people don’t know what someone’s design is about, it can be a great conversation starter, she says.

For Victoria’s upcoming convention, Bircher will attend as a professional cosplay guest, as well as a judge for the cosplay contest. She says she will be bringing her most recent costumes, as well as masks and figurines she’s sculpted.

Candice Woodward is a promoter and partner with Capital City Comic Con. She says this year’s weekend convention, as with previous years, has a wide variety of panels, workshops and exhibitors. There are also celebrities and creator guests, like Bircher, who you can visit and get photos with.

Two of this year’s celebrity guests are Garret Wang from Star Trek: Voyager, and Sean Gunn from Guardians of the Galaxy. And for those who attend in their own cosplay, there will be costume repairs available. There’s something for almost anyone, from Pokémon Go tournaments to a tattoo booth.

The weekend is a fun and exciting event, says Woodward, because conventions provide people with a way to express their creativity in a supportive community. Woodward says that comic con encompasses a range of cosplayers and shows that anyone at any age can have fun in cosplay. She says it’s amazing to see how much dedication goes into costumes and how people express themselves at these conventions.

Sarah Porter, who lives in Victoria, has also been attending comic cons since 2013. Similar to Bircher, Porter became interested in cosplaying through her family. She attended the Calgary Expo in 2013 and started cosplaying the following year. She says that her mom, who is a “huge Doctor Who fan,” is also a seamstress and has helped Porter to create her own unique costumes.

Porter (pictured at right) says her cosplay leans more towards feminine characters, but that she also has to feel a connection with the character in order to want to cosplay as them. She has cosplayed characters from Firefly and Voltron, and is inspired by Pokémon, Harry Potter, and Studio Ghibli.

For Porter, dismissing cosplay as simply adults dressing up “ignores the artistry and talent that often goes into creating the costume.”

She says this definition looks “only at the surface of the pursuit” and misses out on what cosplay is really about. More than just an outfit, Porter says people often identify with the character they are portraying, find freedom of expression in wearing a particular costume, and/or find great friendship and camaraderie by dressing as part of a group costume with friends.

Porter has attended many of Victoria’s conventions over the years and says she’s usually the most excited about the panels—especially the ones that teach cosplay skills such as make-up and costume making. She says that comic con becoming more widespread is beneficial because it leads to “more respect, or at least understanding, from those outside of the comic con community.”

For those who haven’t attended comic con before, or tried cosplaying, Bircher, Woodward and Porter all agree that the community is welcoming.

“If you ever wanted to try it out, be brave and join us,” Porter says.