Community Writing Workshop: My Way Or The Highway 'Til I Die 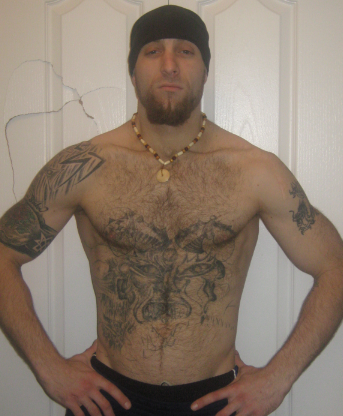 I believed in being gangster. My motto even if that meant jail or death. I felt like I had nothing to lose.

I loved the thug lifestyle of drug dealing and violence. Wherever I went I did things my way. I was cocky and arrogant. I used drugs, too—but everyone has their vice, right? But drugs took my mind and soul and warped it, deranged it, turning me into ice—cold and reserved, making me wish I was never born.

My criminal record is a direct result of irrational thinking influenced by drug and alcohol abuse. I never had a father figure to look up to; I looked up to trouble-makers and thugs instead. I admired their strength because I suffered emotionally at home, alongside my mother who has an extreme case of residential school blues. Without a father to look up to, my world became narrow, bleak and depressing. At age nine, I used to pray every day to God to relieve me of my misery and take me away from the living.

With such low self-esteem, I hated fighting. I just wanted to have friends and be accepted. Violence frightened me. Yet I attracted it and couldn’t escape it. After a six-week sentence at Porteau Cove Park (for break and enter) in October 1994, my mother and I moved to Williams Lake where eventually (after getting kicked out of every other school) I enrolled into the Columneetza High School.

I made some friends and was able to take up Taekwondo lessons in town. I stayed out of trouble and dedicated all of my spare time to martial arts for the next four years. Winning fights really gave my confidence a boost. I was tough and brave and never bullied those weaker than me. I loved to watch Bruce Lee and UFC. My passion grew and I won gold medals in Taekwondo tournaments in Quenel, Kelowna and even at UBC in 1996 (green stripe division). But I quickly learned that what works in the gym does not work on the street.

By the time I was 21, after a few assault changes, my reality sank further into drug addiction. In the chambers of my mind was a brief system anchored in the depths of insanity and self- deceit. In a collaboration of conspiracies and paranoid thinking, I marched head on into the most underground dwellings of our society, destined to learn about life from jails, institutions and near death.

In 1999, I was introduced to the Downtown Eastside, where I struggled with cocaine and crack. Once or twice a month turned into every weekend.

By 2006, my struggle with crack addiction slowed to a complete stop, but only because my new best friend was heroin. She was in it for keeps—she wanted my mind and my body. There is no way out unless you are up for a terrible withdrawal. I lived at the Pender Hotel, and I made Abbott Street my playground.

Heroin made me ice-cold and carefree. I did not care about people; I was dehumanized. Heroin is poison. One fix can kill you. But I’ve been closer to death from a point blank shot than too much heroin. Why? Because the love of my life cautioned me to take care—boil it, filter it, swab it, half at first for 15 minutes and think it through before the rest of it. I have never done any more than a point per fix. Even in my addiction I cared about my health and considered the dangers well. I have never had an overdose because of this precaution.

One day I needed a hook up and was a miserably broke. I had some methamphetamine on me, but no buyers and I can’t stand the shit myself. Walking up the alley from Abbott, I prowled around for left over crumbs or a squirrel to steal from.

Everyone I knew was kicking it behind Carnegie, including a new rush of visitors. One fellow was tall and a known kickboxer. I was in low spirits, so decided to poke fun at his ego. Instantly, he sized me up. You know a brawler when you see one, and he saw a brawler in me. But also he could see a faint hesitancy. I was dope sick and when my strength fled from me, I backed towards Pender Street. He turned to leave and I sat down, thinking about how to fight him.

I sat there alone, analyzing my reputation and the anguish in defeat. I thought of the best strategic take down against a trained kick boxer. So I got up, gave my head a shake, my face two hard slaps and walked urgently down the alley where he stood.

Immediately we stood fighting stance ready. Slowly I moved within reach and then leaned back a bit and swung a long, straight left. Before he positioned himself and countered, I dropped below his centre of gravity and shoved him with my shoulder, ripping his legs out from under him, all within seconds. I had him down hard on his back, on full mount, wrestling with his arm power. I did not want to waste my strength pulling my hands and arms, so I thought of the path of least resistance, which would be my forehead down onto the bridge on his nose. And so I began striking him with my forehead, immediately causing his nose to bleed. I got four good ones in before I was dizzy myself.

I got to my feet, holding onto him because he still had lots of life in him yet. He wanted to go another round, but I was tired and dope sick, and just made my point. I walked away, knowing that there was no point.

We did not hate each other. There were no weapons, no vengeance. We kept it one-on-one, between the two of us. We both remained civilized and composed afterward. How often have you heard of a street brawl being civilized and composed? That is why I have never joined any gangs. Their motto is, “Do as we do.” But I do things “my way or the highway ’til I die.” I believe in old school traditions of being fair and just, honest and responsible. Gangs are for the lost sheep that hate themselves and can’t fight civilized one-on-one without weapons. 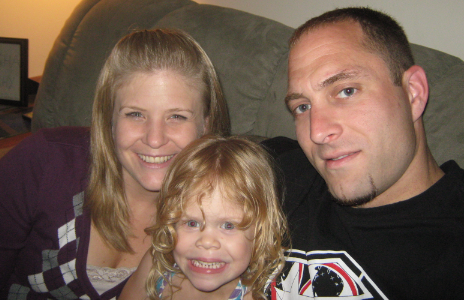 By the right choice and true application of thought, I can avoid jail, institutions and an early death. I journal my thoughts, my pain, my memories and write about my experience in hopes that others can feed off my stories. I also work at a recovery house to provide counselling and supervision, and I chair the A.A. meeting.

Today, I understand that when you break the law, you open yourself up for an attack from the police and courts. It doesn’t matter if you’ve been caught or not. Breaking the law weakens your defenses. Any worthwhile thing can be accomplished in legal ways. The illegal way is dangerous and time wasting. Though one may think a short cut is worth it, it is often not.

Freedom is for honest people.

No man, who is not himself honest, can be free—he is his own trap. There is only one way out for a dishonest person—facing up to his own responsibilities in the society and putting himself back into communication with his fellow man, his family and the world at large.

T.J. is a participant in Megaphone’s community writing workshop program.