join us donate
LOG IN or SIGN UP
Liquid syntax error: Error in tag 'subpage' - No such page slug join
find a vendor
October 06, 2011 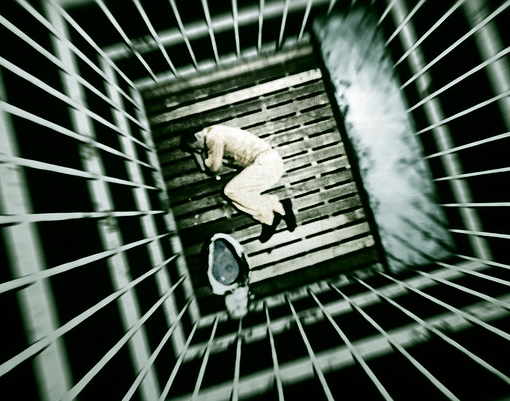 Taking a page out of America’s failed “tough-on-crime” model, the federal Conservative government’s new crime bill will result in a dramatic increase in the number of homeless people in Canada. As an organization that works to empower homeless and vulnerably housed people, Megaphone denounces Bill C-10 as harmful and counter-productive. It should be abolished.

Recently tabled in the House of Commons, the “Safe Streets and Communities Act” is a collection of nine crime bills that Prime Minister Stephen Harper is finally able to pass with a majority government.

Along with costing taxpayers anywhere between $9 billion to $15 billion and being incredibly inefficient (American policymakers of all political persuasions are now abandoning tough-on-crime polices because of its high costs), the bill will create thousands of new homeless people across Canada.

According to a 2010 report from the John Howard Society, Homeless and Jailed: Jailed and Homeless, 20 per cent of inmates in Toronto were homeless when arrested. But instead of finding a solution to that problem, imprisonment only exacerbated it: a remarkable one-third of the prisoners said they planned on living in a homeless shelter when released—an additional 12 per cent had no idea where they would go.

Looking to the U.S. (which Harper seems hell bent on emulating regardless of the evidence), we can see that having a criminal record greatly increases one’s chances of being homeless.

According to a U.S. Department of Housing and Urban Development report, 54 per cent of the country’s homeless had criminal records. It is estimated that between 15 to 27 per cent of criminals go to a homeless shelter when released.

Instead of curbing the national crime rate, which is already at its lowest rate since 1973, the crime bill will cause our prison population to explode—thus trapping thousands of Canadians into the cycle of criminalization and poverty. With the Conservatives also adding thousands of new beds to federal and provincial prisons, Bill C-10 will cause a sharp increase in the already 200,000 to 300,000 estimated homeless people in the country.

Without proper prevention programs (according to Correctional Service of Canada, 80 per cent of federal prisoners have substance abuse issues), Harper’s crime bill ignores the root problems surrounding crime. What we need are programs that keep people out of prisons and get them into housing—Canada is still the only G8 country without a national housing plan. Sadly, the Tories' crime bill will just result in higher recidivism rates, thus creating a self-fulfilling prophecy for the need for more prisons.

Here at Megaphone we regularly deal with the fall-out that poor legislative policies have wrought on the poor. Some of our own vendors have criminal backgrounds, but have managed to use the magazine, coupled with their own fortitude, as a way to get their lives back on track. Now we need your help to reach more people.

This fall we need to raise $5,000 for our vendor program so we can train more people to sell the magazine and get their lives on track. Please donate and help Megaphone ensure that more people can break out of the harmful cycle that the Conservative government is hell-bent on preserving