join us donate
LOG IN or SIGN UP
Liquid syntax error: Error in tag 'subpage' - No such page slug join
find a vendor
February 23, 2016
by Stefania Seccia follow this author
photos: Cover photo by Jackie Dives

As it’s the month of celebrating love, we decided to take that opportunity here at Megaphone to recognize five people and groups who really stood out in the past year for, essentially, making the world a better place for all. Won’t you fall in love with them with us?

“Love is the key we must turn / Truth is the flame we must burn / Freedom the lesson we must learn” – David Bowie, Love Song 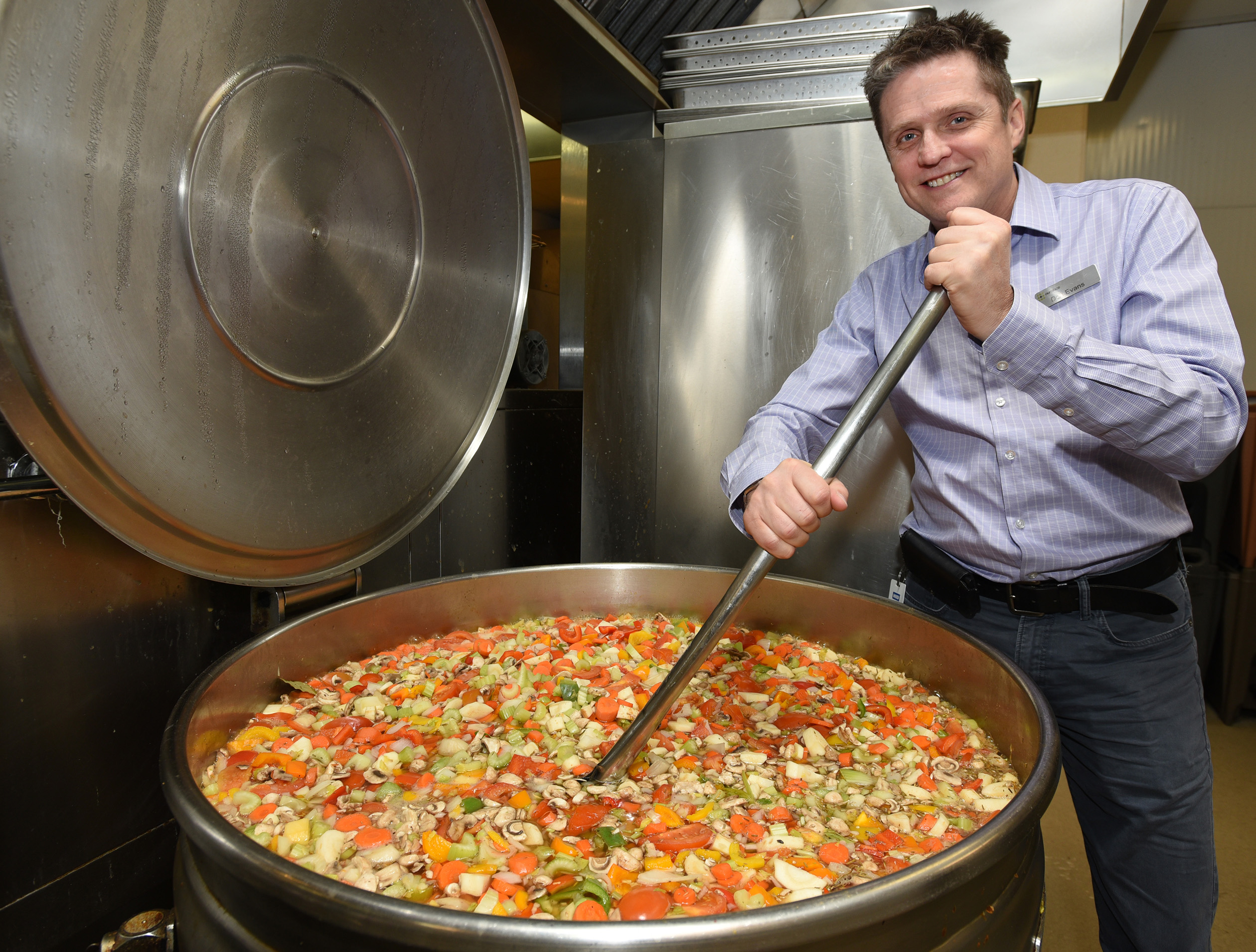 Our Place Society serves the most vulnerable in Greater Victoria, from the working poor, impoverished seniors to the mentally and physically challenged. It notably helped open the indoor tent city for 40 local campers in January—until April—allowing pets, buying them new tents, sleeping bags, mats, rubber totes, and lights. Don Evans, executive director, says opening up the society’s first shelter and getting another 58 people off the street, helping people from the camp into the transitional home, and connecting with people who are often off the grid has made the last year rewarding. “Seeing how the staff at Our Place have all come together and work together as teams, with the expansion of our hours, opening of a new facility, we’ve developed so many new programs this past year—everybody pulls together and makes it happen,” he says. Photo submitted.

“I have my own history of challenges. I know what addiction is and that connects me with the people in this field. It’s really about trying to make a difference through my own challenges.” 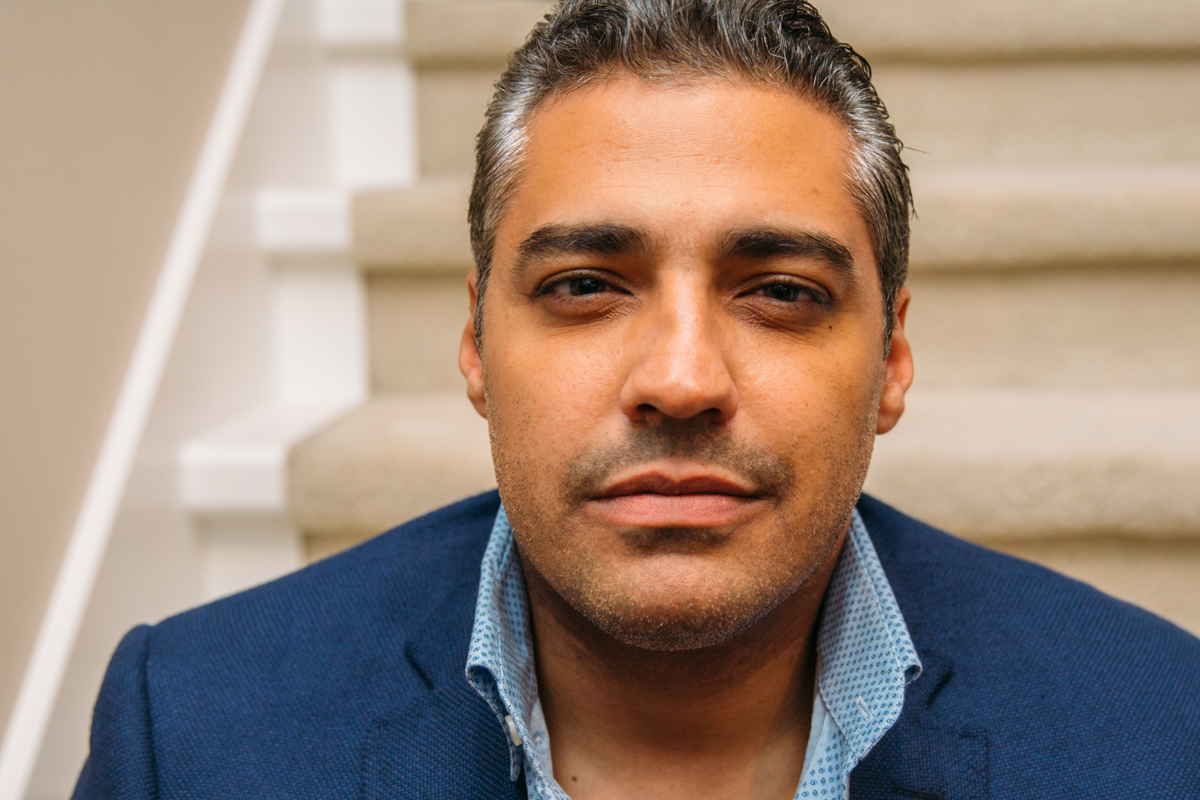 The whole world was watching when the award-winning journalist was finally released from Egyptian prison. The government tried to make an example of him for his in-depth political reporting for Al Jazeera English at the time. Fahmy was the international bureau chief. He spent nearly two years in prison after being wrongfully accused of conspiring with a terrorist group and fabricating news that Egypt was in a state of civil war. After his release, the Egyptian-Canadian moved to Vancouver with his wife this past fall. The Fahmy Foundation (fahmyfoundation.org), based in the city, was launched during his incarceration. With it, he hopes to financially support 10 journalists a year in distress, for legal fees or a plane ticket home. Photo: Jackie Dives

“This is my dedication to advocate [for] helping others because I know what happens in those dingy cells. I know raising huge awareness for someone could mean that the guards guarding him think 10 times before torturing him, giving him treatment, giving him more food or a bed so he doesn’t die.” 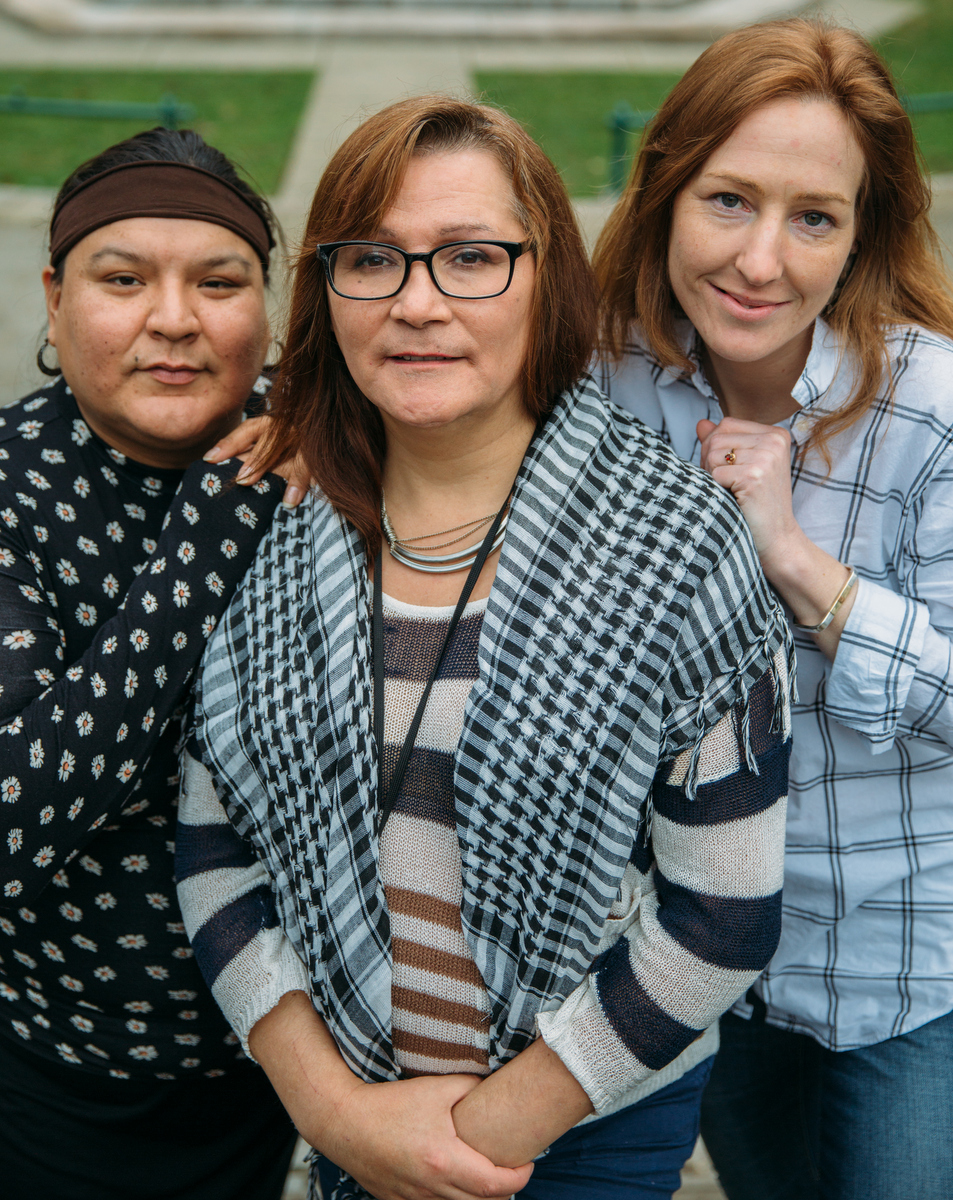 The Providing Alternatives, Counselling & Education Society located in the Downtown Eastside offers peer-driven support and low barrier programming to serve Vancouver’s sex worker community. The society has been involved in efforts to reverse recent federal policies that made conditions less safe and more isolating for sex workers. The outreach workers are former sex workers who walk down alleys and quiet streets, with kits and supplies in tow, trying to find people who often fall through the cracks. If they’re not helping sex workers on the streets, they’re sharing their ideas and influencing policy with Amnesty International, and in the year ahead they aim to provide more programs and events to improve the health and safety of sex workers. Photo: Jackie Dives 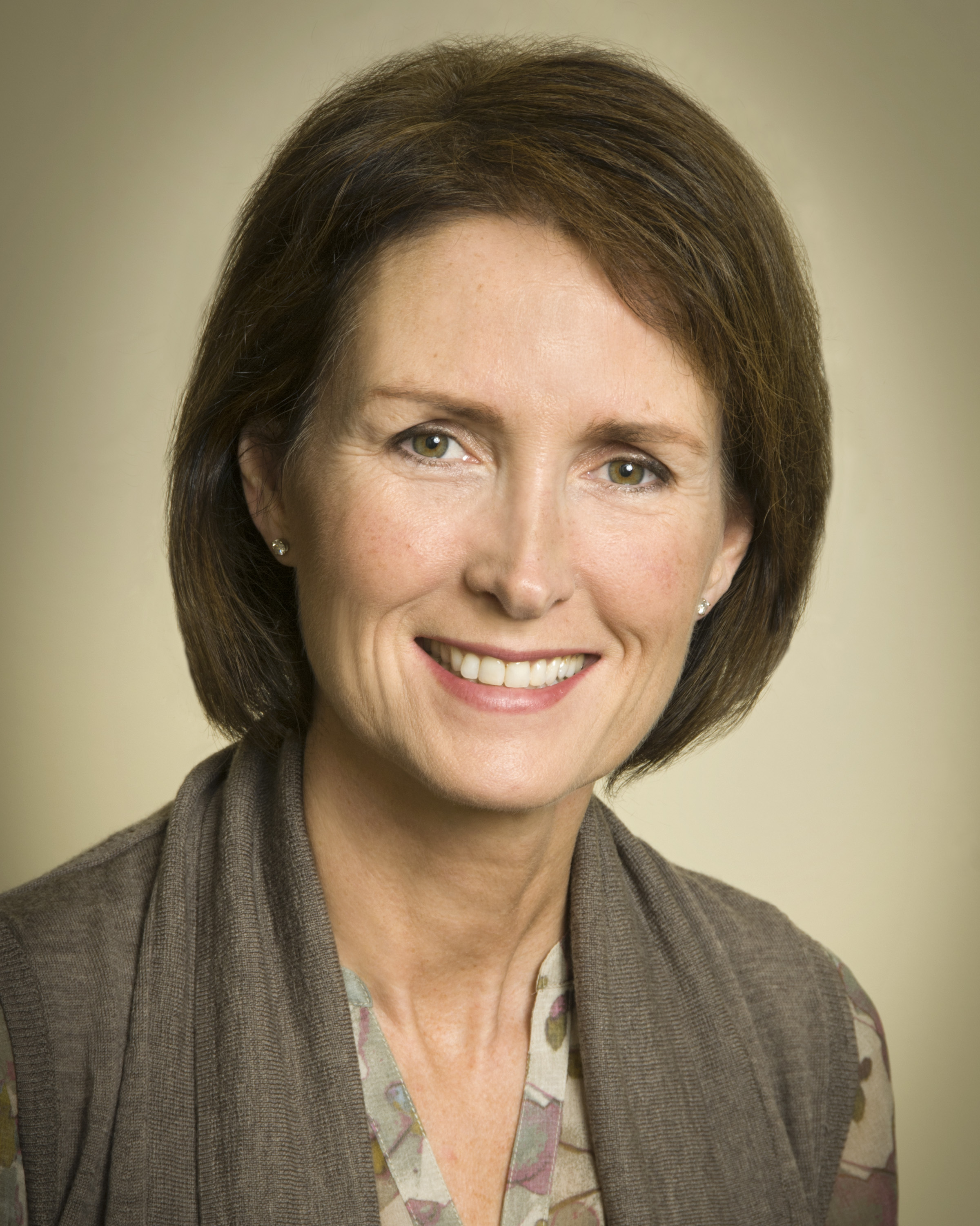 Mary Ellen Turpel-Lafond was appointed to ensure the Ministry of Children and Family Development is transparent and doing all it can to alleviate the suffering of B.C.’s most vulnerable youth. This past year was a particularly big one for her office with the release of the infamous Paige’s Report, which was emblematic of what a young teenager can experience living without proper safe guards under government care. Her office also handled 15,000 advocacy cases in the last year alone, and consistently advocates for the 3,000 children currently waiting for adoption. As for the importance of the role her office plays, she says, “The type of love we have for children has to be a bit of a selfless love, sometimes you have to give more of yourself than you expect to give back.” Photo submitted.

“It’s life affirming but also really important to stand with people who are vulnerable. … That as a community, as a parent, and as a person to stand with people when they’re in need of support and not just find reasons to walk past them. That’s got to be the most important thing: we stop, learn, and lend whatever assistance we can because that’s what it is to be human and that’s what it is to have a good society.” 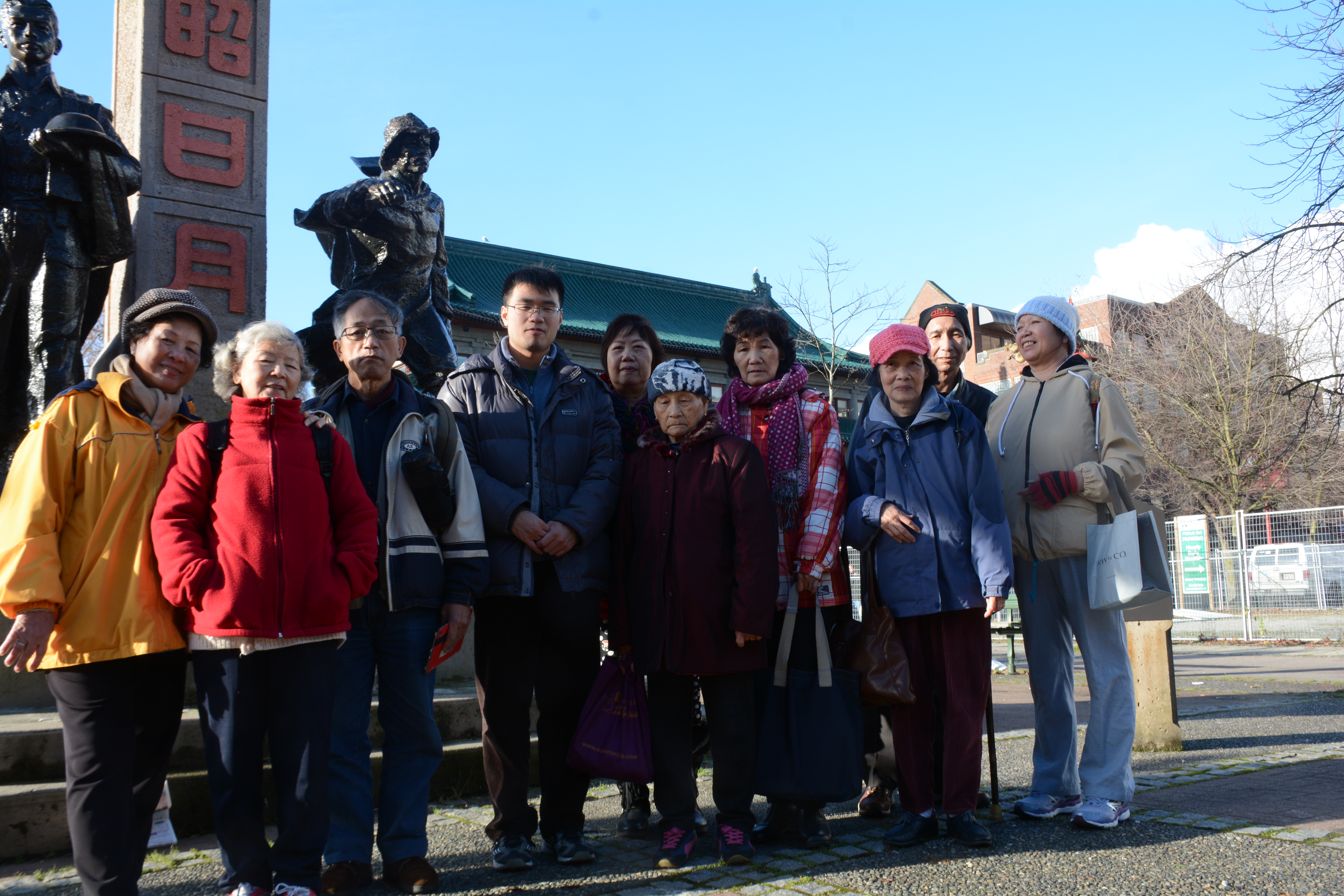 The group’s identity truly formed this past year as it launched a petition campaign calling on the City of Vancouver to put a temporary halt on new market development in the neighbourhood until there were “better policies to protect Chinatown’s heritage and culture from gentrification,” says King-mong Chan, the group’s lead. The group drew a line in the sand over the future of 105 Keefer St., which has a rezoning application that’s raised the ire of community members. “This application will definitely be one of the biggest issues in this coming year and this process is marking another defining moment for Chinatown and its community.” Photo: Stefania Seccia

“Gentrification is definitely a class struggle but it is also a race struggle for Chinatown. Through the work I’ve been doing, I’ve been reflecting on what it means to be Chinese. As gentrification threatens the cultural fabric of Chinatown, I’m compelled to stand and fight for this place that holds a cultural root for me as a Chinese person. But to not just do this by myself but instead to gather together with other Chinese-speaking community members to become a force that cannot be taken lightly.” – King-mong Chan