'We're here, we exist... and these are our voices' 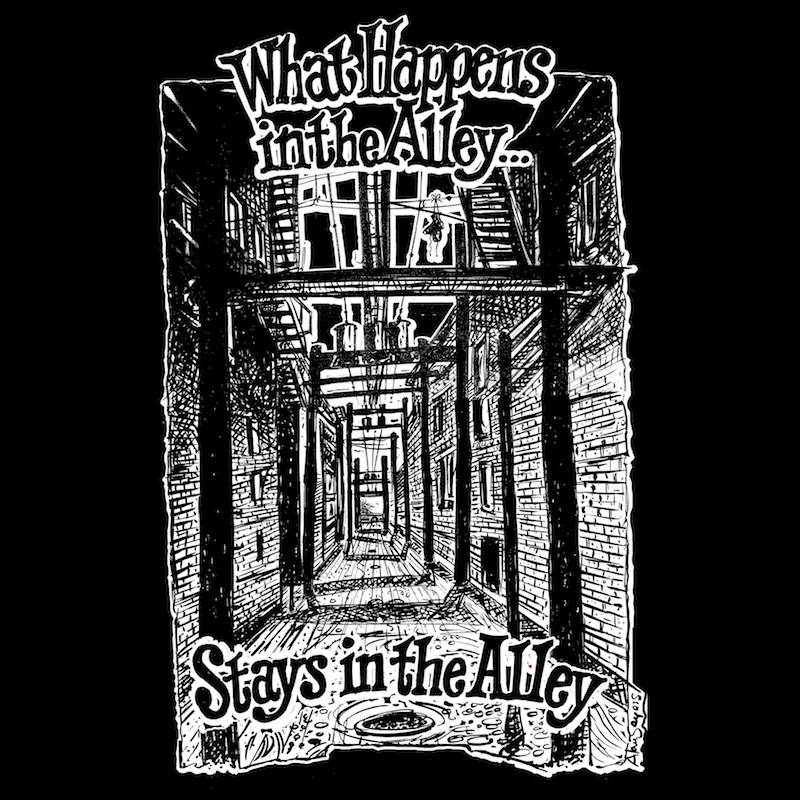 The Downtown Eastside rocks. Talented musicians from every genre live here, work here and play here. But that talent rarely gets recognized outside the neighbourhood. To showcase the incredible musical diversity of this vibrant community, Eris Nyx has produced a second album to celebrate and document these creative musical artists. 100 Block Rock 2 dropped Jan. 1, with 10 tracks featuring everything from punk, to Indigenous, to hip hop, to jazz.

Nyx is an artist who works and volunteers in the Downtown Eastside in several different roles. She works with the DTES SRO Collaborative, and organizes with the Drug User Liberation Front and the Black Lab Arts Society. Nyx advocates for police and prison abolition, a less harmful societal approach to mental health, ending the war on drugs and challenging other systems of oppression, such as colonialism. She plays in two bands and has published two books, both of which sold out.

Megaphone magazine recently spoke with Nyx and Noelle Chaos, whose one-musician band Chaos Disorder and Panic's song Homes Not Games appears on the LP. The following interviews have been lightly edited for length and clarity. 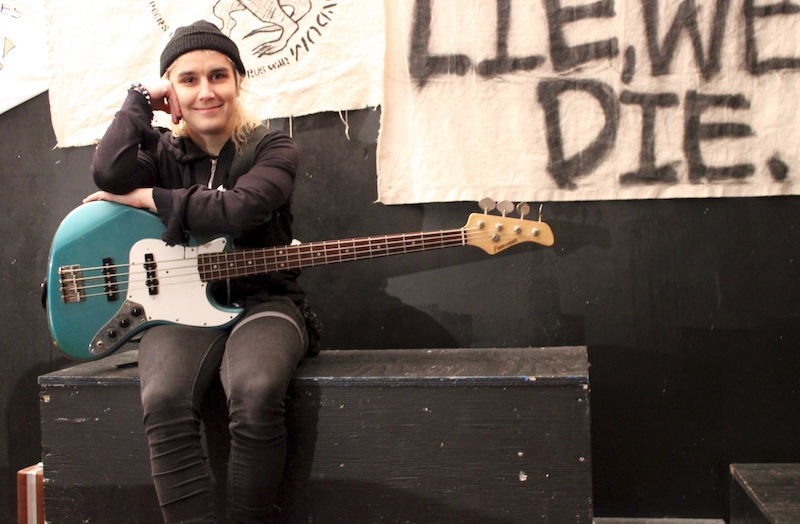 Above: Eris Nyx, an artist who works and volunteers in the Downtown Eastside in several different roles, has produced a second album to celebrate the range of musical talent in the neighbourhood. 100 Block Rock 2 was released in January. Photo by Jen St. Denis / The Tyee.

Megaphone: This is the second album from 100 Block Rock. How did the project get started?

Eris Nyx: The neighbourhood is being squeezed in from the drug war, gentrification…  from a whole bunch of compounding factors that are fully squeezing the talent out of the neighbourhood. Folks aren't getting out—unfortunately, they're dead in some cases. So it's kind of a cultural preservation project. It's a personal monument to the to the culture of the Downtown Eastside. It's saying, “We're here, we exist, we're not dead yet. And these are our voices.”

For me, this is all volunteer. It's a labour of love for my community. It's important to preserve the voices moving down here. But it's fun collaborating with these musicians—so that definitely drives some of the passion that goes into it. 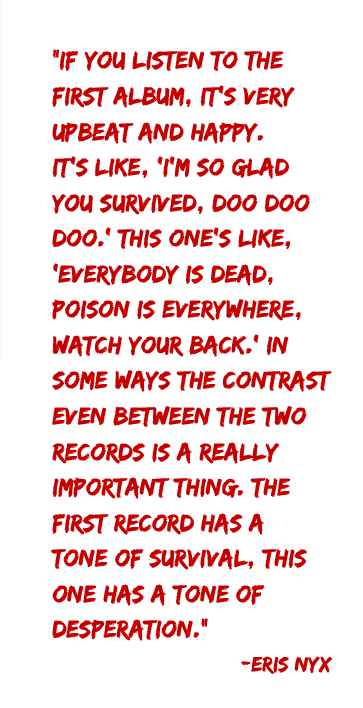 How did you choose who would play on the album?

We'd put up flyers around the neighbourhood and ask people, “Are you a musician? Do you want to be on this record?” We put posters up at the Carnegie, all the LP sites, on telephone polls.

We'd receive demos from people, sometimes poorly recorded on a phone, and bring those to a steering committee. We'd keep musical diversity in mind, because we didn't want eight people doing hip hop or playing jazz. We scored every single one of the demos.

Then we'd ask musicians, “If we could get anything you wanted to produce one of your songs, what would that take?” So for folks that didn't have full bands, we'd put together bands of studio musicians. We ended up with this really high-quality, well-produced rendition of all the neighbourhood's songs, which was really cool.

Every single person on the LP lives in the neighbourhood. Everyone's quite marginalized. These are folks living in social housing, housing of last resort or sometimes they're homeless. It was produced inside the community too, at KW Studios in the Woodward’s building basement.

So does this album represent the diversity of music from the neighbourhood?

I don't think I don't think you'll ever be able to capture the essence of the Downtown Eastside fully in 10 songs. There's so much diversity!

The first album had a lot more folk and this album is more heavily hip hop and rock.

In many senses, the neighbourhood is a true melting pot of people. People end up down here because they don't have anywhere else to go. The community kind of becomes their family. Or at least that's what happened for me. So, capturing that is pretty near impossible, but we did our best.

You've talked about how the album gives artists a ‘voice.’ Can you explain?

There's a lot of different reasons people end up in the Downtown Eastside. A lot of folks are quite marginalized—socially or from opportunities or systems that would otherwise help them get money to showcase their work.

We took people who would conventionally not have access to high-fidelity recording equipment. We'd say, “We’ve got a $20,000 grant, what do you need? What do you want? What do you want the song to be like after it's mastered?” We mixed every song with the musicians to ensure the outcome was as close as possible to what they were looking for. These are folks who would otherwise not be hearing such high-fidelity recordings. So in that sense, we're showcasing each individual artist in a way they want to be heard, which, to me, is giving them a “voice."

Some of the songs on the album are extremely violent, like Drug War that has violence against women, people who use drugs and cops. Are you worried this could create stigma against the community?

Artists chose songs they thought best represented the neighbourhood. The narrative of Drug War, despite its violence… it's addressing things. Hip hop is a narrative poetry. Violence and violence against women is the lived reality of the neighbourhood.

This record, in comparison to the previous one, seems a lot darker in tone. I don't know if that's because we've been in COVID-19 mode for two years now, or the overdose crisis has raged on and caused so much death and tumult.

If you listen to the first album, it's very upbeat and happy. It's like, "I'm so glad you survived, doo doo doo." This one's like, “Everybody is dead, poison is everywhere, watch your back." In some ways the contrast even between the two records is a really important thing. The first record has a tone of survival, this one has a tone of desperation. I wasn't responsible for that, it's just the way it ended up. 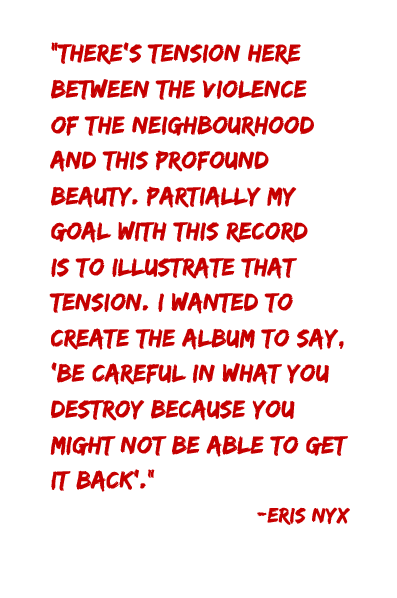 It has been an incredibly tough time for the community, especially with a poisoned drug crisis and COVID-19. What was it like producing an album in the middle of all of this?

Producing a record is like herding cats. People would sleep through their studio time and I'd have to go bang on their door and drag their butts to the studio. There's a lot of time spent making sure people show up—that'd be the case with or without COVID.

Every additional thing adds a layer. Folks involved in this project, myself included, are drug users and people in the community are passing away, or are losing friends and family. It makes it difficult for people to have the motivation to participate. Things are so dark, people become very disenfranchised. There's no love and light in the world. That in its own right creates a lot of problems.

And then obviously with COVID, if someone gets sick and they miss their studio time because they're in quarantine for two weeks, we have to reschedule.

Plus, there's the vaccine passport. These are all barriers to people in the community. Having ID to show with your vaccine passport, it's not easy for folks, especially if they don't even have a birth certificate.

Tell me about Chaos Disorder and Panic's song Homes Not Games. The punk song opens with: "This is a song about six million better ways to waste over $6 billion."

Noelle Chaos: It's a song I wrote leading up to the Olympics when I was watching all the gentrification unfold, and people were getting displaced and the city was torn up. All these things were happening so we could throw a rigged sporting event so a whole bunch of yuppies could have a party for a week or two.

Take the Cobalt Hotel. So many people got evicted from it, but also downstairs there was this bar where we used to have punk shows, legendary things created by punks, musicians and the community. Not only did people lose housing, but the Olympics also destroyed a community of musicians who'd lost their space to play music.

They were doing these street sweeps to shove everyone's problems under the rug or in jail so the Olympic committee wouldn't see we have poor people here.

It also kick-started renovictions all over the city because property developers realized they could get away with it. The Olympics were a catalyst for a lot of the things happening in the city today.

People always seem to have opinions about the Downtown Eastside based on news coverage, or because they've walked through the streets. What do people get wrong?

Eris Nyx: People think the Downtown Eastside is a very violent, awful place that should be stomped off the face of the Earth. I don't think the majority of observers see that it's a community. At the end of the day this is one of the most compassionate, caring and familiar neighbourhoods. There's a reason I choose to live down here.

There's tension here between the violence of the neighbourhood and this profound beauty. Partially my goal with this record is to illustrate that tension. I wanted to create the album to say, "Be careful in what you destroy because you might not be able to get it back."

So much has already changed since I moved here 10 years ago and one day it won't be the same place anymore. There's something very important to me about preserving the culture and the cultural legacy through this kind of project. It's like creating a monument to what's here.

Digital downloads and limited edition vinyl of 100 Block Rock 2 are available at: https://incidentalpress.bandcamp.com/album/100-block-rock-2 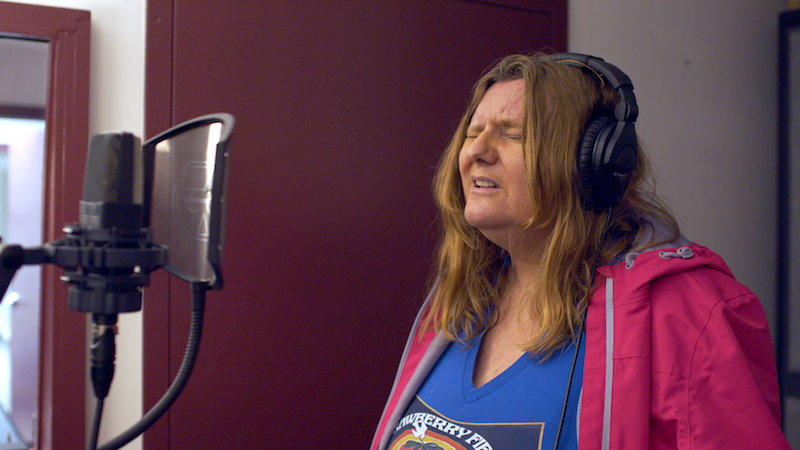 Above: Karen Colville belts out a tune during a recording session for 100 Block Rock 2, which dropped on Jan. 1. The album features 10 tracks showcasing several musical genres, everything from punk, to Indigenous, to hip hop, to jazz. Photo submitted.