join us donate
LOG IN or SIGN UP
Liquid syntax error: Error in tag 'subpage' - No such page slug join
find a vendor
January 02, 2020

by Rosemary Newton follow this author
photos: Canadian rocker Bryan Adams, in addition to being a singer-songwriter, is a talented photographer
feature

Straight from the heart 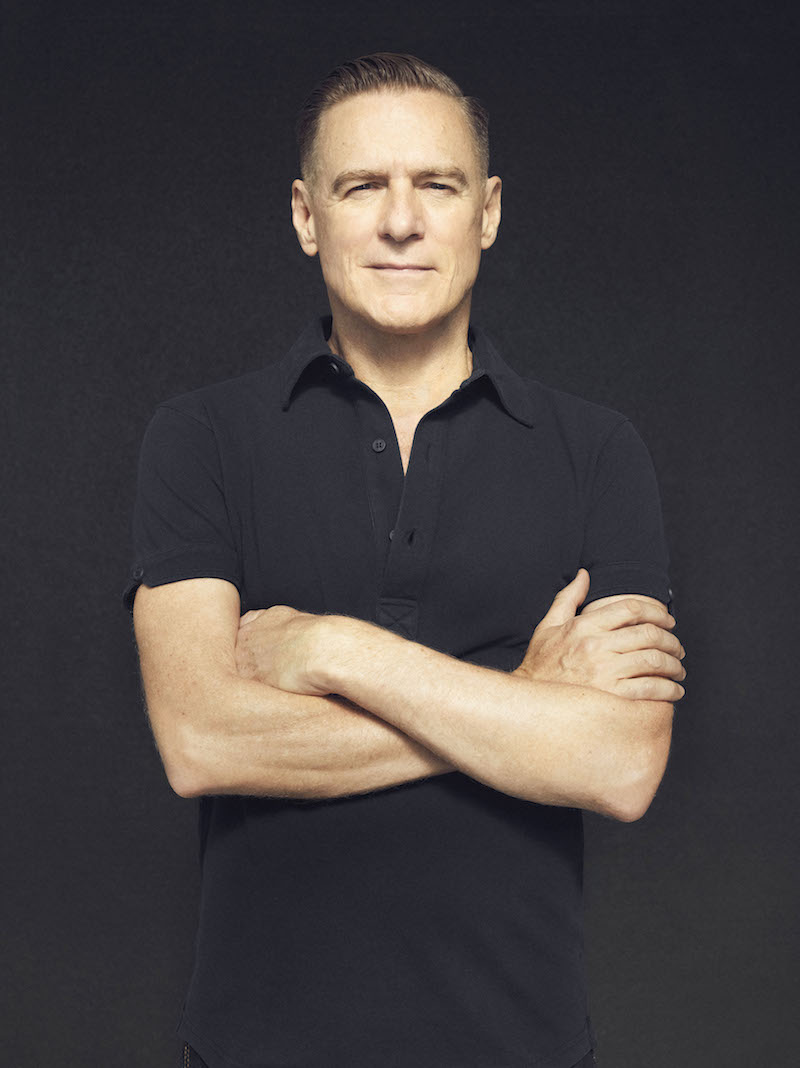 From his musical start in Vancouver, to headlining the global stage, Bryan Adams keeps his focus on a widespread problem: homelessness

Bryan Adams—arguably one of Canada’s most famous international exports—is a singer, songwriter, producer, musician, photographer, activist and philanthropist known the world over.

But he’s still true to his roots.

Born in Kingston, Ontario, Adams moved to North Vancouver with his family as a teen and became involved in the music scene in Vancouver, drawing inspiration from his surroundings.

He wrote I’m Ready at 12th and Carnarvon Street, according to the Globe and Mail, and smash hit Straight from the Heart at his apartment in Kitsilano.

It was also in Vancouver where he was briefly the frontman for Sweeney Todd, and subsequently met Jim Vallance, former drummer and principal songwriter for the Vancouver-based rock band Prism. Vallance has been Adams’ songwriting partner since 1978, and together, the duo has penned numerous hits, including Summer of ’69 and Run to You.

In addition to Summer of ’69 and Run to You, Reckless featured the singles Heaven, One Night Love Affair and It’s Only Love, a duet with Tina Turner.

To date, Adams has released 14 albums, including his newest—2019’s Shine A Light.

Adams has been inducted into the Canadian Music Hall of Fame, and even performed and produced a musical score on Broadway (Pretty Woman: The Musical). Adams has sold more than 75 million records worldwide.

In addition to his certifiable rock star status, Adams is a well-known philanthropist, founding The Bryan Adams Foundation in 2006. The foundation aims to protect vulnerable members of society, with a particular focus on education. Past projects have included supporting primary school re-developments and funding non-profit organizations that support sustainable food programs in schools.

Adams has exhibited his work across North America and Europe, and has released seven books featuring his photography.

His most recent publication, Homeless, was released in April of this year and visually chronicles the lives of 84 vendors who sell the UK street paper The Big Issue via portraits and shots of their daily lives.

“The photographs I took of people who live rough on the streets of London highlight an unavoidable fact, and almost every city around the world has a similar problem: too many people fall between the cracks and have no means to sustain a roof over their head,” Adams told The Big Issue, which—like Megaphone—is a member of the International Network of Street Papers.

“Thank goodness for organizations such as The Big Issue in the UK, which give the support the homeless need to get back on their feet. They help the vendors earn their own independent living by

selling magazines on the streets—and many people, some featured in this book, have survived because of this.”

The book highlights the stories of vendors such as Sam Woodlock, who started selling the magazine 21 years ago and has gone on to conquer substance use and become a franchisee who helps other vendors.

Vendor Paul Barton sold the magazine on the streets of London until early 2018 when he left to finish his law degree, aiming to become the first homeless person to become qualified in law.

Adams hopes that stories like these will change the perception of poverty.

“Homelessness is too widespread and significant to ignore,” Adams added. “Hopefully after reading this, you might think twice as you walk past someone trying to make their way selling the magazine, or even busking on the street.”

All proceeds from his book benefit The Big Issue Foundation, The Big Issue’s charitable arm. (You can purchase a copy here: https://www.bigissueshop.com/product/homeless-by-bryan-adams).

Adams, who turned 60 in November, is currently performing around the globe for his Shine A Light tour, but took the time to chat with Megaphone about his music, his commitment to a vegan lifestyle, advocacy, photography, and of course, his Vancouver beginnings.

Rosemary Newton: Hi Bryan—you’re such a busy person, thanks for doing this. I guess I’ll start with: What does downtime look like for Bryan Adams?

Bryan Adams: Usually it’s hanging out with my family.

RN: Tell us about your new album, Shine A Light.

BA: It’s my 14th studio album, and like all albums I’ve done, it’s simply the best songs I could come up with at the time!

RN: You moved with your mom and brother to North Vancouver when you were 15 years old. What are some of your memories of the North Shore?

BA: I discovered my voice while walking to school in Lynn Valley. I used to walk from Ranger Avenue down Mountain Highway. However, it was dropping out of high school at 15 to play music that gives me the best memories. I hated the cookie-cutter squareness of school, plus they didn’t play soccer. While rehearsing with other musicians, I became a singer because none of the other musicians wanted to do it. It’s kind of as simple as that.

RN: You quickly became immersed in the Vancouver music scene in your teens. What was that like? And did you ever play music in the Downtown Eastside?

BA: The scene in Vancouver back then [in the 1970s] was amazing for musicians. You could put a band together, learn some songs, and you’d get gigs—and maybe even pay your rent.

I started playing bars at 15, and had to be escorted to the stage as I was too young to hang around in them. By the time I was 17, I was getting hired by local agencies and the CBC to do vocal sessions.

The legendary keyboard player Robbie King asked me to sing back-ups for some local artists and I remember I did one gig somewhere for him on the Downtown Eastside in a kind of converted old house… I think it was with the lovely Ann Mortifee. I can’t remember where it was exactly.

RN: You’re such a global citizen now. Do you maintain any connections to Vancouver?

BA: Thanks… yes of course! I have family here and I also have my studio in Gastown [The Warehouse Studio at 100 Powell St.] where I record.

RN: You’ve participated in concerts and other activities to help raise money and awareness of various causes, and you started The Bryan Adams Foundation in 2006. What inspires your philanthropic side? Have you always wanted to help others?

BA: I think most people at a certain level have a moral obligation to give back to society. I came from nothing, and I remember how tough it was to earn a crust.

RN: You’ve recently released a book of photographs called Homeless that you shot for the UK street paper The Big Issue. In an interview about the book, you said, “The plight of people on the street is something we all see every day and I just thought it would be good to do a story on it… everyone has a story here.”

That concept is a key part of our philosophy at Megaphone, where we aim to amplify the voices of people not usually heard—those who are experiencing poverty and homelessness.

What did you learn from the vendors you photographed for Homeless?

BA: I discovered that the main problem for most of the people I met seemed to be alcohol, but the alcohol business is huge and there is no stopping it.

The cover of the book is a fellow who was on heroin. He died shortly after I worked with him and I didn’t find out until we had made the book. Very sad indeed, but a lovely guy.

RN: Would you ever consider coming to Vancouver and doing a similar project with Megaphone?

BA: Sure I would. Finding the time would be the tricky bit.

RN: The cost of living, particularly when it comes to housing, has become impossible to cope with for many Vancouverites. What are some possible solutions to making Vancouver more affordable?

BA: Whistler Housing Authority has a good plan that’s worth checking out. I know in London, all new buildings are required to allocate a portion of the building to low-income housing… I’m not sure whether they do that in Vancouver or not.

Also perhaps there needs to be some sort of foreign ownership surcharge on properties owned by offshore entities with a portion of those surcharges going to low-income families.

Maybe zoning could be eased to increase density in some neighbourhoods to allow more homes, with a portion allocated for social housing.

RN: The opioid overdose crisis in Canada has reached staggering proportions, with an average of four people dying each day in B.C.—10 across the country. How can we stop this?

BA: I’m aware of how bad it is. I’ve lost friends to it. With the advent of fentanyl and its accessibility through prescriptions, there’s no way to control it. The drug companies are making too much money to stop it.

RN: Our readers might be interested to know you’ve been a vegan for about 30 years. What led to that decision and what are the benefits of a plant-based diet?

BA: That’s easy! I decided in my late 20s that you couldn’t be a true environmentalist if you were eating animals and fish, etcetera. I read up and started life without eating them and I noticed within a few weeks that my health improved, so I’ve never looked back.

Bryan Adams is currently touring around the world as part of his Shine A Light tour. Learn more about this iconic Canadian at bryanadams.com