join us donate
LOG IN or SIGN UP
Liquid syntax error: Error in tag 'subpage' - No such page slug join
find a vendor
August 30, 2011

Cracking the Cycle: The new crack pipe distribution program will help save lives 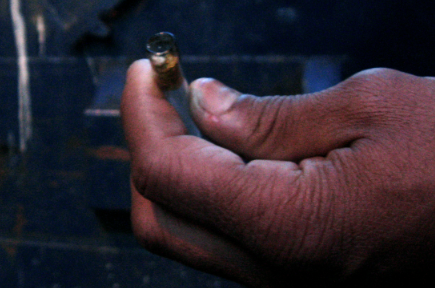 Every day countless crack-cocaine users across Vancouver put themselves at risk of disease by sharing crack pipes or using makeshift devices such as bottles, cans or cheap metals. While the federal Conservative government would disagree, Vancouver Coastal Health’s recent decision to hand out free, clean crack pipes will help some of our most stigmatized drug addicts stay alive.

Following the lead of cities such as Calgary and Winnipeg, Vancouver Coastal Health (VCH) will start handing out the pipes later this year. Since statistics show that most addicts share pipes, and diseases like HIV and Hepatitis C are transmitted through the open sores on cracked lips, the clean pipes will help cut down on infectious disease rates. It is a smart policy that will save both lives and money.

Unsurprisingly, it didn’t take long for the federal government to display its continued ignorance on the subject of drug addiction by opposing the project. “I am not in the business of passing out free crack pipes to anyone,” federal Justice Minister Rob Nicholson was quoted as saying. “Our emphasis has been to get people off drugs.” For a government that has fought tooth-and-nail to shut down Vancouver’s safe-injection site, despite overwhelming science supporting it, what else could one really expect?

In addition to the federal government’s ideological battle, there are many others who refuse to hand a lifeline to crack addicts. Unlike heroin users, who enjoy at least some cool caché from modern pop culture, there is little sympathy from society for crack-cocaine. Even on the streets, “crack heads” are often seen as the lowest of the low—even by many crack users themselves.

Without the immediate danger of overdose, addicts of this incredibly destabilizing drug have been left to their own devices. That’s meant sharing pipes and, sadly, diseases.

It’s time that crack addition be taken more seriously in our city. Most people are unaware that when the safe-injection site on East Hastings was created, they built a “safe-inhalation room” for crack smokers.

Of course, with little hope for federal approval, it’s never been used. That is a waste and it means more chaos for the users and for our streets. Megaphone staff can certainly attest to the fact that the drug long ago overtook heroin as the most popular in the Downtown Eastside—every day we have to politely remind people that our doorway is not a smoking den. It's clear: what crack addicts need is a safe place to smoke and clean pipes to smoke with.

Hopefully the VCH’s project will be the start of a new wave in how to deal with crack-cocaine addiction in Vancouver. We need to find ways to keep crack users healthy before we can begin to address how we can get them clean.