join us donate
LOG IN or SIGN UP
Liquid syntax error: Error in tag 'subpage' - No such page slug join
find a vendor
November 20, 2013 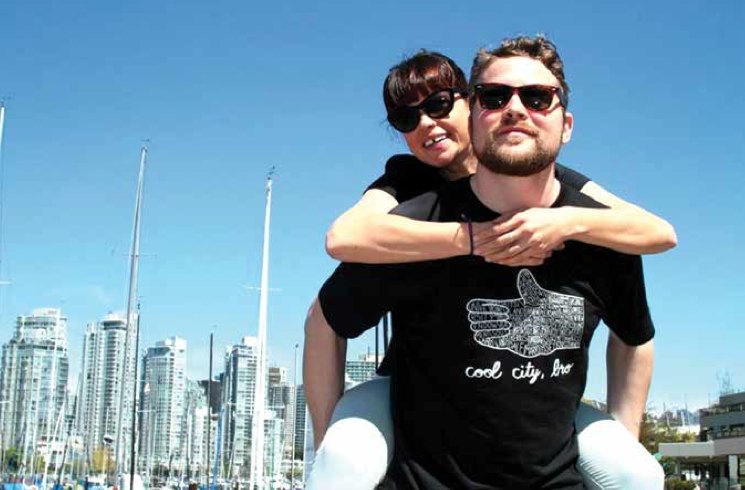 Justin Longoz is one of our favourite people. In addition to his work as an illustrator, designer and animator, this talented Vancouver-based artist has been contributing to Megaphone for years, designing eye-popping posters for our various fundraising and community events.

This summer, he and his brother Ryan pooled their creative efforts to help fundraise for Megaphone. After noticing the map of Vancouver resembled a giant thumbs-up, Longoz designed a T-shirt that incorporated the idea and celebrated neighbourhood pride, while his brother secured a Downtown Eastside small arts grant to cover the cost of the T-shirts and printing. The result was “Cool City, Bro”. After getting the shirts placed in several local apparel shops, they also sold the tees at the Chinatown Night Market for $20, with all proceeds going to Megaphone. In just a couple of months, they were able to raise more than $4,000, all of which will go to supporting the organization’s vendor program.

We checked in with Longoz to talk about his work and what it means to give back to his community.

Megaphone: You’ve created an amazing and diverse body of work including animation, posters, comics and T-shirts. How did you become interested in illustrating?

Justin Longoz: I’ve always been interested in illustration. It’s something that I never stopped doing when I was growing up. I think a lot of people find they’re interested in other things and sort of stop making the art they were taught how to make in, like, kindergarten. I just kept going. I always picked art class over music classes or PE if I had a choice in high school.

When I started university, I took some psych and sociology classes, but I was always drawing in class. I’ll bet if you look back at my notebooks and textbooks the margins would be filled with illustrations or flipbook-style animations.

Even when I went to film school I couldn’t seem to fully get into it. I was still drawing. I taught myself how to animate and when I left film school I got a job at an animation studio and never really looked back. 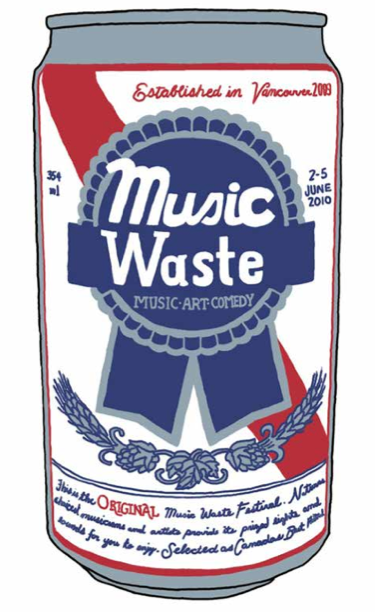 M: You have a really distinct and recognizable style. How would you describe your work?

JL: Simplicity and cleanliness are probably my favorite characteristics in art and design. I think that’s why you see a lot of clean lines and use of space in my work. All of the artists that I draw my inspiration from use simplicity and cleanliness, unless what they are doing calls for chaos. I try to do the same thing. I want to get a message across, but use as few lines and colours as possible. Anything more than what is necessary is just clutter and it ends up drowning out the story.

It’s rare when I want to draw something in intense detail, unless it’s some sort of centrepiece to an otherwise clean canvas. I love images that pop. I want you to be able to see my work on a wall or on television or wherever, and have it reach out to you and grab your attention.

M: How did you get involved in Megaphone?

JL: My brother Ryan has been volunteering for a very long time and I sort of hopped on the volunteer train.

I think that one of the first things that [Executive Director] Sean [Condon] asked me to do was the Night of Joyful Voices poster a few years ago. I’m actually working on this year’s poster right now (editor’s note: check it out here).

When I saw what Ryan was doing with Megaphone I thought that was really great, and I decided to try and put my talents to use helping out an organization that did something good for this city. This city is my home and I like trying to do something good for that city, and the people who live in it, when I can. 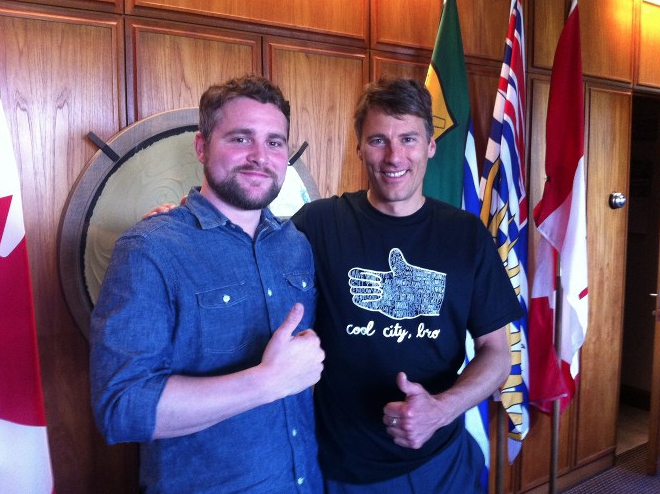 JL: There are a few things that I would still love to cross off of my design/illustration/animation bucket list. I’ve always wanted to do labels for beer. I’m a bit of a beer freak and I love some of the labels being generated for craft breweries right now.

I think I’d be really good at that. My brother and I have brewed a few beers over the last couple of years and I’ve slowly been practicing my label making skills.

I also love doing show posters. Anytime I get paid to make a show poster it feels like part of my dream has come true.

As far as animation is concerned, I’m a huge fan of stop-motion. If I could get some kind of work doing stop-motion I think that would be a dream come true as well. I’ve done some spec work with Converse Shoes, Perrier and Hot Lips Soda that you can find on my website. It’s always fun when you give life to inanimate objects.

Check out more of Justin’s work at JustinLongoz.com.