join us donate
LOG IN or SIGN UP
Liquid syntax error: Error in tag 'subpage' - No such page slug join
find a vendor
April 16, 2012 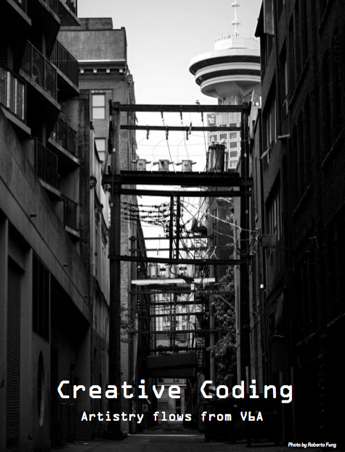 At the very top of the spiral marble staircase in the Carnegie Centre, past the century-old stained glass windows depicting Milton, Shakespeare, Spencer, Burns, Scott and Moore, there’s a small, light-filled classroom. Inside, 10 people sit around a table holding pens, scraps of paper in front of them. This is the Thursdays Writing Collective, a weekly workshop run by SFU Writer’s Studio alumnus Elee Kraljii Gardiner. But this isn’t your typical week at Thursdays, because today Kraljii Gardiner’s handing out contributor copies of V6A.

V6A, coedited by Gardiner with poet John Mikhail Asfour and published this April by Arsenal Pulp Press, is an anthology with a bold goal: to unmask the multifaceted personality of the Downtown Eastside, a neighbourhood so often (and so dully) reduced to the one-dimensional catchphrase “Canada’s poorest postal code”. The collection flaunts a varied roster of 32 contributors who range from emerging to well-known, all of whom share a history with the neighbourhood. The fiction, non-fiction and poetry cover a lot of ground when it comes to subject matter, creating a pastiche reflecting the neighbourhood’s hyper-varied inhabitants.

Many of the writers in V6A are affiliated with Thursdays in some way, whether they found their writing voice here in the Carnegie or they visited once as a guest speaker. When the writers get the copies of the book in their hands on this day, there’s a palpable sense of excitement for what’s been achieved. And that’s a lot.

Thursdays started in 2008 and has since grown to become a small-but-mighty cultural force within the city, a semi-secret literary club where experienced writers like Michael Turner and Fred Wah mingle with aspiring writers, many of whom live in the Downtown Eastside. Taking part in a Thursdays session is an immersive experience, and an eye-opening one, too. This room is bursting with talent.

“I really wanted to have a platform for the excellent writing I was experiencing [at Thursdays]. It’s heartbreaking to see writing suffer just because of barriers of poverty or access issues,” says Kraljii Gardiner of V6A. “And from having guest speakers come into Thursdays, and insisting that they write with us, I saw that it collapses the distance between experienced writer and emerging writer. And that does something really powerful when it comes to modeling with your own writing, and realizing that the page is … a place where everybody can meet on equal footing if they really want to.”

Emerging poet Henry Doyle’s work is a testament to Thursdays’ success in drawing out the talent from members of the community. A longtime resident of the Downtown Eastside and a Thursdays regular for four years, Doyle’s work recalls the gall and vigor of Bukowski. Since attending Thursdays, he’s been published in Megaphone, in local arts magazine Geist and, now, in V6A.

For Vancouver’s multimedia savant Michael Turner, who’s famous for both his novels (Hard Core Logo, 8x10) and his former band, the Hard Rock Miners, contributing to V6A was an obvious choice. “I do have a relationship to the area,” he tells me later, over the phone. “I used to volunteer at the Lookout in the fall of ’83, I lived at 441 Powell from ’87 to ’94, and I used to play [with my band] in a lot of the clubs down there. So when Elee asked me if I was interested in contributing I thought it would be a good way to recollect that time, through writing.” His story, “441 Powell”, is deeply autobiographical, focusing on a former life and love in an apartment by Oppenheimer Park. It’s also a reminder of the Downtown Eastiside’s oft-forgotten role as an incubator for local artists.

Madeleine Thien, the award-winning author of novels such as Dogs at the Perimeter, shares Turner’s desire to reconnect with youthful roots through contributing to V6A. “One day, I was sitting with John and Elee in Montreal, and they mentioned they were working on this anthology. I told them that I had gone to school in Strathcona when I was a child and then, as we continued talking, I realized that I wanted to contribute. This was a part of my life that, even after three books, I had never written about,” she admits via email from Germany. Her story, “The Fire Before”, describes how she found her spiritual core while growing up in Strathcona. “As a child, I was never scared there, never felt that it was a poor or degraded place; it simply was what it was. I wanted to write about a child's acceptance of it, and an adult's questioning,” she says.

Another V6A writer, Cathleen With, whose daring 2006 collection, Skids, also featured stories of kids in the Downtown Eastside, knows a different side of the neighbourhood. “I used to go down there with my parents; I just love the area. My dad would go to the pub at the same time as my mom and I went to the Army and Navy, and he’d chat up people who were probably down on their luck. At the time we called them rubbies, or something,” she laughs in recollection. “But I had my own problems with addiction, and I went into recovery houses when I was 21 … Some of the friends I made at the time who didn’t make it, they said, ‘You gotta get the stories out there that we weren’t just these throwaway kids.’”

With her wildly inventive, Geek Love-esque tale of a Downtown Eastside hermaphrodite endowed with a bit of real magic, “Super Phat Angel Baby,” she’s intent on revealing that life in the neighbourhood isn’t as simple as people think. “I wanted to show, there’s this happiness there, too … These people have dreams.”

A signal of V6A’s success is how all the stories and poems fit together, like puzzle pieces, to form a colourful, chaotic picture of the neighbourhood.

“For me it’s always about the total composition … There’s always the excitement around a new voice, and always the assurance of a familiar one. Sometimes when you put things together, you get a sound that you don’t often hear,” observes Turner.

It turns out that harmony was crafted, quite intentionally, by the collection’s skilled anthologists. “We took into account not just if the pieces we accepted were succeeding on their own terms, but if they spoke to a human quality that was interesting to us and if they worked in concert with the rest of the pieces,” says Kraljii Gardiner. “So, we didn’t tick off, like, we have nine men and nine women… but all the pieces kind of surged up, and it became very evident which needed to be included.”

Back at Thursdays, the writers aren’t allowing themselves much time to bask in the achievement of V6A. Already, they’re working on a new creative collaboration: the Stanza Project, in concert with Dutch architect Mark Proosten. The group is using Proosten’s designs, blueprints, and models as writing prompts—all tying in to the ongoing housing concerns of the Downtown Eastside. Gardiner enthuses: “Mark and I are hoping to present a paper at Oxford, which everybody at Thursdays is going to read and contribute to. And we’re going to have an art exhibit at the Liu Institute for Global Issues at UBC. We’re going to do a reading there, and a social writing thing, and then we’re going to produce a chapbook.”

Ambitious? Definitely. But if you ever had any doubts, Thursdays’ output offers pretty conclusive evidence that our city’s historical heart is home to a thrumming, creative core.